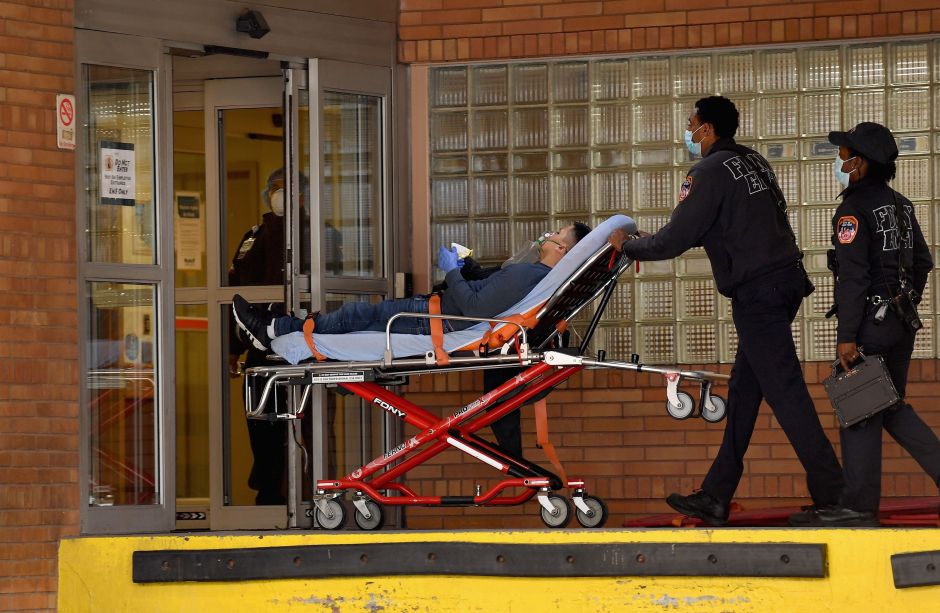 There are alarming disparities among the African-American community, but no data on impact among Latinos. (Getty Images)

Although statistics showing the impact of the coronavirus on the Latino community are not available, there are already alarming ethnic disparities in the country, so it is urgent that information on race and ethnicity be collected.

Dr. Tung Nguyen, professor of medicine at the University of California in San Francisco and director of the Asian American Health Research Center said that in Chicago, 52 percent of the cases and 69 percent of the deaths are of African-American residents who make up only 30 percent of that city’s population.

“This is a disparity that can be seen in other states such as North Carolina and Washington D.C.”, he said.

Dr. Nguyen’s remarks were made during an online conference organized by Ethnic Media Services on the topic of Health Access and Public Services during the Pandemic.

He urged local Public Health departments to collect and report information by race and ethnicity.

All to protect ourselves

Pediatric physician Stacie L. Walton said that to flatten the curve, “we need to be staying home, using social distance and wearing masks when in public places, and make that really work in all communities, including African-American communities.

But also, he said, we need to recognize that there are many minority communities who cannot work at home and have no choice but to go out. “That’s why these measures to protect yourself are even more important,” he said.

Daniel Turner-Lloveras, assistant professor of medicine at Harbor-UCLA Medical Center, said something has to be done to help groups that were already vulnerable before the Pandemic, such as the African-American and Latino communities, and anyone else facing barriers to accessing health care.

“We have to make sure that everyone, documented and undocumented, has equal access. We need to stop the arrest of immigrants seeking health care, as we have had reports of arrests, and that has to stop,” he said.

He added that overcrowding in jails and detention centers must be eliminated because they are an opportunity for the virus to spread across the country.

Testing and treatment should be for all

“We are concerned that during this crisis, we really need to make sure that everyone, citizens, residents, DACA – Deferred Action for Children – and TPS – Temporary Protected Status beneficiaries, as well as undocumented immigrants, have access to testing and treatment. Without this, we are putting all of our communities at risk,” he said.

There is a state option for Medicaid, he said, but it does not protect undocumented immigrants or even those who have recently received their green cards.

Also, he said they want to make sure immigrants know that they will not be punished with the public charge rule.  Public charge is a newly established rule that can limit, in some cases, access to residency for those who receive certain public benefits

But Talbot said there is money to help some immigrants get tested for the coronavirus at their community health centers, which the recovery package has given $3.3 billion to, even though it does not contain specific provisions to help them.

He added that they are very concerned about immigrants in detention, as this week they have received many reports that they are acquiring the coronavirus.

“They live in very close conditions and it is very dangerous for them. That’s why we think they should be released, starting with the elderly; and those with serious illnesses.

“There is only one exception, if you are a military husband with a social security number and your wife has an ITIN, you are eligible.

She reiterated that those who do not have a social security number are not eligible. The most recurring question they are asked is what to do to receive the economic stimulus check, she said.

“Those who have filed tax returns in 2018 and 2019, do not have to do anything because they will be made a direct deposit to the bank account used for the tax refund; or, in the last case, they will be issued a check.

Lough revealed that around April 17, they will have available a web application called ‘Where’s My Pay for Economic Impact,'” similar to ‘Where’s My Refund”.

“With the social security number, you can find out when you’re going to get it and what kind of payment. If on your 2018 and 2019 tax returns, you did not provide a bank account, as soon as the website opens, you can give us the information to make the direct deposit. That way you will receive the money faster than through a check,” he said.

Few benefits for the undocumented

Sebastian Sanchez, an attorney with Legal Services Bet Tzedek’s Employment Rights Project, said that unemployment benefits are not available to undocumented immigrants, even if they have been paying taxes, or whether or not they have an ITIN number.

Nor, she said, will they have access to any of the benefits approved in the coronavirus economic recovery package.

However, he revealed that they can benefit from sick pay and disability insurance in California because they are state-administered benefits.

“If your pay stub shows that you have paid state taxes, you are eligible. The problem is that on the forms to apply for payment, you are required to have a social security number, when most undocumented workers use a false number or someone else’s. If they use those, they can commit perjury,” he said.

The recommendation given is to use paper applications to request sick days or disability rather than online, and leave the social security number space blank.

“Maybe when the Department of Employment contacts you, they will ask for your pay stubs and your W-2 forms to prove that you are the person paying those taxes,” the attorney said.