THE FIGHT ISN’T OVER – CONGRESS CAN STILL RESCUE THE CENSUS 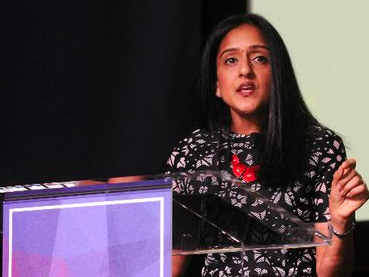 “Without action from Congress, the Census Bureau is guaranteed to miss millions of people across every state,” says Vanita Gupta (above), President and CEO of the Leadership Conference on Civil and Human Rights

While all eyes are focused on the 2020 elections, the clock is still ticking on the 2020 Census. If Congress doesn’t act to extend the Dec. 31 deadline for the Census Bureau to submit its final data, leading civil rights advocates — who have been at the forefront of promoting a complete count — warn that the consequences will be felt for a decade.

The Census Bureau itself has said it will not be able to deliver an accurate count by Dec. 31. It is charged with tabulating data from 150 million households within a shortened time span and fewer human resources due to the COVID-19 pandemic.

“The bottom line is that without action from Congress, the Census Bureau is guaranteed to miss millions of people across every state including people on rural and tribal lands,” said Vanita Gupta, President and CEO of the Leadership Conference on Civil and Human Rights.

“Skewed data is going to hurt our communities for a decade in a lot of ways,” she said.

Gupta made her remarks at a press briefing following the Supreme Court’s decision that abruptly ended data collection on Oct. 15 and mandated that census data be tabulated by Dec. 31. The briefing was cosponsored by LCCR and EMS.

Reps. Don Young (R-AK) and Congressman Ruben Gallego (D-AZ) introduced HR 8250 in the House Sept. 14, seeking to extend the deadline for data collection to Oct. 31. That deadline passed without any action on the bill.

The bill would also shift the deadline for tabulation to July 1, 2021. The bill now resides with the House Oversight and Reform committee. A similar bill was introduced Sept. 15 in the Senate by Sens. Brian Schatz (D-Hawai‘i), Lisa Murkowski (R-Alaska), and Dan Sullivan (R-Alaska).

The Trump Administration, which earlier lost its battle to include a citizenship question on the nine-question poll, is now pushing to exclude undocumented people from the final population count used to reapportion districts. The Supreme Court is set to hear the case Nov. 30.

Marc Morial, CEO of the National Urban League, said: “The Supreme Court has aided, abetted, facilitated, and become willing co-conspirators in the administration’s effort to politically interfere with the Census and to cheat the American people out of their constitutional right to a representative government, and necessary federal funds.”

“The Trump administration has made countless efforts to sabotage the census to erase historically undercounted communities, especially those which have been disproportionately impacted by Covid-19,” said John Yang, executive director of Asian Americans Advancing Justice. “Make no mistake: the Trump administration has been deliberately undermining the census for purely partisan political gain.”

Referring to the Nov. 30 Supreme Court case, Yang said: “I’ve said it before and I will say it again today: the mandate of the United States Constitution says that all persons must be counted in the decennial. The same is true for the apportionment count: the Constitution expressly States all persons. It does not state just citizens.”

Arturo Vargas, CEO of the National Association of Latino Elected and Appointed Officials — NALEO — said Latinx people have never accurately counted in previous censuses. He challenged the Census Bureau’s assertion that 99 percent of people have been counted. “The Census Bureau may have touched 99 percent of the households on its address list, but we have no idea if everybody living in those households were counted.”

He called for Congress to step in and allot more time to ensure an accurate count. “The work isn’t over. We will continue working with our partners to ensure that we do all we can to salvage this foundation of our democracy.”

Morial said Blacks, especially in the South, have failed to reach the self-response rate of 68 percent. He predicted a historic undercount of the community.

Kevin Allis, CEO of the National Congress of American Indians also predicted a severe undercount of tribal communities, with self-response rates 25 percent lower than the national average. He added that federal resources critical to ensuring the economic well-being of native Americans would be incorrectly apportioned based on an inaccurate census count.