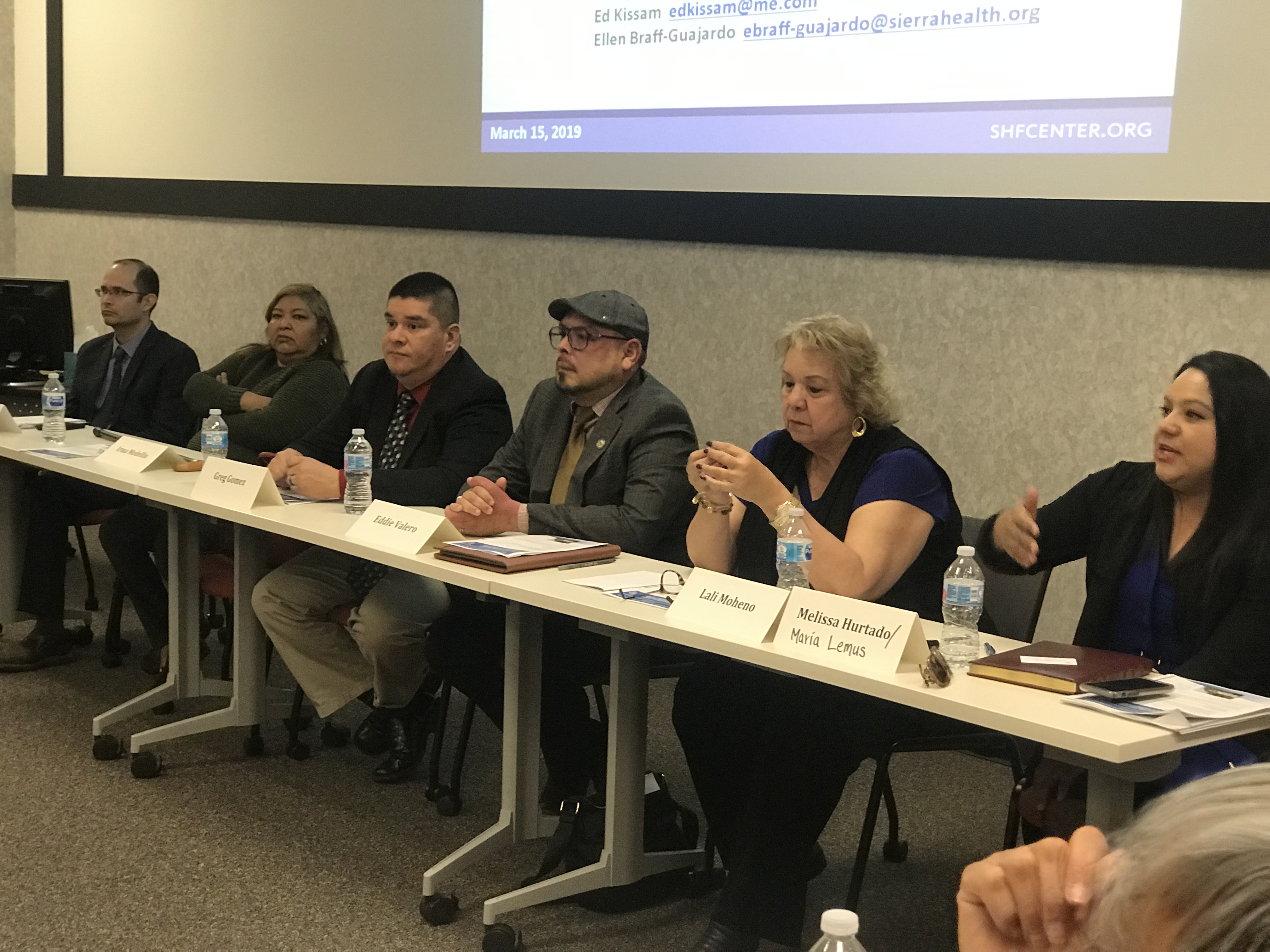 VISALIA, Ca. — Community stakeholders and local reporters came out in force March 15 to discuss Tulare County’s risk of once more being undercounted in the 2020 Census and what that will mean for its fortunes for the next 10 years.

U.C. Merced Sociology Professor Edward Flores opened the press briefing with a multimedia presentation that explored why the county has ranked as among California’s most undercounted regions going back decades.

Among the reasons: The state’s suburban and rural communities like Tulare have challenges unlike those of more urban settings. Simply knowing where to find people living in unincorporated areas stifles traditional methods of Census enumeration, as does accessing populations who share households with other families or live with multiple generations.

Compounding these are language barriers, mistrust of government agents asking questions and, as of 2020, the Census Bureau’s decision to save money by changing its primary way of gathering data — from sending surveys sent through the mail to expecting people to submit surveys online.

Local elected officials, activists and academics presented a range of perspectives at the briefing, which Lali Moheno, a former member of the county board of supervisors who heads the Hispanic Chamber of Commerce, said was the largest gathering of stakeholders she’d seen in years.

Tulare County’s District 4 Supervisor Eddie Valero told the gathering of about 50 how, in his own district, there are 11 unincorporated communities.

The once-per-decade Census “is the most inclusive civic activity in our country,” Valero said. “Let us be proactive, support, engage and inspire our communities. I urge you to build a coalition to make this happen. Together, we are better.”

The most overlooked nationwide demographic in previous Censuses has been children younger than 5 years old.

“That’s a big mistake,” award-winning community leader Irma Medellin said, recalling how her community of Glenview needed a park, but impressing officialdom with that need was made difficult by the fact that more than 50% of its children were not reflected in Census data.

Medellin immigrated to the United States from Mexico as a child, eventually working as a school volunteer and meeting other immigrant parents who inspired her activism. She has helped promote safe alternatives to pesticides, among many other things, and currently is trying to develop leadership committees in unincorporated communities.

“We come because we want a better future for our families,” she said. “Maybe we come as immigrants, but we live decades here and now are citizens. So that changes everything.” She cited pedestrian barriers to being counted in the past Census efforts such as enumerators’ fear of dogs, of language barriers, or dwellings that “look no muy bien.”

“We can help,” she said. “Todoes estamos contados.” (We all count.)

Greg Gomez, mayor of Farmersville, spoke of how late last year his city council passed a resolution to condemn the Trump administration’s proposal to add a citizenship question to the 2020 Census.

The question of citizenship is irrelevant to the Census’ mandate, established in the Constitution, to simply count every human being in the country, Gomez emphasized. “The constitutional purpose is to establish districts,” he said, referring to the distribution of political power: in Congress, state government and Electoral College votes. “In the Constitution it says ‘persons’ will be counted. It doesn’t specify citizens.”

He noted that, even if the Supreme Court ultimately overrules several federal judges who’ve found in favor of challenges to the proposed question, there are strict rules protecting census data confidentiality for 72 years after the information is gathered.

Cindy Quezada, of Fresno’s Central Valley Immigrant Coalition, shared her findings from surveying Central Valley households that found people’s willingness to participate in the census (which is mandated by law) drops from 84% to 46% if the citizenship question is added.

But current fears over the proposed addition of a citizenship question to the Census questionnaire were countered by calls to action by community leaders.

“As a Dreamer, I’ve contributed to the community. I have two paid jobs right now, and so, it’s nice to have a voice in something like this. The more people get involved, it helps bring awareness to the community, how many dreamers, what’s the population of Dreamers here, and stuff like that,” said Diego Ortega.

Yolanda Valdez, superintendent of the Cutler Orosi Joint Unified School District, pointed out that schools already, on their own, gather much of the same information that the Census does and could potentially help in assuring a complete count.

As part of the process of obtaining state funding, she said, schools routinely ask students’ families about how many people live in their households, whether they share those households with other families and what their income is and whether students are homeless or English language learners.

“It’s a missed opportunity,” she said. In her district, Valdez said, students are encouraged to make sure their caregivers provide the required information, and classes that become 100% compliant are celebrated.

“It’s going to be important for community groups to come up with a positive, proactive face. We’re going to be cool about this and help the people fill out the forms, let them know how important it is to get the funding for the children and for everybody else who needs it to become self-reliant,” Moheno said.

Mark Hedin is a reporter for Ethnic Media Services. He has written previously for the San Francisco Examiner, the San Francisco Chronicle, the East Bay Times, Central City Extra, and SF State’s Golden Gater, as well as other papers.