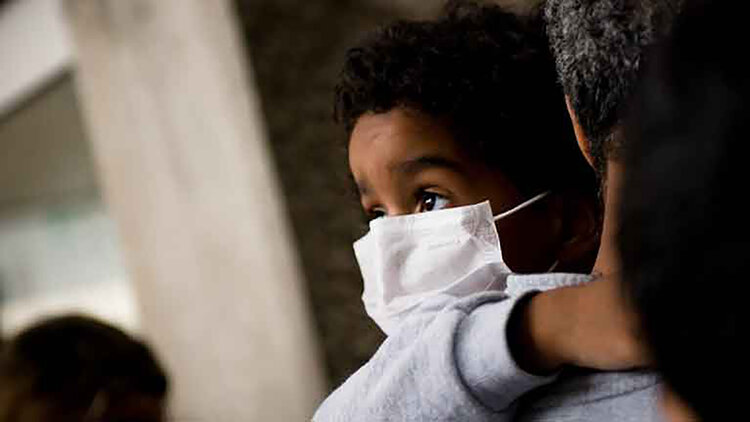 Some 40 million children currently enrolled in Medicaid or CHIP (Children’s Health Insurance Program) nationwide are at risk of losing their health insurance once the COVID-19 Public Health Emergency (PHE) expires. Declared in early 2020, the PHE provides a federal guarantee of continuous Medicaid coverage during the pandemic.

Initially set to expire on July 15, the Biden administration last week extended the declaration to October 15.

According to the California Department of Health Care Services (DHCS), of the 5.7 million children covered by Medi-Cal (California’s Medicaid health care program) in the state, between 800,000 to 1.2 million kids will lose their coverage once the PHE expires. States, meanwhile, will have to once again verify eligibility for those enrolled in Medicaid, including kids.

“This will disproportionately impact children of color, who are more likely to rely on Medicaid for coverage,” said Mayra Alvarez, president of The Children’s Partnership, during a May 20 briefing hosted by Ethnic Media Services.

“Seventy five percent of the more than five million kids covered are kids of color who will miss out on critical preventive and primary care services that are especially important for our youngest children.”

Under the PHE, families could stay enrolled in health care coverage through Medicaid without additional administrative renewals or having to prove their eligibility. Free COVID testing and treatments, vaccinations, telehealth access and other public programs were also available.

“Children still need to catch up on their well child visits that were not only missed during this pandemic, but that are particularly important during the first few years of a child’s life when 90% of her brain development occurs,” said Alvarez.

For Georgina Maldonado, Executive Director of the Community Health Initiative of Orange County, these changes have helped address longstanding systemic barriers “we have been fighting historically as a community.”

“If this is working, why bring back the barriers that have prevented us from obtaining healthcare coverage?” Maldonado said.

California Governor Gavin Newsom has launched a multibillion-dollar initiative to prioritize child and youth mental health, including early care and learning investments. Thanks to grassroots organizations like Maldonado’s, undocumented children are now eligible for full scope Medi-Cal, which includes health, dental and vision care. Despite these efforts, less than half of uninsured children who are eligible for Medicaid are enrolled in the program.

That is why the Children’s Partnership has been working with Assembly member Blanca Rubio (D-Baldwin Park) on AB 2402, which would guarantee multi-year continuous Medi-Cal coverage for kids aged 0-to-5 years. The Senate has included the bill in their list of budget priorities now under negotiation with the Assembly.

“The opposition to the bill comes from people who believe poverty is a personal responsibility, and that there should be steps for people to prove their eligibility for these programs,” added Alvarez. “Some people are concerned with the cost of programs more broadly.”

At the federal level, the expiration of the PHE will mean 80 million people—including 37 million children—will need to have their eligibility verified, said Joan Alker, healthcare research professor and executive director at the Georgetown University Center for Children and Families.

States will have 12 months to verify eligibility once the PHE expires. States can also reject the extra funding, while Congress could act to lift the Medicaid continuous coverage protection on a certain date. The Biden administration said it would give states 60 days advance notice if they plan to lift the PHE.

“It’s not that easy to enroll in Marketplace coverage, particularly for families with limited English proficiency. I worry greatly that these are the kinds of families that we’re going to lose during this process. We’re going to need a lot of community support to educate folks and help them through this transition,” said Alker.

“It is critical because the counties who are beneficiaries (of the Medicaid program) usually contact families every year through this renewal redetermination process,” explained Yingjia Huang, assistant deputy director at the DHCS.

In April, the department rolled out an initiative called ‘DHCS coverage ambassadors’ to encourage community based organizations and advocates to spread the word through social media messages, flyers and direct calls in 90 languages to encourage families to update their addresses and phone numbers. Huang urged families to reach out to their counties via phone or by visiting https://www.mybenefitscalwin.org or https://www.coveredca.com