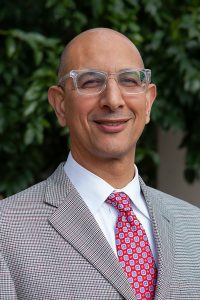 Currently, 20, 262 California residents are in hospitals due to COVID-related illnesses, a decrease of 8.5 percent from last week. Approximately 4, 963 people have been admitted into intensive care units in California, a 2.8 percent drop from the previous week.

The expected post-holiday surge did not emerge, said Ghaly. “There is a ray of hope. Hopefully, by the end of the end of this month, we will see a further decrease,” he said.

The state issued a hospital surge order Jan. 5, allowing patients to be transferred from hospitals with 0 percent capacity to facilities with a bit more room.Currently, most Southern California hospitals have 0 percent ICU capacity; the San Francisco Bay Area also has almost no ICU capacity.

The state has also requested 500 medical personnel from the federal government to add to its pool of 3,200 medical professionals. It has also developed 10 alternate care sites for less critically ill patients who are residents of assisted living facilities.

On the vaccination front, California met its goal this weekend of administering 1 million more doses of the Pfizer and Moderna vaccines, opening up the first tier to health care workers, people in assisted living facilities, and those over 65. A total of 1.5 million doses have been administered.
The state has received a total of 3.2 million doses. Ghaly explained that some doses are being held back so that people can receive the second mandated dose within 28 days of receiving the first dose.
Approximately 51,000 doses of the Moderna vaccine — shipped out between Jan. 4 and Jan. 8 — have also been held back after 10 people who received vaccine from that batch in San Diego needed follow-up care for symptoms of anaphylaxis.

A new variant strain of coronavirus — variant L452R, a mutation of the genetic code — has emerged in California. “We’re working hard to understand what this mutation means and the role of this variant in our transmission rates across the state,” said Ghaly.

L452R has been linked to the large outbreak of COVID last December in Santa Clara County.

The B117 variant in the United Kingdom has caused a 70 percent increase in transmissibility, said said Paul Kellam, a professor of virus genomics at Imperial College London, as reported by The Guardian newspaper.

Ghaly said there is no information yet as to whether the mutation causes reduced efficacy of the vaccine.