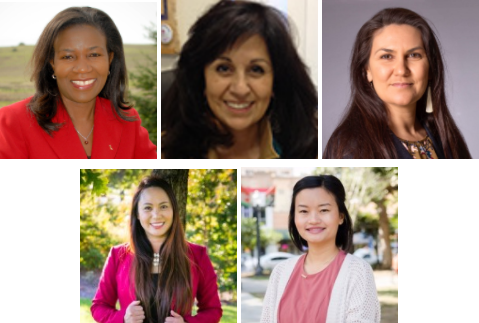 Partnering with local community-based organizations, the Sacramento County Department of Public Health has developed a COVID vaccination plan which focuses on equity, in a region with diverse demographics.

As of March 10, the county had administered 322,691 doses of the Pfizer and Moderna vaccines, and will soon administer the single shot Johnson and Johnson vaccine. Breaking down the demographics of vaccine distribution at an Ethnic Media Services press briefing, Mike Nguy, COVID-19 Health Equity Lead at the Sacramento County Public Health, said White people, who make up 64 percent of the population, had received more than 140,000 doses, while Asian Americans received 45,449.

LatinX people, who make up 20 percent of the population, received only 26, 772 doses, a little over one-third of what they were demographically entitled to. Black residents, who make up 10 percent of Sacramento County’s population, should have received more than 32,000 doses, but only got less than 14,000. Native Hawaiian Pacific Islanders received 4,286 doses, while Native Americans received 1,312.

“With the limited number of vaccines, we are working really hard and closely with our community partners to ensure equity and to ensure inclusive outreach, especially to disproportionately impacted ZIP codes,” said Nguy.

The county has rolled out a hotline in several languages to instruct people on how to register for a vaccination. It is also providing transportation to and from vaccination sites. Three super sites have been set up at Cal Expo, McClellan Park, and in South Sacramento.

Dr. Olivia Kasirye, County Health Officer at Sacramento County Public Health noted that young people between the ages of 18 and 59 accounted for more than 60 percent of the more than 90,000 infections in the county. “This is the population that is most mobile; these are the people who go to work. And so I think it’s no surprise that they are the most at risk,” she said.

But of the 1,537 deaths from COVID, 80 percent were people over the age of 65, and 50 percent of them were in long-term care facilities.

Sacramento County teamed up with its fire departments to go out to long-term care facilities and provide testing, so that people did not have to be transported to hospitals every time they showed symptoms suspected to be a COVID infection, said Kasirye. The county also prioritized its homeless population, providing testing, clean water, and sanitation.

Community based organizations have been critical to the county’s efforts, said Kasirye, noting that CBOs are trusted messengers. Leaders from several local community organizations also joined the March 10 briefing.

Britta Guerrero, executive director of the Sacramento Native American Health Center — which focuses on urban Native Americans living in Sacramento County — said her organization has focused on the social determinants of health and helping people organize their access to health benefits. “Giving someone a MediCal card does not ensure that they know how to access health care,” she said.

In the community Guerrero serves, most patients suffer two or more chronic conditions, putting them at much greater risk of being hospitalized or dying from COVID. “There is no ability for them to social distance at home and many people stay at home rather than coming to the hospital.”

SNAHC has had great success with tele-health, people using their phones or laptops for consultations: 80 percent of doctor’s visits are now done in this manner. Guerrero said she has seen a dramatic rise in the number of mental health consultations during the pandemic.

Rachel Rios, executive director of La Familia Counseling Center, said the LatinX community has been hugely impacted by COVID. “Latinos are the essential workers. They’re the backbone of our economy in California. They are the ones going to work. They didn’t have the opportunity to telecommute and to stay home. They had to show up for work or lose their jobs,” she said. People also feared accessing health care because of the public charge rule — which was dismissed by the Supreme Court March 9 — for fear of impacting their immigration status.

The novel ‘Housing for the Harvest’ program has offered temporary hotel housing to agricultural workers who needed to isolate due to COVID-19, so that they did not infect their families.

“ I am hopeful that the narrative around immigrants will change: that we will see their value and finally recognize that they have been working and keeping our economies together, but I worry that that once the infection goes back that we would go back to how things were,” said Rios.

Stephanie Nguyen, executive director of Asian Resources, and Nancy Xiong, executive director of Hmong Innovating Politics, both advocated for in-language COVID materials for their communities. Xiong also spoke about the need for disaggregated data, noting there is a large population of Hmong people working in California’s Central Valley meat packing plants — which have been breeders of COVID infections and illnesses — but data on the community has not been parsed out.

Xiong also advocated for a permanent health clinic in South Sacramento to serve the largely monolingual Hmong community. “A lot of our community members are ready and interested in getting the COVID vaccine but are having trouble getting it, which I think generates more mistrust,” she said. Her agency is currently phone-banking in the Hmong community and making appointments for people to get vaccinated.

Nguyen also spoke about the rise in hate crimes against the Asian American community. “People are worried about leaving their homes,” she said, noting that her elderly parents were recently subjected to racist language when they got into a car accident.