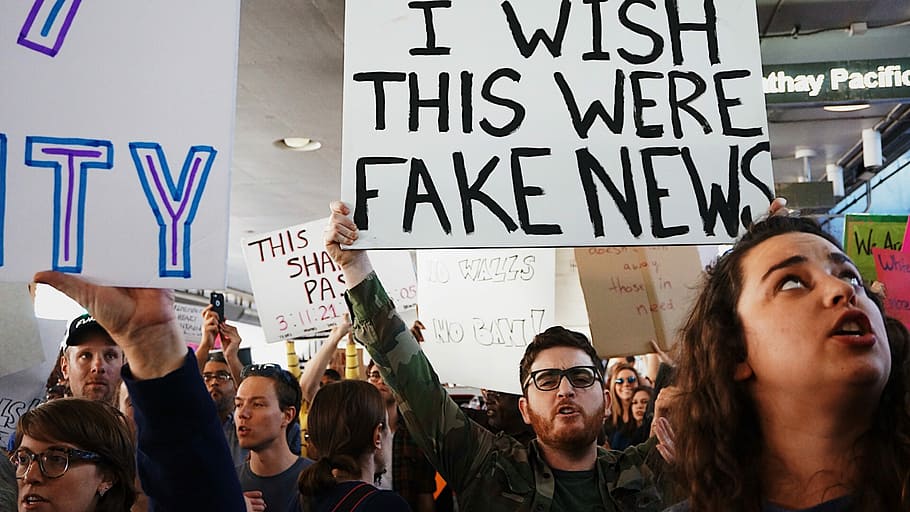 Editor’s Note: The world is less free today than it was two years ago at the start of the Covid-19 pandemic. That’s the stark conclusion of the new book, “The Infodemic: How Censorship and Lies Made the World Sicker and Less Free,” which examines how governments worldwide leveraged the global health crisis to aggrandize state power at the expense of individual liberty. The book is co-authored by Joel Simon, former head of the Committee to Protect Journalists (CPJ). He spoke with EMS Contributing Editor Peter Schurmann.

Toward the end of your book you cite data from Freedom House that shows just 20% of the world now lives in a country or region classified as free. How did we get here?

It’s been a long slow process that was accelerated by the pandemic. It’s been described in various ways as a democratic recession, a sort of moment when autocratic leaders found a way to maintain power in a corrupt form of politics… and that’s been accelerated by information technologies. We’ve seen these periods in the last 20 years where the rights environment deteriorated. One was the War on Terror, when countries around the world co-opted that framework to justify a crackdown on essential rights. We saw it again during the period of the Color Revolutions following the Arab Spring, which was an optimistic time for many people, but was one in which autocratic governments around the world recognized the threat of independent information and sort of coalesced around new strategies to manage and control dissent. And then we saw it during the pandemic, when once again autocratic governments around the world saw an opportunity under the guise of public health to consolidate power.

Your book focuses on the role of censorship in this process. Does the standard definition of censorship still hold in the Covid era?

No, it doesn’t. What is the purpose of censorship? Why do governments employ censorship? They employ it because they want to ensure the government narrative prevails, and they use different strategies to that end. I call it “censorship through noise,” which is a term that has entered the lexicon. The idea is we live in a moment now when it’s not information that is scarce, it’s attention. It’s the ability to focus on information, and governments and powerful leaders have the ability to hijack our attention. And so, they can distract us and undermine what we know and understand simply by, to use Steve Banon’s term, “flooding the zone with s**t.” Just confusing us and thereby imposing their own version of reality or at least preventing people from coalescing around an alternative understanding of events. It’s the same result, that the government narrative prevails.

How did governments apply these strategies during the pandemic?

The steps that governments needed to take were politically costly. They involved placing restrictions on movement and implementing strategies to slow the rate of infection, and these would have significant economic consequences. And governments understood that in many instances, the spread of the disease was going to expose them to criticism, and they sought to suppress that. So, instead of leveling with populations around the world and building a consensus about appropriate action and taking the difficult steps that needed to be taken to protect public health, so many governments around the world – and this is true in democratic countries as well as in more authoritarian ones – undermined that essential discussion. This is one of the reasons I believe that so many people died in the pandemic, because governments so completely mismanaged their responsibility to communicate.

Among the losers of this “info-demic” you say are poor or marginalized communities that lack local media infrastructure. Can you explain what you mean?

Study after study indicates the most trusted source of news is local news because peoples’ experience is reaffirmed in the media they consume. And the people producing this information are part of their communities. So, it is not abstract, it is not filtered through some other context. It reflects their own experience, and this feedback loop builds trust. And that is even more important during a public health emergency.

The example we give in the book is a newspaper called Zeta in Tijuana, where officials were covering up the extent of the Covid outbreak and the number of people who died from the disease. And because Zeta had relationships with local doctors, they were able to expose these lies. So, the loss of local media and media that serves specific communities was one of the reasons the pandemic took hold, and one of the reasons public health officials were not effectively able to mobilize a collective response against the disease.

You write that in China the government has been able to “calibrate the right amount of censorship.” What do you mean by that?

The dilemma that authoritarian states face in the information age is that information – for modern economies to function – must flow across borders. China is integrated into the global information space insofar as that kind of communication is needed to manage supply chains and to manage transnational businesses. But at the domestic level, China understands that it needs to monitor and control information and to dominate the narrative through effective management of information systems.

China is one of the few countries in the world that has its own information technologies, its own systems, and platforms that people use. And so, if you are in China and you are a user of information technology, you live in a very rich environment in which you have access to entertainment, you can communicate easily with your networks and communities. But the Chinese government has developed technologies that allow it to censor and monitor communication that it considers threatening, and to deploy that technology to surveil its own population. That capacity was enormously expanded during the pandemic.

And China, unlike most authoritarian countries, was for a long period able to claim significant success against the virus, so much so that the Chinese narrative that authoritarian governments are better suited to respond to these kinds of public health emergencies took hold around the world. And that narrative emboldened other autocratic governments.

In 2020 just 23% of Russians said they trusted President Putin. Today more than 80% support Moscow’s justification for its invasion of Ukraine. What explains that shift?

What happened in Russia during the pandemic is that Putin understood there was a threat to public health. But he also saw there was a political opportunity, and he used the threat to public health to vastly expand his own power and the power of the Russian state by suppressing all political demonstrations in the name of public health, by expanding surveillance, by introducing new apps that people were required to download, for example in Moscow, that would monitor their movements.

Putin also looked around the world and saw China having success in containing the disease, and he saw democracies deeply divided and polarized in their response. And I think he saw a political opportunity, a moment when he had asserted greater control over the domestic political space, and he saw global systems in disarray. And so he decided this was the right moment to go into Ukraine. I do think there is a case that could be made that the Ukraine invasion is a reflection of pandemic politics.

Your book paints a sympathetic profile of a Trump supporter in Arizona who falls down the conspiracy rabbit hole. What does his experience tell us about the “info-demic?”

I have a deep distrust for power and the way it is utilized. But I always have sympathy for people, and I want to understand their views and beliefs and why they think the way they do.

The one thing that is completely clear to me is that people don’t consume information in a rational way; we consume it as part of a community, and the values that we share as a community are reflected in the information we consume. The more that politicians split communities and create polarization, the less trust there is for media that does not reflect these values. And that gap cannot be bridged by the media alone. That is the lesson of the pandemic. The ability to build consensus and shared understanding is fundamentally political. It is not strictly about information systems, which are being broken because the political systems are not working.

I have an innate sympathy for the experience of average people, and a deep distrust of political leadership, which I think acted really irresponsibly and recklessly at a time when millions of lives were at stake.

Joel Simon is the former Executive Director of the Committee to Protect Journalists. His most recent book is, The New Censorship: Inside the Global Battle for Media Freedom

The Infodemic: How Censorship and Lies Made the World Sicker and Less Free
By Joel Simon and Robert Mahoney
191 pp. Colombia Global Reports