Vaccinating Ethnic Elders and Disabled – Hardest to Reach, Most at Risk 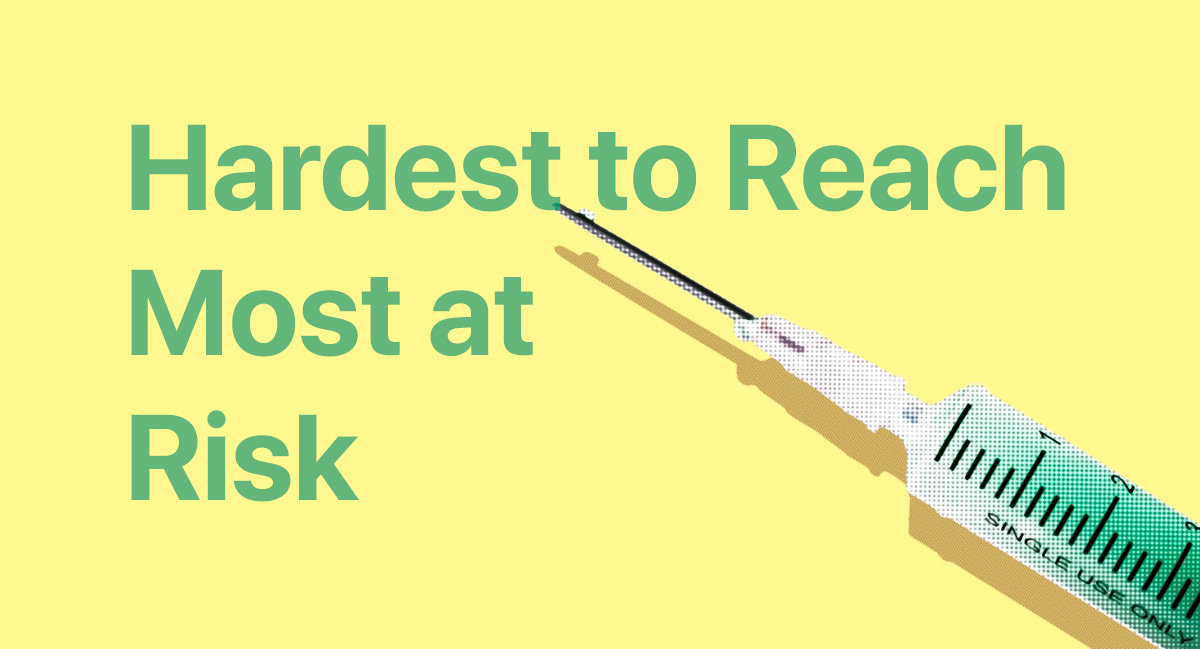 Seniors and the disabled – two populations particularly vulnerable to the COVID-19 pandemic – are getting vaccines at a lower rate than the general population.

“California is coming back, but we are not done. Far from it,” Kim Wade, director of the California Department of Aging, said at a press briefing June 8. “We are still in the midst of this.”

Her department and Ethnic Media Services co-hosted the event to address how to improve vaccination rates among the most at risk and hardest to reach.

For instance, Wade said, “rates vary across race and ethnicity, but among the state’s Latinos age 60 or older, their vaccination rate of 40% is about half that of white and Asian American elders, and lags even the vaccination rate of Latinos in their 50s.”

Vaccination rates for Latinos in their 70s and 80s, who are at even higher risk of dying of a COVID infection, Wade said, aren’t even 40%.

Among Black and Native American elders, the vaccination rate is about 60%.

Wade announced that the state now has a system in place – with interpreters as needed — to arrange transportation to vaccination providers or in-home vaccinations to people who request them by calling (833) 422-4255 or via the website https://myturn.ca.gov/.

“We’re trying to make it easier and get the word out that it’s easier than ever to get vaccines,” Wade said, and also answer questions people may still have about the vaccines.

Wade was joined at the press briefing by Dr. Louis Aronson, a UCSF professor of medicine and author of “Elderhood”; Anni Chung, director of Self Help for the Elderly; Cindy Cox-Roman, CEO of the nonprofit HelpAge USA; and Jessica Lehman, director of Senior and Disability Action.

“These COVID vaccines are better, more effective than almost any other vaccine we’ve ever had for anything else,” Aronson said.

“Make sure you have accurate information,” she continued. “A lot of my patients who have illnesses think that’s a reason not to get the vaccine, whereas in fact, the opposite is true.”

“The older you are, the more medical problems you have, if you are disabled, these are the three best reasons to get a vaccination.”

Anni Chung, director of Self Help for the Elderly, described how a caravan of doctors, drivers, and bilingual social workers visited and vaccinated 130 seniors in San Francisco’s Chinatown in early May, after noticing very low vaccination rates there.

Her oldest patient that day, “very proud to be getting the vaccine,” she said, was a man of 107 who had helped introduce acupuncture to the United States.

“Vaccines really work and the older you are the more important it is to get vaccinated,” Chung said. “You should see the smiles on the seniors’ and their families’ faces.”

“We are the lost generation in the information age,” one senior said in a survey of older Black and Latino adults presented by Cox-Roman.

She has observed changes in family dynamics both globally and in the United States where younger generations increasingly turn to social media for wisdom, rather than elders.

Among Black seniors, there are widely divergent views about the vaccine, said Cox-Roman, noting that people fall into one of four categories: rejectors, wait-and-see, pragmatists, and believers. Over time, however, a large number of wait-and sees become pragmatists.

Moreover, differing views on vaccines lead to difficult family dynamics, said Cox-Roman, noting there is aversion to crossing family boundaries and telling people what to do with their bodies, along with irresponsible behavior which leads to illness and death.

Other speakers also noted the isolation of older people – enhanced by limited English language proficiency, limited Internet access, or the lack the family or community support to help them navigate the web or the services it provides.

“When all the strategies are digital, we’re adding to the risk,” Aronson said.

“We need to not sugar-coat the fact that this is about whose lives do we value?” Lehman, of Senior and Disability Action, said. “Seniors and people with disabilities are seen as less important and more expendable.”

“We saw ageism and ableism exacerbated by racism at every turn. This has to change.”

Aronson had earlier described how, early in the pandemic, when seniors were diagnosed as too ill to return home, they were sent to nursing homes or assisted living facilities. Once there, especially given a lack of protective equipment, they became vectors for COVID, spreading it to fellow facility residents and staff to the point that seniors accounted for 34% of COVID-related deaths.

Lehman cited a 10% fatality rate in nursing homes nationwide and 12% in care facilities in general, but among the disabled, she said, “We don’t even know the toll.”

They do in England. Lehman cited “horrendous” findings that 60% of COVID deaths there are from the disabled community. But in the United States, she said, “there’s not even data — a disturbing sign of a lack of data and a lack of reporting on disability.”

“We have this huge opportunity before us. … We can push money out of nursing facilities and out of health care. We can talk more about home- and community-based services so people can stay in their homes and communities. We can value caregivers and attendants and make sure that people are paid and treated well.”

“Our public health systems don’t have much knowledge about old age,” Aronson said, but “they (the government) put resources in places where there’s noise, where there’s action, where there’s need. We can create the world we want to grow old in.”

If Roe v. Wade Ends, Women of Color Would Face the Most Severe Impact