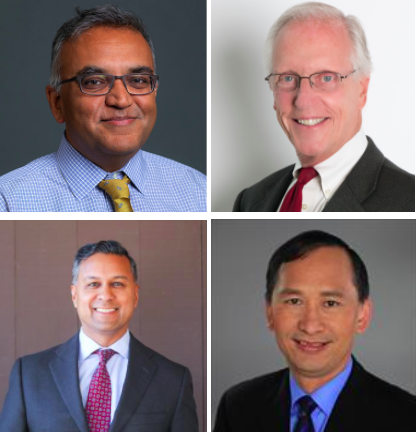 The U.S. is weeks away from rolling out COVID vaccines, but pandemic experts say the challenges of vaccinating people will be acute, especially in communities of color.

“Vaccines don’t save lives: vaccinations do,” said Dr. Ashish Jha, Dean of the Brown University School of Public Health, speaking at a Nov. 13 briefing organized by Ethnic Media Services and moderated by Dr. Tung Nguyen, professor of medicine at the University of California, San Francisco.

“There’s a huge challenge from a supply chain perspective to getting the vaccines out,” said Jha, noting that the vaccines will have to be stored and delivered frozen. More challenging is “vaccine hesitancy,” especially in communities of color who have been hit hardest by the pandemic, he said.

Jha predicted 100,000 more deaths from COVID in the U.S. before the new Biden-Harris administration is inaugurated on Jan. 20, 2021. “We are in the worst moment of the pandemic right now.”

Dr. Nirav Shah, adjunct professor of medicine in the Division of Primary Care and Population Health at Stanford University stated: “We need to do this in a more structured and standardized way as opposed to the thousand points of light approach where every state, every city is doing something on their own. Simple coordination, using evidence-based approaches, will make a big difference here.”

Dr. William Schaffner, professor of Medicine, Division of Infectious Diseases at Vanderbilt University, agreed that vaccine delivery would pose enormous challenges. “This is not a vaccine that will be available at the local pharmacy or in a physician’s office,” he said.

Schaffner also noted that the vaccine is reactive: people taking it may experience a sore arm, fever, or headaches. Nguyen warned that such side effects could increase people’s distrust of the vaccine, and deter them from getting the shot.

Skepticism of the vaccine is strong in the African American community and other ethnic communities, said Schaffner. “So we’re going to have to do everything we can to reach out and provide information and also provide reassurance,” he said, noting that much of the work will have to be done through churches or by prominent leaders in ethnic communities.

Pfizer and Germany-based BioNTech announced Nov. 9 that they had jointly developed a vaccine with an efficacy rate of 90 percent. The study enrolled 43,538 participants, with 42 percent coming from diverse backgrounds. The companies have submitted an application for emergency use authorization to the Food and Drug Administration. The application is expected to be approved by the end of November.

Concurrently, Moderna announced the results of its trial Nov. 16 which had an efficacy rate of 94 percent. Approximately 37 percent of the participants in the Moderna trial were people of color.

“We’re not just testing it in 18 to 30 year old white men and women, but in fact we’re testing it in a broad swath of America,” said Jha, noting that the Moderna trial was delayed as the company tried to diversify its testing recruits.

Shah said the news from Pfizer, which indicated efficacy of the vaccine with just two doses, was an enormous step in the right direction. But once the vaccine is approved with by the FDA with emergency use authorization, it is unlikely that most people will be able to get vaccinated right away. A maximum of 10 to 20 million doses will be available by the end of the year, he said.

“There will be a ramp up after that, but it is going to be some time before we get the kind of widespread availability of multiple vaccines with secure supply chains that get everyone the two doses,” said Shah.

Schaffner said treatment for people infected with COVID is getting better. “We’re doing a better job of getting people out of the Intensive Care Unit and out of the hospital; we are lowering the fatality rate.”

He also spoke about the use of the antiviral medication Remdesivir, which was approved last month by the FDA, and dexamethasone, a steroid that helps control the inflammatory response during the second half of the infection.

Monoclonal antibodies also received emergency use authorization Nov. 9, but Schaffner said the intravenous treatment poses a challenge as to who should get those and at what stage of the infection.

All four physicians agreed that a coordinated effort by the incoming administration — as opposed to the current patchwork quilt of efforts — would help the U.S. get the pandemic under control. Jha said he was astounded that some states have closed their schools but opened their casinos.

He noted that the President-elect has no formal powers yet, but can use his soft powers to go out to red states and let people know why wearing a mask is effective.

Nguyen said the Biden Administration must impose a national mandatory mask mandate. “If we all had worn masks in the last seven months, we would have 100,000 less deaths,” he stated.

“But all of these together will collectively bring us to where we need to be, so that we actually see cases go down,” he said.