More
HomeEnvironmentAcross the US, Activists Fill In for a 'Failed' Disaster Relief System
EnvironmentNews Exchange 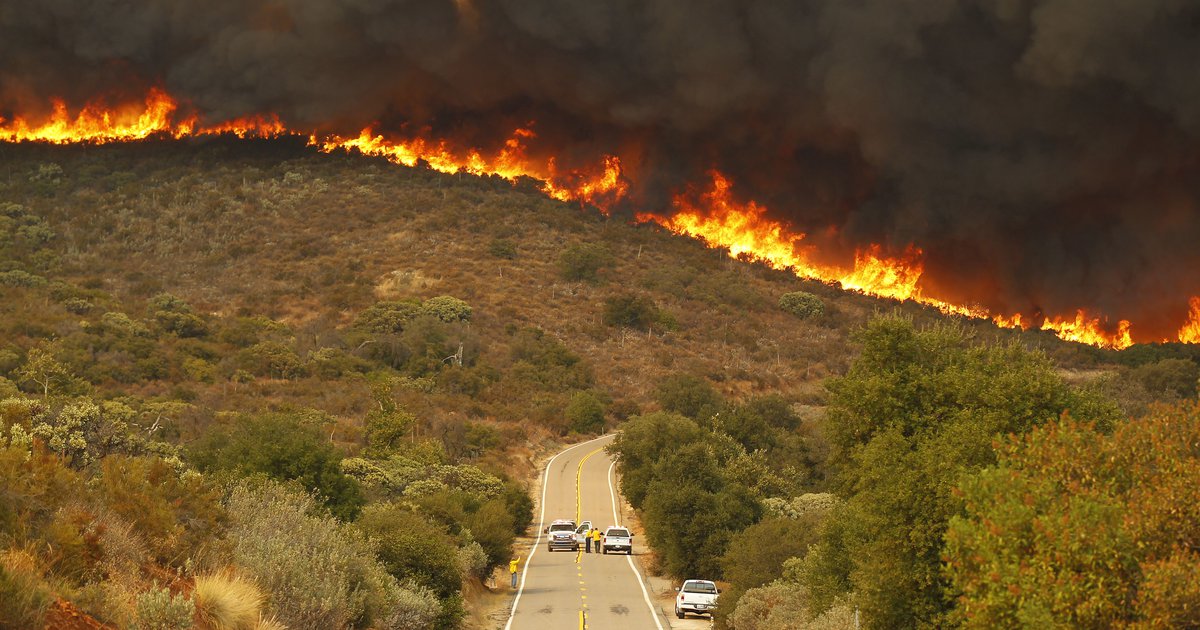 June 1 marked the official start of wildfire and hurricane season in the United States. With the severity of natural disasters increasing every year due to climate change, non-profit organizations have been working to pressure elected leaders to address what they say is the nation’s failed disaster relief system.

Under the banner of Organizing Resilience, activists from Florida, Oregon, California, Louisiana, and Texas, are demanding action on long-term climate resilient infrastructure that supports thriving economies.

During a June 3 briefing hosted by Ethnic Media Services, speakers shared ways local communities have responded to disasters in the absence of government support in meeting immediate needs.

“FEMA (Federal Emergency Management Agency) doesn’t show up until about two weeks after a storm,” said Ashley Shelton, CEO of the Power Coalition for Equity and Justice in Louisiana. “It creates this gap where folks are desperate, they’re reeling and hurting.”

Last year, Hurricane Ida hit Louisiana and killed more than 100 people. Under mutual aid agreements, Shelton’s organization managed to get about $200,000 on the ground within that first week after the storm to cover expenses like hotels, food, and bills.

“We did a lot of work this legislative session to pass legislation around insurance companies, making sure that we’re holding them accountable to their clients… Lots of provisions weren’t clear in their policies, like they didn’t cover wind or had this cap for natural disasters,” Shelton said.

Even critical documentation could be destroyed in a disaster, so people need to request these documents from their mortgage and insurance companies, requiring long processes.

In conversations at both the federal and the state level, Shelton and her team are pushing the idea of giving tax credits to victims: $500 for the first three months after a disaster is declared for people living in the area.

They are also holding workshops across Louisiana to talk about what resources are available and how to hold government accountable.

“We had to submit forms (to FEMA) like a week and a half after the storm, but if the grid is down, there’s no electricity and no internet, how is anybody supposed to do that?” Shelton noted.

Activists insisted there is not enough information available on how to be prepared before a disaster strikes or about what steps to take in the event of a disaster in languages other than English.

“Our folks can sign up to emergency alerts, but they’re not getting it in the language that they are needing it. And not just Spanish, but also indigenous languages. There’s a lot of other dialects that are also spoken,” she added.

Farmworkers in Oregon and elsewhere in the country work under taxing conditions made more difficult by increasing heat and extended periods of toxic smoke from nearby wildfires. Thanks to Bedolla’s organization, OSHA (Occupational Safety and Health Administration) recently passed smoke and heat rules to protect farmworkers this coming season.

“We do outreach wherever we find our community members and farm workers. We do have a rapid response component, teach them how to look for those resources, what documents they should have, how to prepare an emergency backpack…we are definitely way more prepared and ready than we were two years ago when the first wildfire hit us,” Bedolla explained.

Still, despite these measures, undocumented people—who make up a significant share of the nation’s farmworkers—don’t qualify for relief. Which is why last season the state and three sister organizations had to set up an emergency fund as farmers were too scared to go to government agencies to ask for help.

“They don’t know what the repercussions are going to be,” Bedolla said.

Natural disasters also have an impact on survivors’ mental health. According to Chrishelle Palay, executive director of the HOME Coalition in Houston, 2021’s winter storm, Yuri—which brought unprecedented freezing conditions to Texas and a monumental power grid failure—left the community suffering from PTSD.

“We were left in freezing conditions and darkness for four days and in some areas actually for weeks,” Palay recalled. “After the temperatures increased and the plumbing pipes warmed up, another disaster struck when the pipes burst and we were left with no running water.”

Palay said that Texans living along the Gulf Coast are concerned not just about the power grid but also about deteriorating conditions made worse by these extreme events.

“Harvey happened almost five years ago, and unfortunately low-income communities of color are continuing to live in leaky roofs and homes with the moldy ceilings and walls,” she said. “We’re worried about the continued exacerbation of issues that already existed.”

Her coalition has been working with city and county leaders in Houston to address the need for more resources among community members.

Housing access and affordability remain a key concern for many activists, who say low-income residents in states like Florida—where costs have been rising precipitously—are being forced to move to regions more vulnerable to climate-driven disasters.

“A lot of folks are experiencing housing insecurity, not knowing where they’re going to live next,” said MacKenzie Marcelin, climate justice manager at Florida Rising. “Entering this hurricane season, it’s a grave concern.”

Marcelin and his peers have been coordinating a “Justice on Every Block campaign,” pressing for increased accountability and oversight for landlords across the state, ensuring they comply with local safety ordinances and implement housing anti-discrimination policies.

“We’re also pushing for 90-day eviction notices for pregnant women and tenants with children,” said Marcelin. “We believe that housing is a right, so we’re trying to pass a bill to protect tenants and make sure they have just as many rights as these developers.”