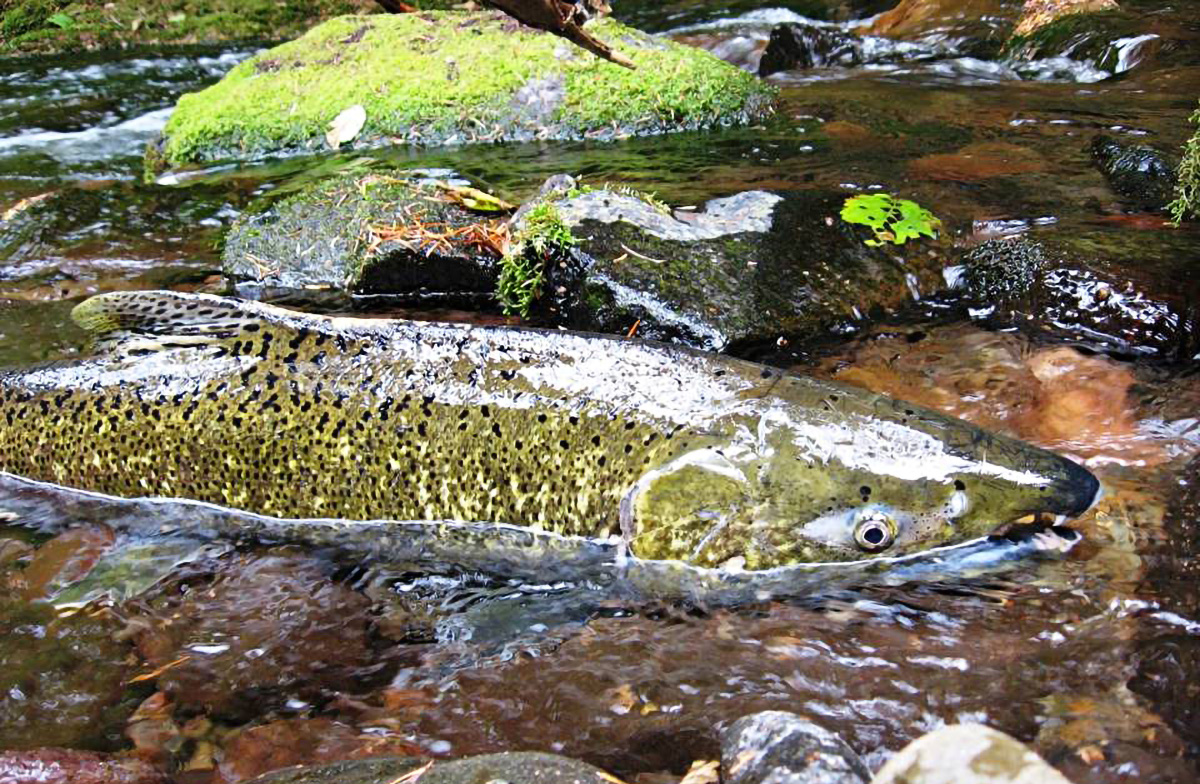 CHICO, Calif. — Obscured by the staggering human losses in last month’s Camp Fire devastation are the potential consequences of the disaster for Butte Creek’s highly valued Chinook salmon. During a particularly vulnerable time in their lifecycle, the fish now will confront toxic runoff from the inferno.

The Camp Fire, the deadliest wildfire in California history, started Nov. 8 and quickly became a mega-blaze, engulfing more than 150,000 Butte County acres in Paradise, Magalia and Concow, destroying nearly 14,000 homes and in excess of 500 commercial structures, killing at least 86 people and displacing nearly 27,000.

Horrific though it was, long-term, the Camp Fire the blaze will benefit wildlife, biologists say. But in the near term, some species will struggle. Even birds, though able to flee the flames, will have short-term winners and losers: Raptors in grasslands are better able to spot prey whose ground cover was turned to ash, but other birds will starve from a lack of acorns and berries during the winter.

And as for the salmon, the timing of the Camp Fire couldn’t have been worse, fisheries expert Allen Harthorn said. But it will take about three years to know whether and to what extent that spring-run salmon population has been poisoned by a potential witches’ brew of toxins flowing from the extremely hot wildfire. That’s when most of the surviving salmon that today are juveniles are due to return from the Pacific Ocean to spawn and die.

But for this year’s brood, Harthorn said, “The juveniles … are up out of the gravel and swimming around on their own. … They’re at their most vulnerable stage to toxic and excess sediment pollution.

And about those toxics: “I wouldn’t venture to guess what you’re going to find in a burned-out home,” Harthorn said. “Pesticides, paint, paint thinners, plastics. … Computers have heavy metals, and most everyone had a computer. … There was asbestos in a lot of the old buildings … Just a whole suite of potentially harmful chemicals.”

NAMED FOR THE SEASON

Spring-run Chinook salmon are named for the time of year that most begin returning to their fresh-water origins as adults from the ocean. In California, historically, the species was abundant from the now-parched San Joaquin River in the south to the northernmost waterways. However, a deep decline led to the species in 1999 being listed as endangered by the state and federal governments.

Today, spring-run salmon creeks have dwindled to a mere handful. Butte Creek is by far the Central Valley’s most robust and considered key to the species’ health. Last year, 2,100 adult salmon were counted in Butte Creek, compared with an average of about 500 per year each in Mill and Deer creeks in Tehama County.

“And that was a bad year for Butte Creek,” Harthorn said.

According to Henry Lomeli, a state Department of Fish and Wildlife biologist, the Camp Fire occurred in “predominantly chaparral and mixed conifer ecosystems” that contain a wide variety of wildlife. Although some miraculous survival stories were reported, many animals, both domestic and wild, were killed in the intense, fast-moving, fire.

“Paradise contained numerous green belts that were home to a wide range of urban wildlife species … surrounded by … neighborhoods that burned and these animals had nowhere to flee. Urban populations of … deer, bears, skunks, squirrels, foxes, rabbits, raccoons and other smaller animals that were fortunate enough to survive the initial wall of fire will most likely face higher winter mortality.” Lomeli said.

But the ecosystem, he said, is “highly fire-dependent” and in the long term, both mammal and bird populations will benefit from the fire. “A majority of the natural landscape that burned in the Camp Fire … could not be healthy without burning. … If you truly believe in functional ecosystems, then the long-term impact on wildlife due to the fire is positive.”

MANAGE OR LOSE IT

Drawing on the practices of indigenous tribes, including the Mechoopda, Chico State geography professor Don Hankins is also a passionate advocate for prescribed and controlled burning.

“Most native animals have adapted to fire,” he said. His academic expertise includes pyro geography and land restoration. “A lot of species benefit from fire. … It’s not always doom and gloom.”

The prescribed burning he oversees in the university-managed Butte Creek Ecological Preserve, he said, is motivated by a desire to protect the creek’s Chinook salmon: “If we’re not going to manage the habitat around them, they’ll be lost.”