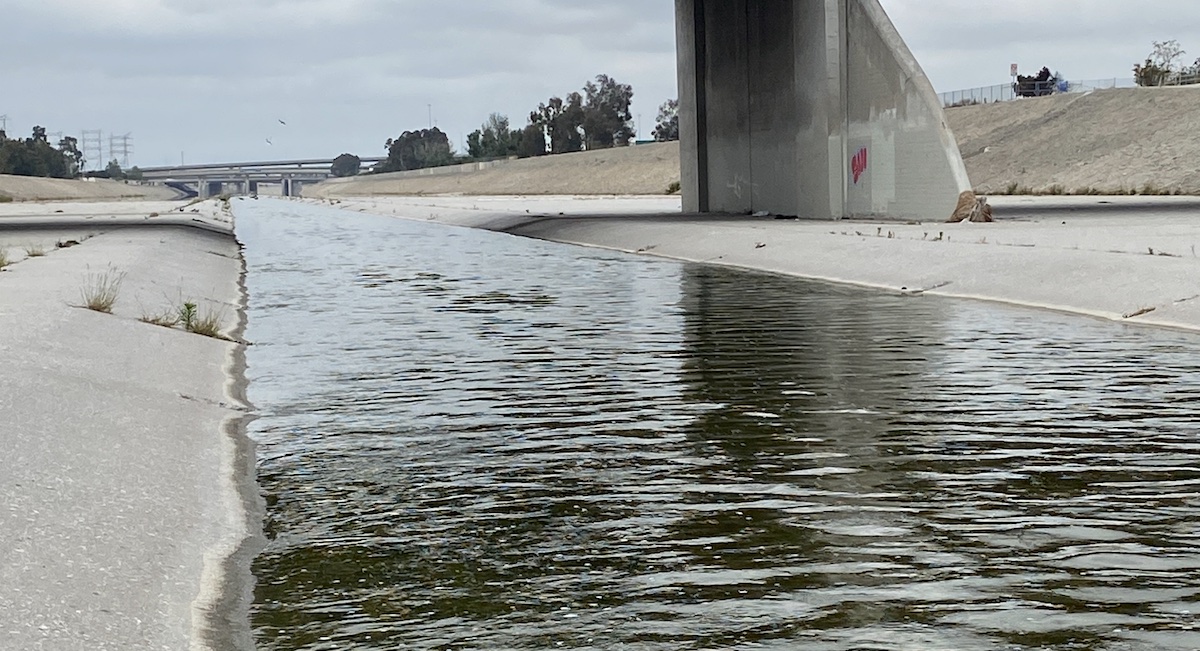 Los Angeles county moved unanimously on Tuesday to approve an LA River Master plan that will develop a variety of projects along 51 miles of river over the next several years, as well as a land bank with 50 million dollars in seed money to buy land near the river for affordable housing.

County Supervisor Hilda Solis, who sponsored the motion about the land bank, called the approval “a momentous occasion” and said that she believes the plan “can and should offer lots of opportunities for people in our communities, particularly low-income people and people of color.”

She said the plan is set to offer options to address access to green space, relief for rent-burdened communities, as well as opportunities for arts and culture.

The Land Bank motion was offered as a companion to the updated Los Angeles River Master Plan as one way to prevent and relieve gentrification, displacement, and lack of affordable housing, said Supervisor Sheila Kuehl, who co-sponsored the motion.

“We can preserve the potential for affordable housing near the river to avoid gentrification,” noted Kuehl. “There are many precedents for this type of project around the country.”

The five supervisors backed the plans for the River and the Land Bank even after a group of environmental and community groups that had participated in the steering committee that advised the Master Plan, pulled their support for it the day before.

During a press conference at Maywood Riverfront Park, representatives of these groups had harsh words for the Master Plan and the county leadership.

They argued the process for updating the plan was not inclusive enough and that their views for the river were not taken into account.

“Today, LA County is adopting a plan for a river that they don´t even recognize is a river,” said Bruce Resnik, executive director of LA Water Keepers.

“A lot of our groups tried to participate in good faith over years to get the county to take seriously the idea of restoring the LA river back to health. We felt our voices were ignored over that time,” he added.

Isiah Mendoza, a representative of Sacred Places Institute for Indigenous Peoples and a member of the Tongva tribe, said that the plan reflects “the current colonial moment, where our participation is like the river: channelized, controlled and manipulated.”

She said indigenous participation was “limited to a tokenizing and performative event at the Autry Museum.”

Tay Costa, from Friends of the LA River said the plan “doesn’t do anything for our community, and that they took no consideration for nature-based solutions… providing more concrete.”

But back at the Board of Supervisor’s discussion of the plan, Public Works Department Executive Director Mark Pastrella defended their outreach to community groups over the last several years and said the groups now critical of the plan “worked with us to reach out to communities…we respect them.”

He said, however, that the groups were hoping to see concrete removed from the river, which was channelized years ago to provide flood control.  He added that the channel provides protection to residential areas that “almost every year, face tremendous flows of waters.”

The Master Plan’s most controversial component is a project by famed architect Frank Gehry, whose firm participated in the design process, to build a South East LA Cultural Center with elevated platform parks over the river’s concrete basin.

The county supervisors asked Pastrella to continue engaging with the community groups.

“I know there are groups that want to reimagine a different type of setting to naturalize the river,” said supervisor Solis. “I too had that dream, but I understand there are barriers to that.”

Jon Christensen, an environmental historian at UCLA, said a poll conducted last year by the Center for the Study of Los Angeles and Ethnic Media Services, showed strong public support for the revitalization of the river.

The Master Plan presents lots of options that will require further action,” said Christensen. “This is not an either-or argument. The Master Plan includes a lot of anti-displacement measures, workforce development, support for small businesses, protection of affordable housing.”