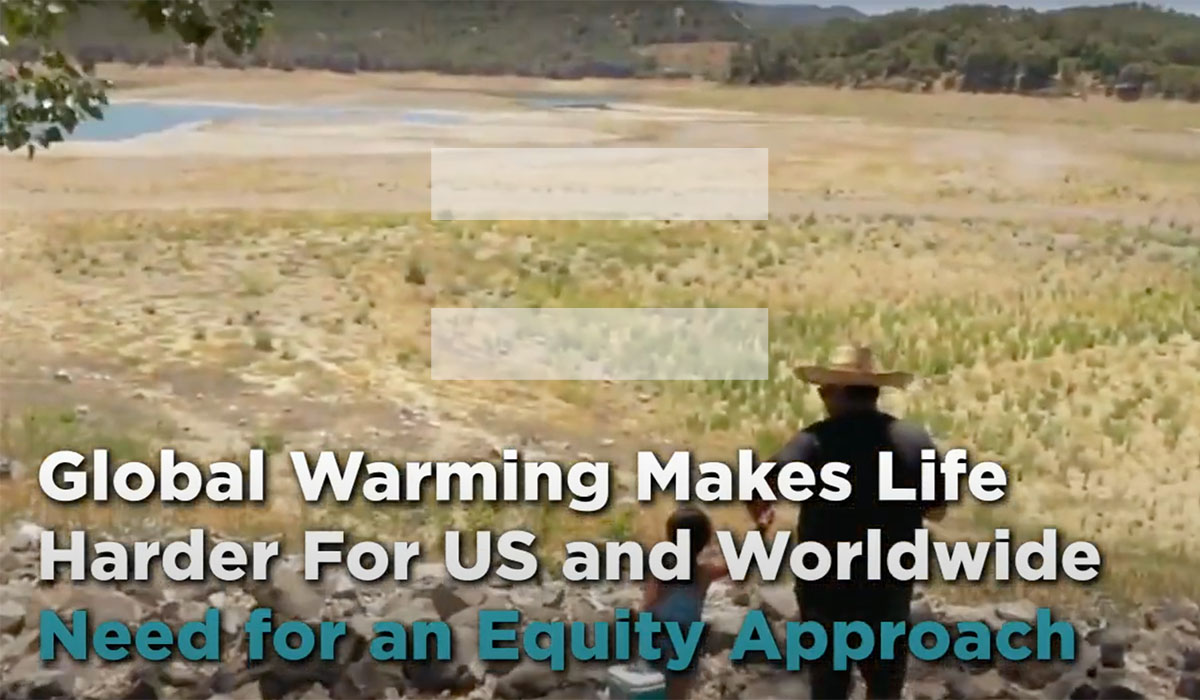 Climate Change is Speeding Up

Bigger wildfires, more frequent heat waves, longer summers, more intense droughts and warmer seas. Climate change is speeding up, making life harder for Americans, reports the Environmental Protection Agency (EPA). Experts warn that the best way to address it is not only from scientific models but with policies focused on equity.

“When it comes to climate change, there aren’t effective solutions, unless equity is baked in from the beginning,” said Aradhna E. Tripati, Associate Professor at the UCLA Institute for Environment and Sustainability, during a press conference organized by Ethnic Media Services.

“Any injustices that exist will interact with other inequities in ways that will be particularly devastating for low-income communities and communities of color,” Tripati added, citing the disproportionate impact on these groups of hurricanes like Maria and Katrina or wildfires like those in Paradise, California.

Low-income families cannot afford to move after a natural disaster and they generally live in places that are built on asphalt and concrete and lack green space, making them more prone to heat waves.

Heat is the number one weather-related killer in the United States, said Dr. Kristie L. Ebi, professor at the University of Washington’s Center for Health and the Global Environment. “Higher temperatures kill, but almost all of those deaths are preventable.”

People with chronic illnesses, high blood pressure or heart problems, those who do not exercise frequently, and those over 65 years of age face the highest risk of dying from heat. But people can reduce their core body temperature using self dousing, wetting the skin, hydrating permanently, and turning on a fan instead of air conditioning, which dumps excess heat into the environment.

“Heat wave early warning systems are being set up in many communities, and those save lives…many cities also have cooling centers (for their citizens),” added Ebi who co-authored a new report on the impact of rising heat on mortality.

“It also depends on our development choices, what our cities look like…we need to think very clearly about the equity and environmental justice factors.”

The heat also exacerbates droughts that are impacting southwestern states such as Arizona, New Mexico, Nevada, Utah, Colorado and, most severely, California. And droughts are likely to escalate further as the summer has just begun and several months of dry conditions are to come.

“The several degrees of Fahrenheit warming in California are quite a significant influence on the frequency and severity of heat waves, but also on the severity of those droughts because the rate of evaporation in the atmosphere is increasing,” explained Daniel Swain, climate scientist at the UCLA Institute of the Environment and Sustainability.

The expert warned that although society is taking climate change more seriously and eventually will bring global carbon emissions to zero, there will still be a couple of decades of extreme heat, waves and droughts and “we are going to have to adapt to this new climate reality…Things are going to get worse, before eventually getting better,” he said.

When it comes to climate mitigation or adaptation, the need to engage communities of color who have little or no voice in planning, is urgent, said Tripati. Their requests to improve water or air quality, or for green spaces in their neighborhoods, are often ignored, which further impacts their health.

“If we want to enable communities of color to participate in climate change policy, our National Weather Service and the new National Climate Service that’s being planned need to be done in multiple languages,” said Tripati who also highlighted the importance of supporting indigenous sovereignty and its practices focused on conservation and sustainability.

According to the professor, the involvement of minority-owned businesses in the “Green New Deal” should be prioritized, and the Federal Emergency Management Agency (FEMA) should prioritize developing low-income housing over rebuilding mansions after natural. disasters.

Dr. Ebi emphasized the importance of covering global warming by pointing to a 2020 Yale University survey that measured Americans’ views. The survey found that 72% believe global warming is happening and 61% believe that this phenomenon will harm people in the United States. But only 35% talk about it and just 25% hear about global warming from the media at least once a week.