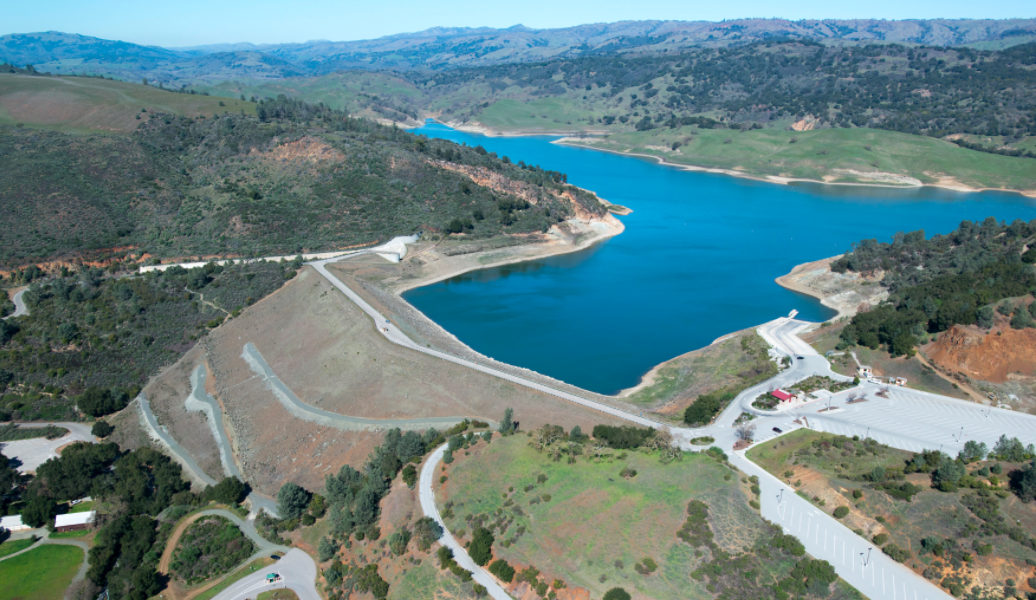 Anderson Dam overflowed into Coyote Creek in 2017, causing 14,000 people to be evacuated and more than $100 million worth of damage.

This November, Santa Clara County voters are being asked if they want to extend existing funding to control floods and restore the streams and creeks that help provide their drinking water.

Measure S and its funding for water infrastructure have taken on greater urgency as the state battles unprecedented wildfires and some of the wettest winters on record just as it emerges from a 5-year drought.

Measure S, the “Safe, Clean Water and Natural Flood Protection Program,” requires a two-thirds majority of voter support to pass. It would extend Measure B, approved by 74% of county voters in 2012, which established a parcel tax that is set to expire in 2028. Measure S would tax property owners at the same rate as Measure B — $.006 per square foot annually — until voters end it.

Property owners are paying about $65 annually, bringing the county $45.5 million. Seniors can be exempted from the tax.

Since Measure B passed, the funds have been used to clean up hundreds of homeless campsites and remove tons of debris along stream beds, said Rick Callender, CEO of Valley Water, the district agency responsible for safeguarding the county’s drinking water. Other efforts include flood control along the Upper Guadalupe River, Lower Berryessa, San Francisquito and Llagas creeks and levees in Alviso, he said.

A citizen committee oversees the spending, which is independently audited every five years.

Measure S earmarks $263 million to prioritize flood control efforts. Of that total, $41 million is directed specifically to Coyote Creek, the source of much devastation in February 2017.

Anderson Dam, which had been releasing as much water as it could for more than a month, finally overflowed into Coyote Creek, inundating the Rock Springs, Summerside and other neighborhoods. The flooding caused more than $100 million worth of damage, and 14,000 people had to be evacuated.

“Many of my constituents have yet to fully recover from [that],” wrote Congresswoman Zoe Lofgren in a June statement supporting seismic work on the dam. Lofgren represents the district and has endorsed Measure S.

Another $54 million from Measure S would help construct an outlet tunnel on Anderson Dam, the largest of Valley Water’s 10 dams, to divert water into treatment plants and the aquifer.

The dam, constructed in 1950 and unknowingly built over two fault lines. It is believed to be at risk of failing altogether if a magnitude 7.25 quake were to hit the Calaveras fault or a 6.6 magnitude occurred on the Coyote Creek fault.

Valley Water is not alone in its efforts to revamp water management in Santa Clara County. The Federal Energy Regulatory Commission has ordered the agency to begin releasing water from behind the dam Oct. 1, with the intention of draining it entirely.

And Hollister State Assemblyman Robert Rivas is awaiting Gov. Newsom’s signature on his AB3005. Passed overwhelmingly by the state legislature, it would fast-track $576 million in state spending on Anderson Dam and reservoir work.

Heather Cooley, Pacific Institute director of research, predicts that a warming climate will continue to pose challenges for water systems up and down the state.

“There’s a lot we can do to make our water and waste water systems more resilient,” she said. One “huge opportunity,” she said, is to recycle water more efficiently.

“We recycle very little in the Bay Area.”

Although overall yearly precipitation is expected to remain fairly constant, she said, rising temperatures will increase demand for water in the summer.

Combined with decreased amounts of water stored in mountain snow packs due to rising temperatures, the time is ripe for “a radical shift” in water infrastructure, Cooley said.

Measure S also includes funding for community grants for educational and conservation projects. One is the “Adopt-a-Creek” program, which enlists volunteers for the water district’s Stream Maintenance Program.

Aimed at flood protection, workers and volunteers remove weeds, non-native plants and impediments to water flow such as boulders, overgrown trees, trash and debris, and stabilize eroded creek banks. Currently, such work is under way at 30 sites.

A 2018 study by the public-private National Institute of Building Sciences found that every dollar spent on “pre-disaster mitigation” saves $6 in costs when problems arise.

That benefit, the report found, “is only expected to grow as extreme weather events fueled by climate change increase in frequency and strength.”