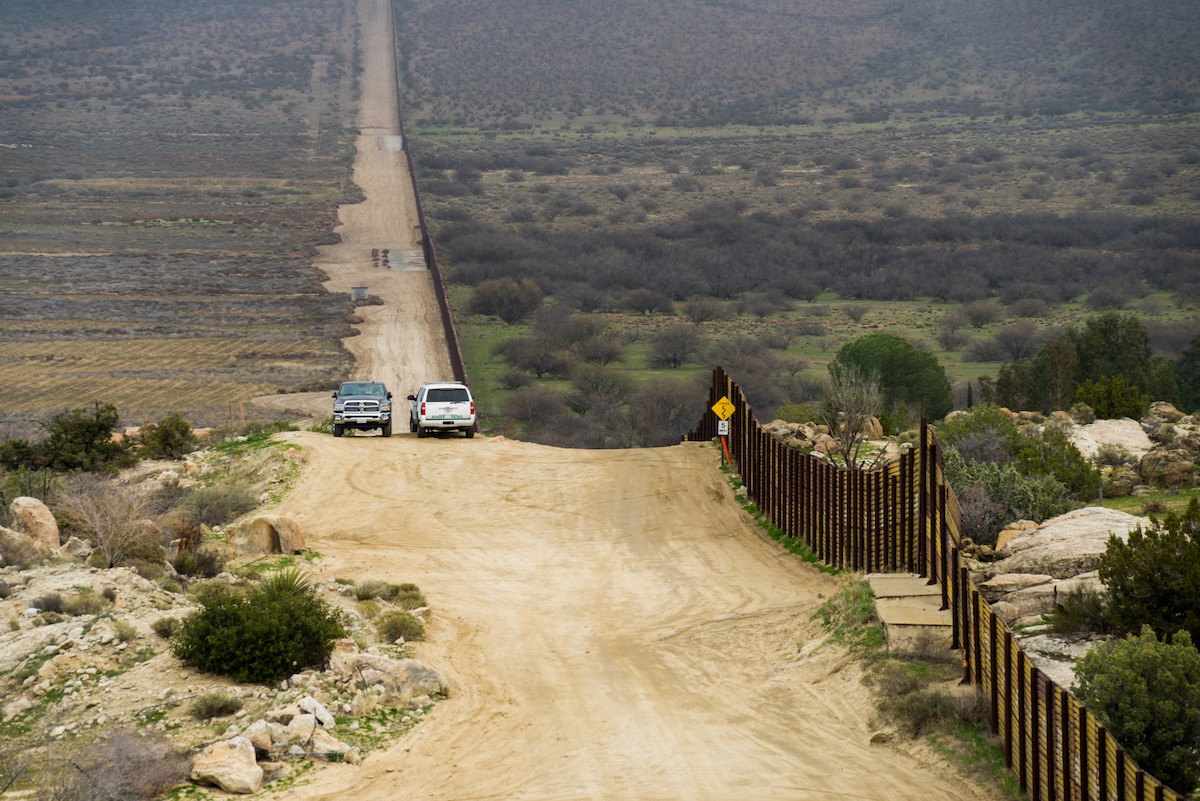 Earlier this month Mexico’s president announced that beer manufacturing in the country’s north would be ending. A week later a wave of violence tore through parts of Mexico, including the border cities Tijuana and Juárez, where 11 people were killed.

While seemingly disconnected, the incidents point to a widening and intertwined humanitarian/ecological catastrophe that officials on either side are failing to address.

“Beer is a huge earner of foreign exchange” for Mexico, says journalist Kent Paterson, who has reported on Mexico and the border for close to four decades. Indeed, Mexico is among the world’s leading beer exporters, and the north has long been the locus of beer manufacturing.

But a prolonged drought in the region has strained water supplies, prompting the decision by Mexico’s federal government to cease permits for new factories in an attempt to ease pressure on rapidly dwindling water resources.

“There are places in Juárez where people do not have water. Aquifers in the state of Chihuahua are overexploited,” notes Paterson. “There are wells that are on the verge of running dry.” Recent reporting shows in fact that more than 70% of Mexico is experiencing moderate to severe drought conditions.

But according to Paterson, the decision to scale back on beer manufacturing in the north comes as officials in Mexico are at the same time envisioning a dramatic transformation for the increasingly parched Paso del Norte region, which runs through Juárez into Texas and New Mexico.

With war in Ukraine and supply chain disruptions triggered by the Covid 19 pandemic, Paterson reports that officials in Mexico are actively eyeing an opportunity to bring manufacturing back from Asia. And with its network of maquiladoras – foreign-owned factories – the region, he says, is positioned to emerge as a “nexus of global trade and manufacturing.”

For Manuel Ortíz, founder of Peninsula 360, that isn’t necessarily a good thing.

While the promise of more jobs and improved economic prospects in the region are important, Ortíz says the maquiladoras have long been tied to the interrelated issues of violence and ecological destruction that continue to plague communities on both sides of the border.

“Mexico has had maquiladoras for a long time,” says Ortíz. “And these are in many ways related to the border violence,” he adds, pointing to the spate of murders that for much of the previous decade targeted female factory workers in an around Juárez.

Ortíz recently returned from a trip to Calexico, a largely agricultural region on the southern edge of California’s Imperial County, where he says toxic runoff from factories in Mexico is contaminating local waterways on the U.S. side of the border, exacerbating already strained health conditions for residents.

Imperial County, which saw some of the highest rates of Covid infections in the state, has long struggled with an array of health-related challenges including high rates of asthma and other respiratory ailments made worse by poor air conditions again tied to industrial activity in Mexico.

“As you approach on the US side there are signs that say ‘Toxic River. Do Not Enter,’” notes Ortíz, referring to the Rio Nuevo that starts in Mexico and wends its way to the Salton Sea, already considered among California’s largest environmental challenges. The contamination, he says, is roiling tensions among US residents who blame Mexico’s government for failing to adequately regulate water quality and runoff from local factories in Mexico.

Raul Ureña is the vice mayor of Calexico. He is the youngest and first openly transgender elected official in Imperial County, and says that while much of the contamination is coming from Mexico, the products being made on the other side of the border are destined for shops in the US. “We cannot just complain about Mexico because we are part of the problem,” he says.

Head west to Tijuana and one hears a similar response to the recent outbreak of violence there.

Reporting on the response among residents in Los Angeles, Araceli Martínez Ortega of La Opinión writes that many continue to travel to Tijuana and surrounding cities for business or personal reasons, despite the recent attacks by drug cartels that brought parts of the city to a near standstill.

“The United States raises the alarm when a violent event occurs with the narcos,” says LA resident Marta Samano, who operates an Airbnb rental unit outside Tijuana, “when Americans are the main cause of this huge problem with so much drug buying here.”

Such attitudes point to the complex realities that exist along the border, realities that politicians including Texas Gov. Greg Abbot — who has taken a hardline position on migration from Mexico — appear eager to ignore, choosing instead to warn of an impending “invasion” from the south.

That stance has earned the ire of officialdom in Mexico, which, says Paterson, is now looking east to New Mexico for its envisioned transit and trade hub.

“The Mexicans are shunning Texas now. They are pissed at Greg Abbot,” he says, adding that Mexico’s foreign minister, Marcelo Ebrard, and President Obrador have already met with Biden and his team, as well as New Mexico Governor Michelle Lujan Grisham.

To what degree the issues of drought and cartel violence — not to mention the growing migrant crisis — factored into their conversations is unclear, though Paterson says little to no mention of either was made at a recent gathering of Mexican officials in Juárez to lay out designs for the Paso del Norte.

“Most of the discussion was about money and taking business from Asia. They didn’t talk about the environment,” he says. “It’s the issue overhanging this development.”