Parks to People: Come and Enjoy, But Don’t Destroy 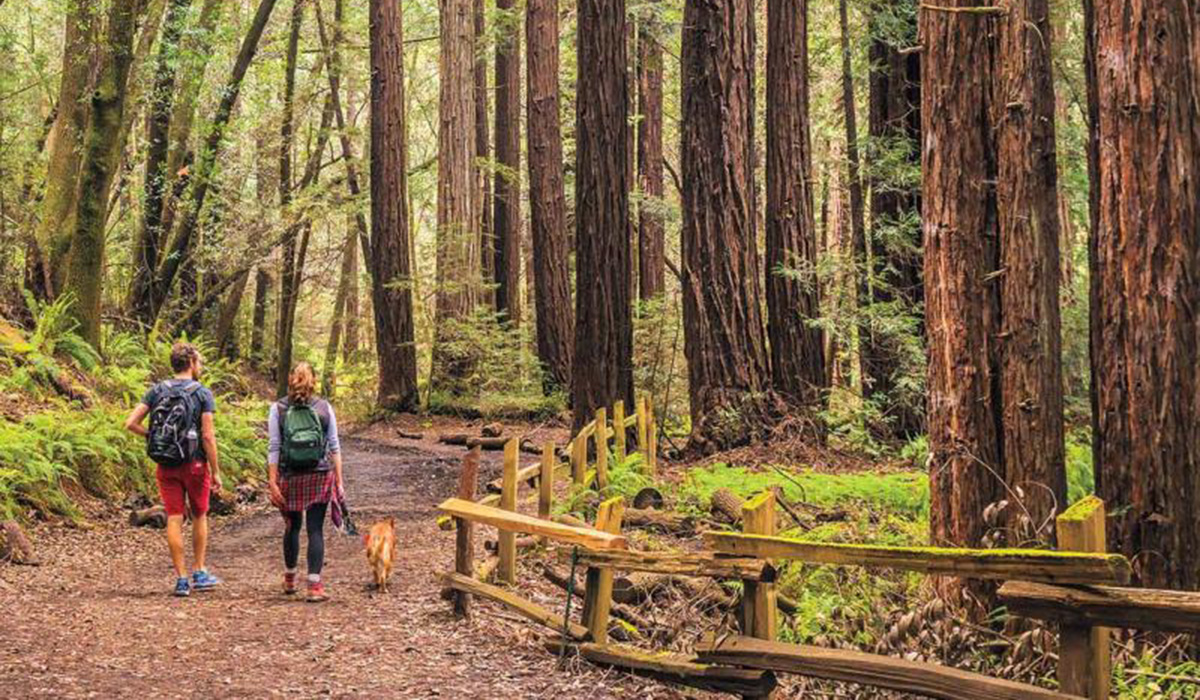 Nature, for all its majesty, is fragile. It can also be deeply healing. Which is why, during the Covid pandemic, millions flocked outdoors to escape prolonged lockdowns, with local habitats and the animals that call them home feeling the brunt of the impact.

That is nowhere truer than in the 125,000 acres and 73 parks that make up the East Bay Regional Parks District (EBRPD) which at the height of the pandemic saw record numbers of visitors.

“As we bring ourselves to these parks, we need to understand the history and the sensitivity of these parks to our presence,” says Dee Rosario, the first Filipino American and first Asian American board member with EBRPD, the nation’s largest urban regional park district. “These are our lands. They belong to everyone. But with that ownership comes responsibility.”

Rosario was part of a panel of speakers during a media briefing co-hosted by EMS and EBRPD on ways to encourage better stewardship of public parks.

His own affinity for nature followed a college visit to Humboldt in far northern California, where Rosario recalls the “awe” he felt at seeing the redwoods for the first time. Thirty-seven years later, Rosario is among a cohort of dedicated individuals at EBRPD working to strike a balance between rising demand for recreational use and the “intricacies and delicacy” of local habitats.

Data show a 400-fold increase along some of the more popular trails that crisscross EBRPD’s parks, with visitors frequently venturing off trail — to the detriment of nesting birds and other wildlife, including a number of endangered species — or violating park regulations on things like drone flying. In one instance, a visitor crashed their drone into the nest of a bald eagle, destroying the nest and likely leading to the demise of the nesting chicks.

According to Rosario, the rise in visitors is accompanied by an increasing mix of people to the parks and changes in how parks are used. Whereas once people flocked to open spaces in search of solitude today many visitors come with family. “This is something parks have to recognize,” says Rosario. “How do we meet the needs of diverse cultures while balancing the needs of the environment.”

Becky Tuden is the Environmental Services Manager with EBRPD. She says climate change, along with a prolonged drought and increased fire risk, are among the stressors already taxing local habitats and threatening biodiversity. Many of EBRPDs parks also abut urban or semi-urban areas. Add to this the steep and sudden increase in the presence of people and it can lead to harmful outcomes for what are already fragile ecosystems.

“Biodiversity is really important… and the added pressure of so many people aggravates the system’s incredible biodiversity.”

Among some of the more harmful activities Tuden and her colleagues have witnessed are increasing amounts of litter, as well as letting dogs off leash in areas where that is prohibited. A dog owner herself, she says individually it isn’t a problem. What dog owners don’t realize is that “there are 25 million other visitors, half of who own dogs.” The damage done by hundreds and even thousands of our beloved canines romping through sensitive habitat is a major challenge, notes Tuden.

Despite the dire warnings, speakers were eager to stress that they welcome the park’s increased popularity while acknowledging “we need to go further” on public facing messaging around how to better care for these treasures.

“What we need is a way of communicating to people to help them better protect the parks,” Tuden noted.

The Western Snowy Plover weighs in at a whopping 1.5 oz. Yet despite its diminutive stature this slight bird has survived along California’s beaches for thousands of years. Today there are fewer than 3,000 in the wild, with loss of habitat a key driver of their decline.

EBRPD Wildlife Program Manager Doug Bell says the plover is one of four critically endangered species that rely on EBRPD’s parklands as important breeding grounds. Signs warning visitors to steer clear of areas where plovers are known to congregate are routinely ignored, he explained. That can cause birds to avoid the areas entirely, further eroding what little habitat they have left.

“Just the mere act of hiking across the terrain can disturb the wildlife,” says Bell, a Bay Area native.

The other critically endangered species include the ridgeways rail and least tern, as well as the salt-marsh harvest mouse, which can swim for over two hours and can drink water saltier than the ocean, among its other talents. Bell says most visitors are likely to dismiss this adorable little super mouse with its tent of piled up twigs as just another “rodent.”

And he adds that aside from the park’s increased number of visitors, the pandemic’s economic toll drove many families to abandon their pets, including a large number of cats that were let loose in the parks. That’s led to an “overpopulation of feral cats, threatening other endangered species.”

Bell also echoes Rosario, noting that as more diverse communities engage with the parks some are bringing with them practices that can be detrimental to the health of the local ecology. That includes religious communities that traditionally release fish, turtles or other animals into local waterways to commemorate an individual’s passing.

Such practices can introduce invasive species, as well as harmful diseases or toxins that can cause significant die-off of native species, explained Joe Sullivan, who manages the EBRPD’s 10 fishing reservoirs and four fishing piers.

“We want people to come out and enjoy these resources, but people release pets — goldfish, turtles, etc. — and these have consequences,” he said, sharing a gruesome image of a river clogged with dead frogs to drive home his point.

Rainbow and steelhead trout along with the California red legged frog are among the federally endangered species that Sullivan and his team are working to protect.

“It is a delicate balance,” said Tuden of the effort to protect habitat while welcoming the increase in recreational visitors. “Imagine you’re a guest,” she urged visitors, “follow the rules and try to be sensitive.”