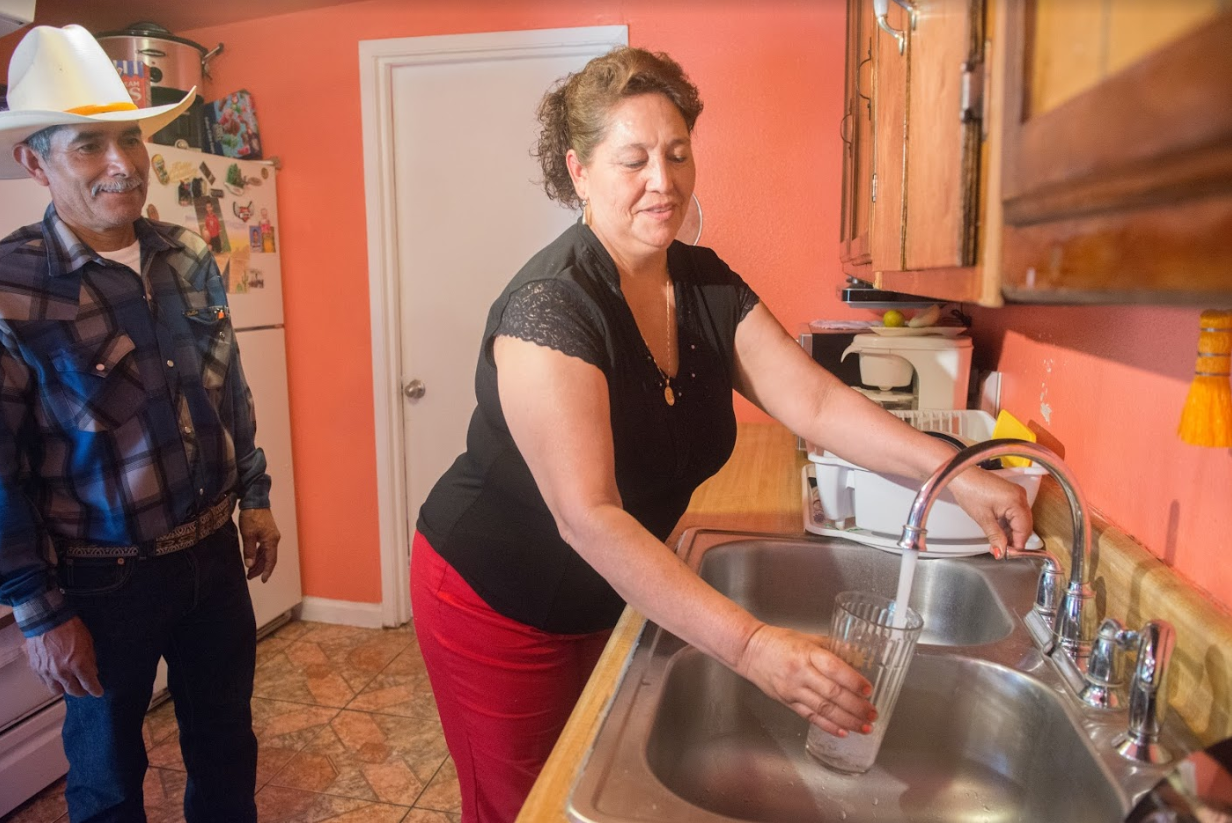 Leonicio Ramirez and Guillermina Avila were the first residents of East Porterville (Tulare County) to receive water through a new connection to the city of Porterville funded by Prop. 1. Photo by Florence Low, California Department of Water Resources.

Prop. 1 funding has helped advance a long list of projects up and down the state to provide Californians safe drinking water.
It was key in East Porterville, an unincorporated, low-income, mostly Latino community of about 7,500 that, Ryan Jensen, of Community Water Center in Visalia, told Ethnic Media Services was “ground zero” for drought impacts in 2014-2017.

“Nearly a third of the community had no water service,” Jensen recalled. Between state, county and Porterville local officials, he said “nobody took responsibility.” Meeting the community’s needs was “going around like a hot potato for a while.”

Eventually, Jensen said, it was “a little top-down and heavy handed,” but a plan was hatched to connect the community to a reliable water source – the city of Porterville, with funding from the state’s Drought Emergency Project, augmented by $25 million of Prop. 1 funding for planning and build-out.

So when it was finally time to turn the water on, he said, none of the eligible homes were signed up. It took Tomas Garcia, a local activist on hand who recognized a name on the list of eligible properties, to call that acquaintance to hurry down and sign up to become the first in East Porterville to get municipal water.

Residents “had a lot of perfectly reasonable” concerns about signing up for water service, Jensen said, such as worries over big water service bills, higher property taxes, livestock prohibitions, immigration checks among them.

“Our role was making sure the community was being brought along, correcting misinformation,” he said.

Just as the state needs continued funding to plan and build adequate water infrastructure, Nelson said, “the need for community engagement is immense.”

Of his organization, he said, “We can only be in so many places.”

And there are plenty of places to be. Of the 1,563 projects analyzed in a UCLA study of Prop 1 implementation, almost half -- 757 -- meet the criteria for benefiting disadvantaged communities, while another 433 are designated “unknown,” meaning they might.

A popular strategy the Community Water Center is following is to join multiple communities in shared water projects, such as one currently in the works to establish a regional water authority in northern Tulare County that would serve seven communities, Jensen said.

There’s more help on the way. For instance, thanks to a new Safe and Affordable Drinking Water Fund, created this year, the state will augment its Safe Drinking Water Act work with an additional $130 million to spend every year through 2030 on projects addressing contaminated water in disadvantaged communities.

That funding represents “a signal victory for these communities that have not had adequate water supplies,” Christensen said, “and is a tribute to the work of environmental justice groups like Community Water Center.” 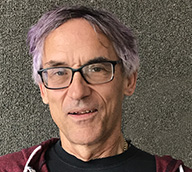