Q&A: ‘For Ukraine, From Overseas Vietnamese with Love’ 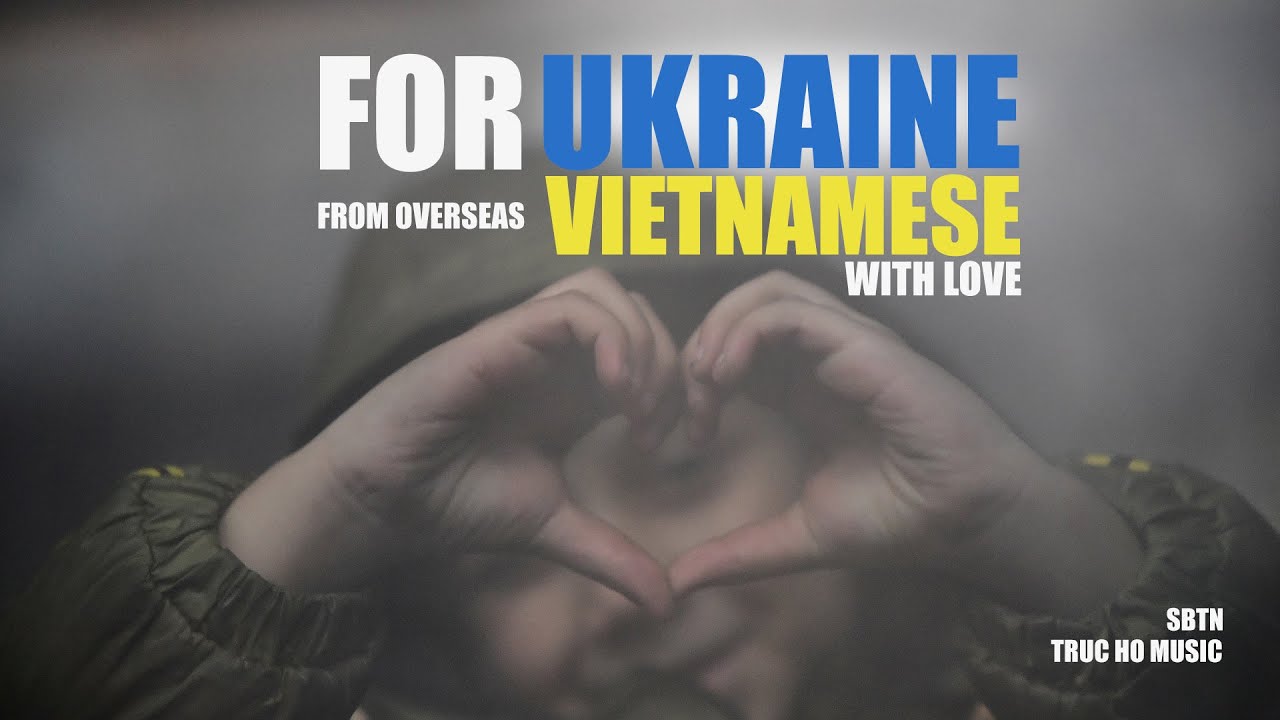 Editor’s Note: Culturally distinct and separated by thousands of miles, the Vietnamese diaspora in the U.S. nevertheless sees itself among the millions of Ukrainians fleeing war in their homeland. Shortly after Russia invaded Ukraine in late February, Vietnamese language broadcaster Saigon Broadcasting Television Network (SBTN), based in Orange County, California, dispatched two reporters to Poland to cover the war. At the same time, network directors organized a fund drive that raised more than $300,000 from overseas Vietnamese communities around the world to aid Ukrainian refugees. EMS co-director Julian Do spoke with SBTN President Truc Ho about his station, the campaign and about how the war in Ukraine has unified the community. This interview has been edited for length and clarity.

Can you tell us a little about your background?

I came from a musical family in Saigon, Vietnam. I’ve been playing piano and guitar—my two favorite instruments—since I was 7 years old. My early life was all about enjoying and making music. But that all changed when Saigon fell in 1975 and South Vietnam suddenly ceased to exist. Five years later, as a 16-year-old boy living under a communist government and with no prospects for a music career in Vietnam, I realized the only way I could have a future was by leaving my birthplace.

How did you manage to find your way to America?

After three failed attempts of fleeing by boat in the early 80s, my family sold our last musical asset, a rare Yamaha piano for four ounces of gold so I could try once more. This time, I decided to go on foot with the idea of reaching Thailand by crossing overland through Cambodia. Trekking through the jungle, I thought my life had ended when I got captured and had a gun pointed at my head by Cambodian robbers. Out of panic, I uttered a few Khmer words that I had picked up and when they saw I was wearing a Christian cross, they somehow decided to let me go. I eventually made it to Thailand where I was detained by Thai border guards and placed in camp NW9. Without any papers, I was considered stateless and luckily, the UN High Commission for Refugees reviewed my case and granted me asylum status, which allowed me to apply to come to the US in 1981.

In America, how did you, a musician and war refugee, come to found the largest Vietnamese language TV network outside of Vietnam?

My passion for music has never disappeared. Once here in the US, I began to map out a music career path by enrolling at a local community college and later transferred to Cal State Long Beach and studied at UCLA music school with a focus on classical and jazz. I also thought about attending the Berklee College of Music in Boston but then I realized that my heart was really in Vietnamese culture and saw music as a perfect vehicle to bridge Vietnamese communities around the world. So, in 2001, I and a few friends pooled our resources together to create SBTN, short for the Saigon Broadcasting Television Network, the first 24/7 Vietnamese language TV station outside of Vietnam.

As our network grew, we expanded our programming from an initial focus on Vietnamese culture and music to include international news, community-focused talk shows, and news coverage of the Vietnamese diaspora in the US and around the world. At my core, I’m not a media businessman but a musician who believes culture and music can bring people together.

How are SBTN programs distributed and who is your audience?

We have broadcast arrangements with many major cable subscriptions like Direct TV, Comcast, and Cox Communications in the US. We’ve also launched our own online streaming app called SBTN Go, where subscribers can access our programming from anywhere in the world 24/7. It works like Netflix or Prime Video on platforms such as Apple TV, Amazon Fire TV, and Roku.

Our main audience is the Vietnamese-speaking community. Many years ago, we had programs in English to attract younger audiences who were maybe less proficient in Vietnamese. These never gained much traction, though we are thinking of bringing something like this back again.

What are some of the station’s major challenges?

The current political polarization in the country has deeply divided the Vietnamese American community. This situation has also affected our business. In 2015, we had a base of 70,000 subscribers. But ever since Donald Trump got elected president in 2016, we’ve lost about 50% of our subscriptions simply because we’re not supporting Trump, although we consider our reporting more or less neutral. And like others in the media industry, we took another big hit with the economic downturn during the pandemic as our advertising revenue nosedived. We’re still in recovery mode.

Why is Russia’s invasion of Ukraine a political unifier in the Vietnamese community?

While politics about Trump divides the Vietnamese American community, the Russia-Ukraine war is a unifier. At the end of the Vietnam War, millions of Vietnamese lives were lost and millions more scattered around the world. The scars are still deep. Last year, when President Biden pulled US troops out of Afghanistan, images of how Kabul quickly fell and of Afghans struggling to flee their country eerily resembled our own experience.

Our people are very sensitive and attuned to geopolitics and war. We see the parallels between Russia’s uneasy relations in Eastern Europe and China’s tumultuous relations in Asia. The fear of potential war in the Pacific between China, North Korea, South Korea, Vietnam, and Taiwan is real. If the Russia-Ukraine war expanded, it could also spread to Asia due to political and economic linkages. So, although our community is divided, we’re of one mind in that we support Ukraine in its fight for independence and sovereignty and to stop Russia’s expansion.

SBTN not only covers the Russia-Ukraine war extensively but has also raised money for Ukrainian refugees?

Members of the Vietnamese diaspora are essentially victims of war. We understand and are sympathetic to the plight of Afghan and Ukrainian refugees. And we want to pitch in to help. SBTN dispatched two reporters to Poland to cover the war from the ground level. We post daily reports on what’s happening over there from the fighting to the experience of Ukrainian refugees. Last year, we raised about $160,000 which we donated to organizations helping to resettle Afghan refugees in the US.

Shortly after Russia invaded Ukraine, we knew there would be massive destruction, lives lost, and displacement of people. So we started a fund drive, “For Ukraine From Overseas Vietnamese With Love,” to provide aid to Ukrainian refugees and to show that the Vietnamese diaspora is with them.

The outpouring of support has been incredible. We even received donations from the folks who canceled their subscriptions because of different political opinions. To date, we have raised $300,094.27. We donated this money to two humanitarian organizations: $60,094.10 to “White Ribbon USA” on March 23 and $239,615.17 to the Ukraine Red Cross on April 6.