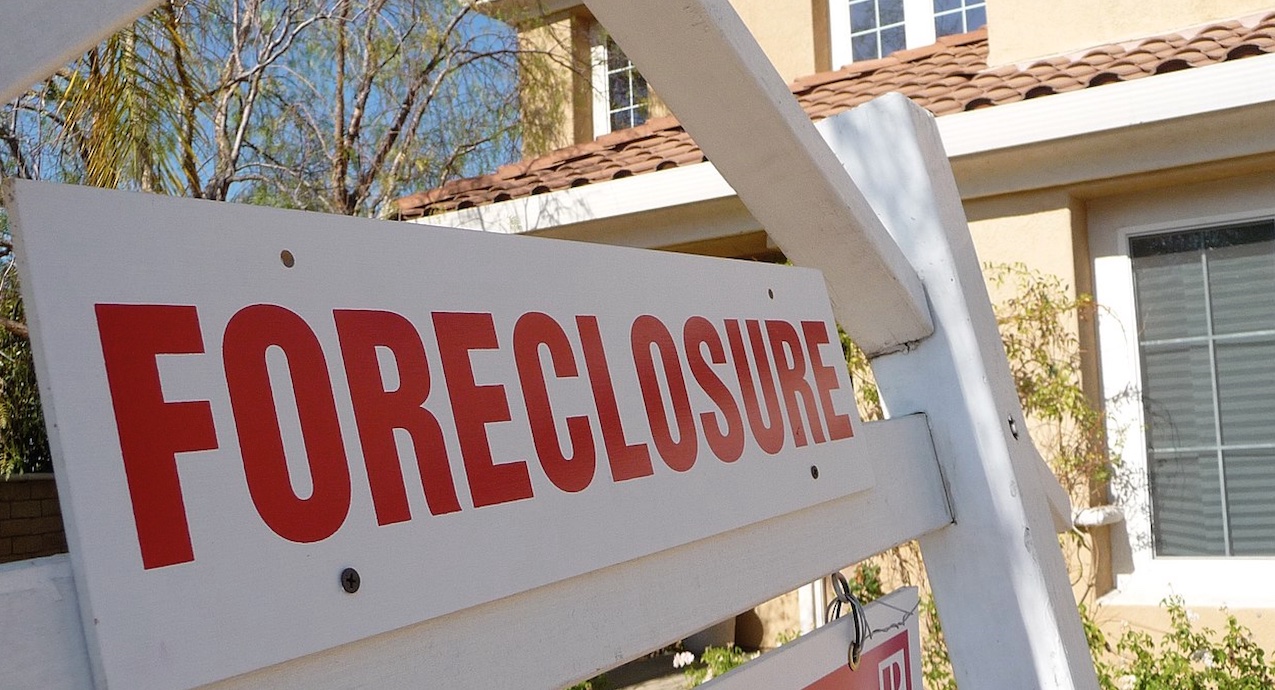 A new bill set to be introduced next week in California’s legislature seeks to address a major yet overlooked cause of racial wealth disparities across the nation. If passed, it would amend California’s foreclosure process to ensure homeowners keep their equity.

“What we see is an increase in black home ownership… and black neighborhoods are appreciating at the same rate as white neighborhoods,” says Sil Vossler, a consumer protection attorney who specializes in foreclosure cases and who authored the language in the bill.

“At the same time,” he adds, “there’s been a decrease in black wealth relative to white people. So, what we’re seeing is basically the disparity between black people and white people to realize their housing gains.”

A major reason for this, according to Vossler, has to do with the foreclosure process, where distressed homes are put up for auction by lenders at below-market rates.

Between 2017 and 2020, there were 65,000 foreclosures in California, a majority of them impacting elderly homeowners and people of color, according to Francis Wong, a postdoctoral fellow with the National Bureau of Economic Research.

Together with researchers from UC Berkeley, Wong authored a recent study that found on average foreclosed properties sold at a 22 percent discount below their market value.

The result is an estimated net loss of roughly $115,000 per homeowner for each of the 65,000 foreclosed homes, or roughly $7.5 billion in lost accrued generational wealth, says Vossler. Nationally, the figure balloons to more than $67.7 billion.

“Communities are losing so much wealth through this process that it is actually a driving cause of the racial wealth gap,” he notes.

And that gap could widen further as foreclosure rates begin to tick up nationally, with a seven-fold increase between December of 2020 and January of this year, and a 40 percent increase in the first quarter of this year compared to the previous quarter.

SB 1323 was introduced by Senator Bob Archuleta (D-Pico Rivera), whose office released a statement noting, “California’s foreclosure process obscures and legitimizes the large-scale extraction of billions of dollars of wealth from low-income communities.”

The “loss of even a single dollar of this equity,” the statement continued, “is irreplaceable, putting the consumer at increased risk of poverty and homelessness.” It called current foreclosure procedures “inhumane.”

Under existing law, lenders – eager to recoup their loans as quickly as possible – are not required to list repossessed homes on the market, instead putting the properties up for auction, where cash-rich investors purchase the homes for prices far below their market value. As lenders are only able to recover the remaining balance on the loan, bidding typically starts there, regardless of the actual value of the property.

The result often means catastrophic losses for homeowners who have in many cases spent years paying down their mortgages.

Vossler points to a recent client in San Francisco – an elderly immigrant mother on a fixed income with a dependent adult daughter – who purchased her home in 1994. After 24 years of making regular payments, the mother’s finances took a turn for the worse and she began to miss payments. The home was eventually repossessed and sold by the lender for just over $50,000, resulting in a loss of the mother’s home and some $750,000 in accrued equity.

“Every dollar an investor saves in the purchase is a dollar lost by the homeowner,” says Vossler, adding that after the foreclosure crisis of 2010, “everyone focused on foreclosure prevention. No one looked at how harmful the actual foreclosure process is to the homeowner.”

SB 1323 is the first bill in more than 300 years — when the practice of selling foreclosed mortgages through auction was first established — that looks to amend the process.

If passed it would require lenders to post foreclosed homes on a multiple listing service (MLS), working with realtors to sell the secured property for its appraised value. This would open the sale of the home to anyone with access to financing, as opposed to auctions that are prone to fraud and tend to favor corporate investors with ready cash.

Anything over the value of the loan derived from the sale, meanwhile, would go to the homeowner, ensuring they retain their equity. The bill would also allow lenders to periodically reduce the sale price for homes not sold and to eventually turn to auctions after six such price reductions.

The growing list of supporters for the bill includes: the National Consumer Law Center, California Elder Justice Coalition, Justice in Aging, Center for Responsible Lending, Housing and Economic Rights Advocates, California Advocates for Nursing Home Reform, and the Consumer Federation of California (CFC), which sponsored SB 1323 and describes the bill as a “market-based solution” to the issue of foreclosure-driven wealth depletion in vulnerable communities.

In a letter to the chair of the Senate Judiciary Committee, CFC Executive Director Robert Herrell said that the foreclosure process as it now exists “inhibits the social mobility of low-income families and serves to perpetuate the racial wealth gap in California.”

A hearing for the bill is scheduled for May 3 in Sacramento.