‘Another World is Possible’ – March Celebrates Farmworker Victory in Wa. 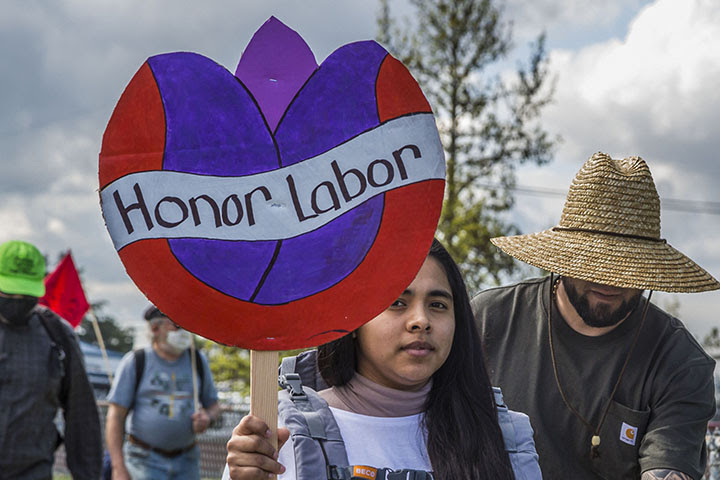 Mt. Vernon, WA — Hundreds of farmworkers and their supporters marched May 1 through the streets of Mt. Vernon, the agricultural capital of Skagit County in northwest Washington State.

Marchers celebrated the recent victory of tulip workers who won recognition for their union committee and better wages and conditions in a lightning strike at the start of the tulip harvest, and the beginning of contract negotiations at Sakuma Brothers Farms with their union, Familias Unidas por la Justicia.

Prominent among the colorful signs and banners was one that reminded marchers “Un otro mundo es posible!” – “Another world is possible!”