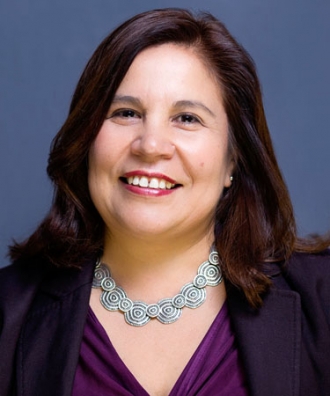 The first time Angelica Salas heard about the current recall process for California Governor Gavin Newsom, it was right after he announced special relief for undocumented essential workers.

These workers had the fewest protections since the start of the pandemic  but were on the front lines, bearing the brunt of its effects and being represented by activists like Salas.

“We have criticized the governor for some things, but his ouster would be devastating to the immigrant community, because the people behind all of this focused on the help he gave precisely to this community,” said Salas, director of CHIRLA Action Fund, the political arm of the Coalition for Humane Immigrant Rights of Los Angeles.

In fact, the text of the recall proposition that is on the ballot begins by saying:

“Laws he endorsed favor foreigners, in our country illegally, over that of our own citizens. People in this state suffer the highest taxes in the nation, the highest homelessness rates, and the lowest quality of life, as a result. He has imposed sanctuary state status and fails to enforce immigration laws.”

In April 2020, California Governor Gavin Newsom announced the first program in the nation to aid  “essential workers” – undocumented immigrants —  who continued to be exposed to the virus  in the fields, in the stores, in the factories, or who were left without jobs or access to any type of financial assistance, including unemployment compensation : $75 million to provide $500 one-time assistance to 150,000 workers.

“At that point we thought that wasn’t enough and we were critical of the governor” Salas adds. “But the reality is that California was the first state to do this, and there were efforts in Washington to exclude the undocumented community from any federal assistance. Even those who were married to undocumented immigrants did not receive the first stimulus payment passed by Congress (during the Trump administration).”

Salas does not deny what some polls have shown: that the Latino community is angry about the impact of the pandemic. Some polls have found some support among Latinos for the governor’s recall, although not all polls show this trend.

“Yes, our community deserves to be angry,” Salas said. “We deserve more of what we have received and to be recognized as the human beings that we are. Latina immigrant women have suffered in heartbreaking ways, from losing jobs, losing family members and their children not being able to go to school.”

But she adds that the anger and frustration of the political moment cannot be directed “towards those who helped us the most.” That anger should be focused carefully on the political operatives who did most harm to the community. “It was people like House Republican Minority Leader Kevin McCarthy who opposed any help for immigrants. They didn´t care if we lived or died”.

Salas points to the policies advanced by the state of California to help  essential workers, particularly migrants, including direct assistance, allowing the use of the ITIN to get a tax refund, and monetary help for young people to extend their DACA permits, among a long list”.

She adds that Newsom also supported all the lawsuits being filed by the state Attorney General against the anti-immigrant measures that former President Trump implemented before and during the pandemic.

The California government also worked with activists to facilitate Covid testing and vaccines, and also “responded to our push to appoint a Latino (Alex Padilla)” as a federal senator,”  she points out.

Salas, who has been in activism and politics for decades, believes that the impeachment process is a Republican strategy to engage voters who mobilized for Trump last November with 1.5 million additional votes compared to previous participation rates.

“They know what moves those voters and they want to energize them…” she adds. “..and in the process, to try to gain the ground they’ve lost over the years because of their anti-immigrant policies.”

CHIRLA’s political arm is calling, knocking on doors, and meeting people where they are in many corners of the state to make sure they are informed and vote in the recall election.

“We find that people don’t know much about the recall.  They are worried about kids going back to school, about their jobs etc. They´ve told us that when they get that ballot in the mail or any informational material they tend to think: didn’t we just have an election? The list of 46 candidates to replace Newsom is also very confusing to people.”

In areas of California such as the Antelope Valley, Central Valley and San Fernando, Salas expects a very close fight and “a vote-by-vote fight,”.

But the activist believes that if the community understands what is at stake, that they will vote. Every expert has said that this election will be won or lost on turnout, because the enthusiasm is on the side of those who favor the recall.

“Our people are tired, but if they are sure what is at stake then they will vote,” Salas explains. “Unfortunately, we have very little time to raise awareness, very little time.” 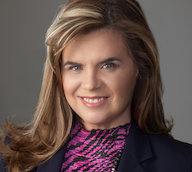