“Frontline workers have earned and deserve the path to citizenship” 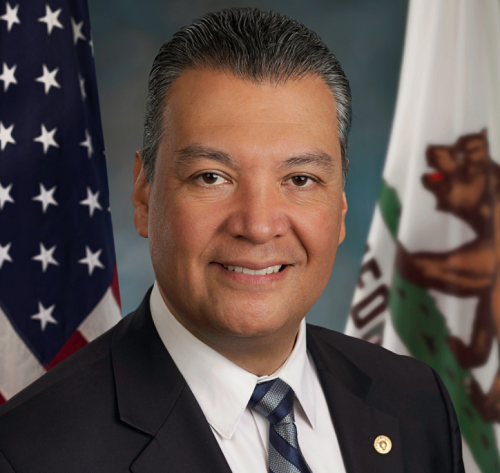 With his first bill, Senator Alex Padilla also wants to honor his parents, who migrated from Chihuahua in search of the American dream.

Five million essential workers, who have put their lives at risk during the pandemic working in more than a dozen vital industries such as healthcare, agriculture, childcare and domestic service, could become citizens if the first piece of legislation introduced by Senator Alex Padilla, is approved.

On January 20th, Alex Padilla was sworn in as California ́s Junior Senator, the first Latino in
that position in the state’s history. Governor Gavin Newsom appointed him to the vacant seat left by Vice President-elect Kamala Harris. Today, Padilla is the Chairman of the Judiciary Subcommittee on Immigration, Citizenship and Border Safety and his first bill wants to honor not only the efforts of those front-line workers during COVID-19, but those of his own parents who migrated from Chihuahua, Mexico to the US in the 1960s.

“For 40 years my father worked as a short order cook while my mom was cleaning houses,” said Padilla during an exclusive interview with ethnic reporters hosted by Ethnic Media Services. “It was honest hard work in their pursuit of the American dream. With that work they raised three children and gave us an education.”

The Padilla siblings grew up in the working-class community of Pacoima, California. His older sister Julie works in education and his younger brother Ackley is chief of staff for Councilwoman Nury Martinez on the Los Angeles City Council, where Padilla began his political career. He then was elected as a State Senator and subsequently became California’s first Latino Secretary of State between 2015 and 2021.

“For more than a year now we’ve all been through this COVID-19 pandemic and along the way i’ve seen gestures of appreciation, Facebook posts and tweets of people thanking essential workers who despite the risk and despite the pain continue to show up to work everyday to help put our food in our tables,” said Padilla referring to a workforce that is mostly undocumented.

“I believe it’s time we honor them and their service with more than just our words… for me, COVID relief means not only addressing the health impacts of the pandemic, but also rebuilding an economy that is much more inclusive of all populations, and give our front-line workers a path to citizenship they have earned and deserve,” he added.

According to a 2016 study by the Center for American Progress, undocumented workers contribute $4.7 trillion to U.S. GDP. Immigrants without papers pay $11.7 billion in state and local taxes and $12 billion in social security revenues every year.

Last week Padilla and a bicameral group of Democrats sent a letter to President Joe Biden to include this bill as part of the infrastructure package. This package could be approved in the Senate with 50 votes plus one, through a process called budget reconciliation, to prevent it from being obstructed under the figure of the filibuster, which requires 60 members to finish the debate before going to a vote.

“We will consider all the options,” Padilla said. “I know there is bipartisan support for reform, the question is whether we do an individual piece of legislation with separate votes or as a package. That is the negotiation.”

Padilla acknowledges that although several of his Republican colleagues support regularizing the dreamers and agricultural workers, a comprehensive immigration reform that shelters the 11 million undocumented immigrants who have been living in this country “in the shadows”, requires more arduous commitments.

“We think there is a possibility to get 60 votes for some of these reforms,” ​​but “reforming or abolishing the filibuster will help advance other agendas.”

Vital issues like protecting voting rights, climate change, and addressing historic injustices like reparations to African-American communities, which are on Padilla’s agenda, could also pass if the filibuster rule were changed.

He said Republicans have agitated the migration crisis at the border -which in March received 172,000 people according to data from Customs and Border Protection-, to avoid discussing the regularization of the 11 million that are already here.

“Some of my Republican colleagues will easily conflate both issues as an excuse to not want to do anything,” said Padilla, clarifying that unaccompanied minors and new immigrants arriving at the border are not covered by his legislation.

Padilla also said he supports the Hate Crimes bill, a phenomenon that has alarmingly affected the AAPI community in recent months across the country.

“We have insisted to FBI Director (Christopher) Wray to prioritize the issue of white supremacy,” Padilla said.

The Senator reflected on his 86 days in office by saying that he is still adjusting to the “volume and magnitude” of his new job at a very unique time of his transition.

“We are still in the midst of a global health pandemic, we are still in the wake of the deadly insurrection of January 6, my first weeks in the Senate I participated in the impeachment trial (of former President Trump) and was part of the crafting and passing of the American Rescue Plan… It’s a lot, ” he observed.

“I hope we can do as much as we can as soon as we can, before we get too close to the 2022 election cycle,” he concluded.