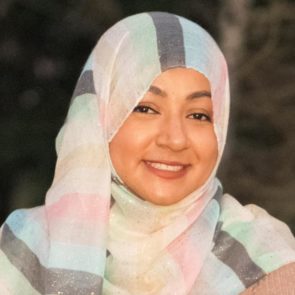 The court ruled that the Trump Administration improperly revoked the Deferred Action for Childhood Arrivals program, which currently offers more than 700,000 undocumented youth — also known as DREAMers — protection from deportation. Supreme Court Chief Justice John Roberts, who wrote the majority opinion on the case, said the Trump Administration’s abrupt revocation of the program in 2017 was “arbitrary and capricious” and violated government procedure.

The court did not rule on the merits of the program, which was implemented via an executive order by former President Barack Obama.

At a press briefing later that morning, several immigration activists from California’s Central Valley cheered the Supreme Court decision, but noted that DACA offers only a temporary fix to thousands of youth who have grown up in the U.S. and know no other country.

“I was extremely happy to see the decision made by the Supreme Court today. I was not expecting it. I thought it would be a negative decision,” said America Hernandez, a social services coordinator at Kids in Need of Defense, which is based in Fresno.

But, she noted, the Dream and Promise Act of 2019 — which offers permanent protection from deportation to DACA recipients and those with Temporary Protected Status or Deferred Enforced Departure — has been deadlocked in the Senate since last June, after it was passed by the House. TPS and DED holders would have the ability to immediately apply for green cards.

DACA recipients would first have to apply for conditional permanent residency, which requires the applicant to have arrived in the U.S. before the age of 18, and consistently remain the country for a period of four years. Applicants would have to have a clean criminal history and would need at least a high school diploma or GED, or be enrolled in school.

“The last three years have been tumultuous. We are tired and exhausted. We need a permanent solution. This is about doing what’s right,” said Hernandez.

Immigration attorney Jesus Martinez said: “Personally I was thinking this was the end of DACA, taking away protection from people who are productive members of our society.”

Sukaina Hussain, Central California Outreach Director of Council on American Islamic Relations, also said she was pleased with the June 18 Supreme Court decision. “Trump has attempted to promote a racist, xenophobic agenda through numerous attacks,” she said, citing the Administration’s severe restrictions on immigration, including a 2017 ban on Muslims entering the U.S.

“Through all of these attacks, our communities have fought back. We have stood on the front lines of this fight, and we will fight racism in all its forms,” she said.