Sharing a Passion for Social Justice

Sami Wasef, an Palestinian Arab from Jerusalem, and Magda Madrigal, a Latina born in Los Angeles, bond over their shared committments to social justice. 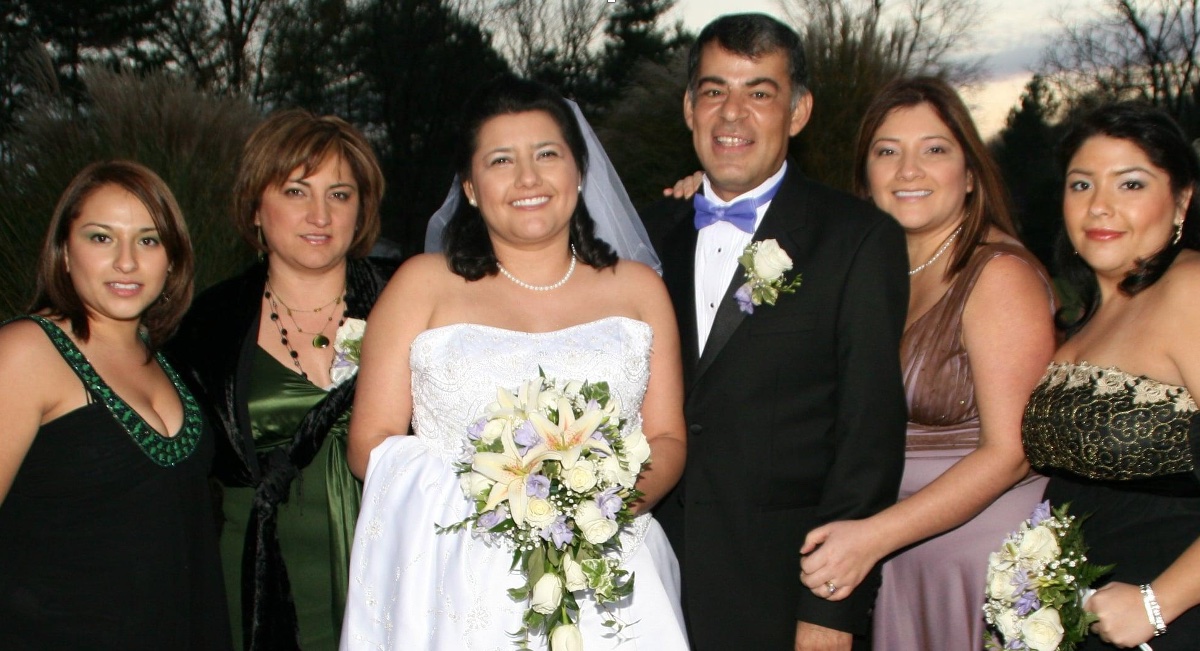 The number of inter-racial marriages in the United States has grown exponentially over the last decade as the country has grown increasingly diverse. Despite rising incidents of hate directed at people of color and immigrants, more people are bonding together across racial, religious and ethnic lines.

The marriage of Sami Wasef and Magda Madrigal is an example of how walls and divisions can be broken down and reconstructed.

The couple met at an anti-war protest in 2001. What attracted Magda to Sami was his extraordinary kindness, his progressive views, his non-judgmental nature. He was also “elegant, handsome, and above all fluent in Spanish,” she added with a smile.

Sami was drawn to Magda’s passion for the cause and her looks.

Sami was the youngest of five siblings, with two brothers and two sisters. After completing high school, he attended college in Canada and studied engineering. At the age of 25, he moved to California and worked in Los Angeles until he retired in 2010.

“We loved each other, and we were both adults, we had no qualms about marriage. We took this fateful step in our lives – we were about to get married with a strong heart and great joy for both of us,” said Magda.

Both their families stood by them as they took the step to marry.

Sami says they have made their marriage work because each has found ways to pursue their own passion, interests and cultural traditions. Sami goes to Arabic music concerts with friends, and Magda listens to Spanish music in her office or at home and participates in her own family and social events.

“We don’t have any problems about different cultures, we understand each other. Mixed marriages push couples to also long for their original culture always,” Magda said

When it comes to religion, Magda and Sami believe in the principles of Christianity. Both are Catholic but are not religious. “We respect all religions; we have friends from other religions.”

For the holidays they cook at their house or visit Magda’s mom. They take trips to visit Sami’s family on the east coast.

“We meet with friends and listen to people talk about interracial relationships and the success or failure of their experience. I believe that being an architect for the city of Los Angeles, I have had the opportunity to work with people from many cultures, which confirms that we are all the same,” Sami said.

Growing up in a working-class neighborhood, Magda has always been aware that people of color can be judged harshly and portrayed in a negative light. “Based on our personal experiences, before judging anyone, we must get to know the cultures and history of peoples,” she advises, because “there are good and bad people of all sects and colors.”

Magda and Sami do not have children, but Magda has a son from a previous marriage who “opened his mind to know about other cultures,” she said.

Sami believes that marriage is an individual decision that sometimes receives social and family acceptance, and at other times does not. He says there is no scientific study that has proven conclusively that when inter-racial marriages fail, it is because partners are from different cultures.

Immigrant Victims of Domestic Violence Still Struggle to Get Asylum