Election Officials Bracing for Trouble at the Polls 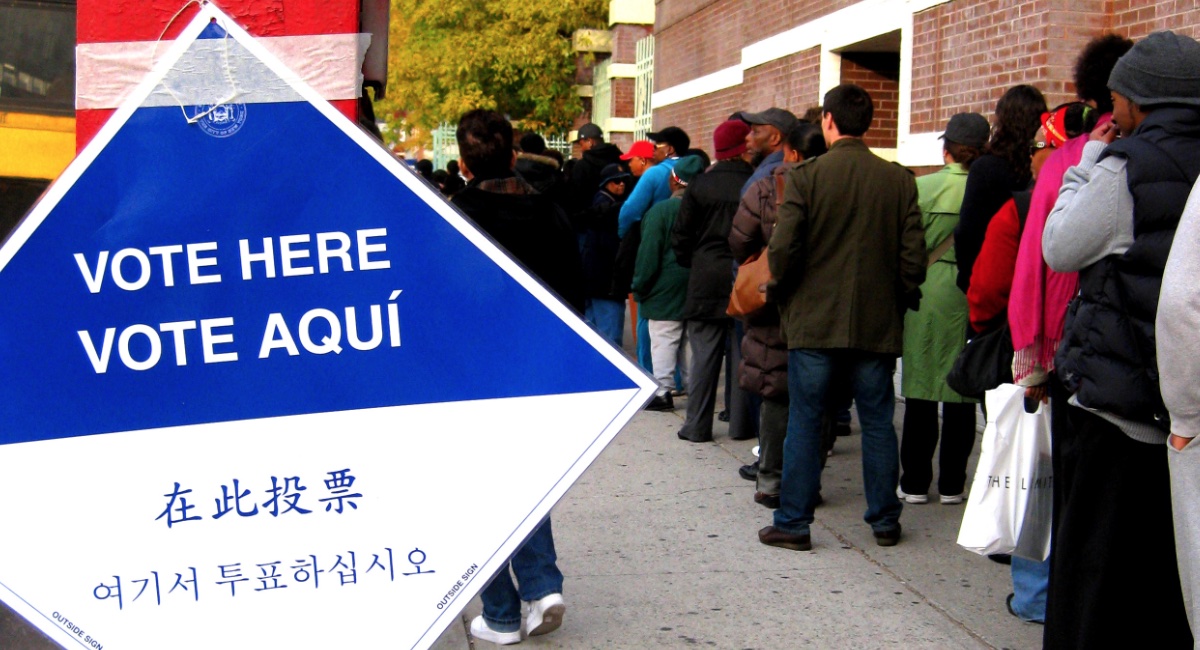 Doubts about election integrity among Republicans continue even as experts say rigorous and transparent safeguards are in place to ensure a secure election.

Three hundred candidates are running for office in 2022 who don’t believe Joe Biden won the 2020 Presidential Election. They won’t all win but imagining even half of them in office is an unsettling thought.

According to election experts, there are so many safeguards in place to protect election integrity that finding no evidence of fraud is reassuring, but not surprising.

“Despite the many challenges that election officials faced in 2020 with the pandemic and with record breaking turnout, federal officials and election security experts declared that election the most secure in history,” said Derek Tisler, an election specialist with the Brennan Center. “We are confident that 2022 will have a similar outcome.”

On the other hand, Democrats are overwhelmingly confident in-person votes will be counted accurately (95%) and have become more confident in absentee and mail voting since 2020. Nearly nine-in-ten (88%) are very or somewhat confident, compared with 77% in 2020.

Tisler said election workers across the country count ballots and then check and recheck them against other records until every eligible ballot has been counted and included in the vote total.

“These processes generally take place in public. Representatives from campaigns, political parties, media and the general public can and do observe election workers as they count and recount ballots to make sure that workers follow every step correctly, as outlined by law,” Tisler says.

The process takes time and doesn’t mean someone is in the back room stuffing ballot boxes after the polls close. Votes have a chain of custody. At every step along the way observers from both parties watch them.

Nevertheless, alternative facts and violent mobs have spawned a new kind of resentment politics in the U.S. where Republican hopefuls accept the results if they win; if they lose, they make claims of fraud and malfeasance by the Democrats or election officials. That’s what former President Trump and his supporters claimed in 2020.

Since then almost half of all states have passed tighter voting laws that make it harder to vote; many states, especially in the South, have gerrymandered election districts to reduce minority voting power; some have purged voting rolls, and others like Florida and Virginia have deputized election police to check for invalid voter registrations.

Since the summer of 2021, a special FBI taskforce investigated 100 credible threats against election officials and charged eight people. Only one resulted in an 18-month prison sentence. Meanwhile, there has been an outflow of longtime election workers who have quit since the 2020 election.

In the aftermath of the 2020 election, the certification of the final results was illegally challenged in a number of states, Tisler says. The safeguards were there but ignored by hyper-partisan officials who didn’t do their job.

“It is their legal obligation to certify final results. They cannot reject results simply because they disagree with the outcome,” Tisler says, adding that with tomorrow’s mid-terms “there are guardrails in place and officials and courts are ready to step in and make sure that everyone is following the law.”

“Elections are complicated sometimes,” she acknowledged, adding that while process is simple there are safeguards in place that make the count more secure and make sure that every vote gets counted.

“I am committed to ensuring that your vote will count. Every vote that you place in the envelope or place in a box or take part in at the local polling place, we are committed to making sure that every vote in California counts,” Weber says.

She cautioned California voters to sign the envelope if they vote by mail. “We have lots of discussions about ballots that are rejected or take more time to count, or we have to go verify and find the voter and get them to come and sign that ballot. You ensure that your vote is going to count initially simply by signing the ballot,” she says.

And while no election deniers are running for office in California, Weber says she has been sued more than 50 times over the 2020 election. Those lawsuits have all failed.

“And the reason why these cases continue to fail is because there’s nothing to them… There’s no information to substantiate the claims and allegations,” she says. A successful complaint requires both a specific allegation and proof.

“We don’t have people marching in front of our boxes with guns, with fatigue outfits, those kinds of things that we saw this past weekend in Arizona and other places. We don’t have folks like that,” Weber added.

If problems do arise during the voting, like someone trying to disrupt or cause confusion, Weber says that poll workers have been trained to de-escalate the situation.

“If all else fails, we are prepared to basically call in law enforcement to make sure that they are safe.”

When they Get to Vote, Native Americans Swing Elections