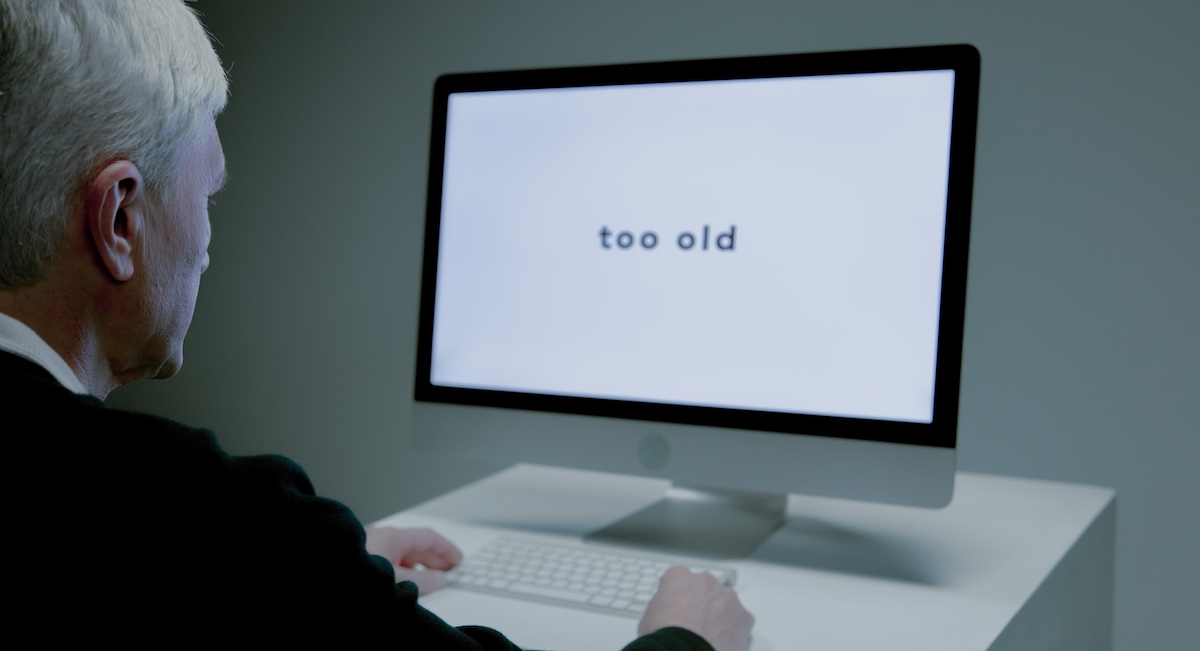 A man goes to his orthopedist to complain about his aching left knee. “Oh, you’re just getting older,” says the physician dismissively.

“I may be getting old, doc, but my right knee isn’t hurting,” says the man.

Birthday card greeting: “A woman is unlike a bottle of fine wine. She tends to get sour and bitter with age.”

Younger worker jokes to co-worker: “You’re still coming in every day? Step aside, make some room for young blood.”

These are three seemingly benign examples of “everyday ageism,” defined as discrimination, prejudice, and stereotyping based on age. Countless others exist, including in the spheres of health care, employment, and housing. Age-related bias is expressed both explicitly and implicitly, by individuals, or institutionally and culturally.

Ageism can have profound impacts on an older adult’s physical and mental well-being. Over 82 percent of adults over the age of 50 say they regularly experience one or more form of everyday ageism on a regular basis, reported the University of Michigan which surveyed 2,048 adults in a 2019 poll. Women disproportionately suffer from age-related bias, which has harmful impacts on their financial health.

Moreover, ageism can also impact the electoral process. Mainstream media have questioned whether President Joe Biden should run for a second term, given his age. Media have also published ageist pieces on Sen. Dianne Feinstein, D-California, questioning her cognitive ability, and whether she should step down to make room for new progressives.  And a July 20 op-ed in Esquire magazine proposes a “maximum age” of 80 for politicians.

“Higher levels of ageism were also associated with having multiple chronic health conditions such as diabetes or heart disease,” said Allen, who was the lead researcher on the recent JAMA paper: “Experiences of Everyday Ageism and the Health of Older US Adults.”

Structural inequities in the US healthcare system deny life-saving procedures to older adults, such as organ transplants and clinical trials, said Allen. Moreover, physicians tend to communicate with the caregiver who has brought the patient in, so that older adults cannot directly advocate for themselves, she said.

Dr. Louise Aronson, geriatrician, and Professor of Medicine at UC San Francisco, discussed the disproportionate impact of ageism on women. She noted that women of color face racism, sexism, and ageism together, a troubling brew which affects economic stability, and self perception, among other factors.

Women across the board earn 82 cents for every dollar a man earns. Black and Latino women earn 65 cents versus their male counterparts. Women of color with advanced degrees earn 70 percent of what men earn.

“So women enter old age with less money and fewer resources,” said Aronson, who was a Pulitzer Prize finalist in 2020 for her book: “Elderhood: Redefining Aging, Transforming Medicine, and Reimagining Life.”

“Lookism” also comes into play for older women, said Aronson. “The importance of youthful and attractive appearance matters so much more for women than for men. There’s a lot of pressure for women to look youthful, the hair dye, all the cosmetic surgeries.”

Women who eschew products to make them look younger are evaluated as being less valuable, less competent, and are more likely to be fired with the same qualifications and performance reviews as men,” said Aronson.

Paul Kleyman, national coordinator at Journalists Network on Generations, and editor of Generation Beats Online, discussed the impact of ageism in politics.

Media are promoting the concept of gerontocracy — government based on rule by older people — as unhealthy for the status of the country, said Kleyman. “There have been calls for sweeping aside leaders in their 70s and 80s because they form a gerontocracy of people presumed to be out of touch with the country’s needs,” he said.

“Too many economic and political leaders still see our rapidly aging population as a looming budgetary burden,” said Kleyman, adding that media must refocus its reporting to examine the contributions older adults make to our society.

Patricia M. D’Antonio, Vice President, Policy and Professional Affairs at the Gerontological Society of America, and Executive Director of the Reframing Aging Initiative, talked about solutions to addressing ageism at both an individual and societal level.

“So we even recognize in our frailty, when people may have more chronic conditions and more challenges, there’s still that opportunity to contribute because of that accumulated wisdom that we have gained over our life course,” she said. “Quite often it’s important for us to highlight and tell a more complete story about aging that shows the creative solutions, that demonstrates that we are highly innovative.”

“These are the kind of values that we know that will get people to think about aging in a much more complete way,” she said.