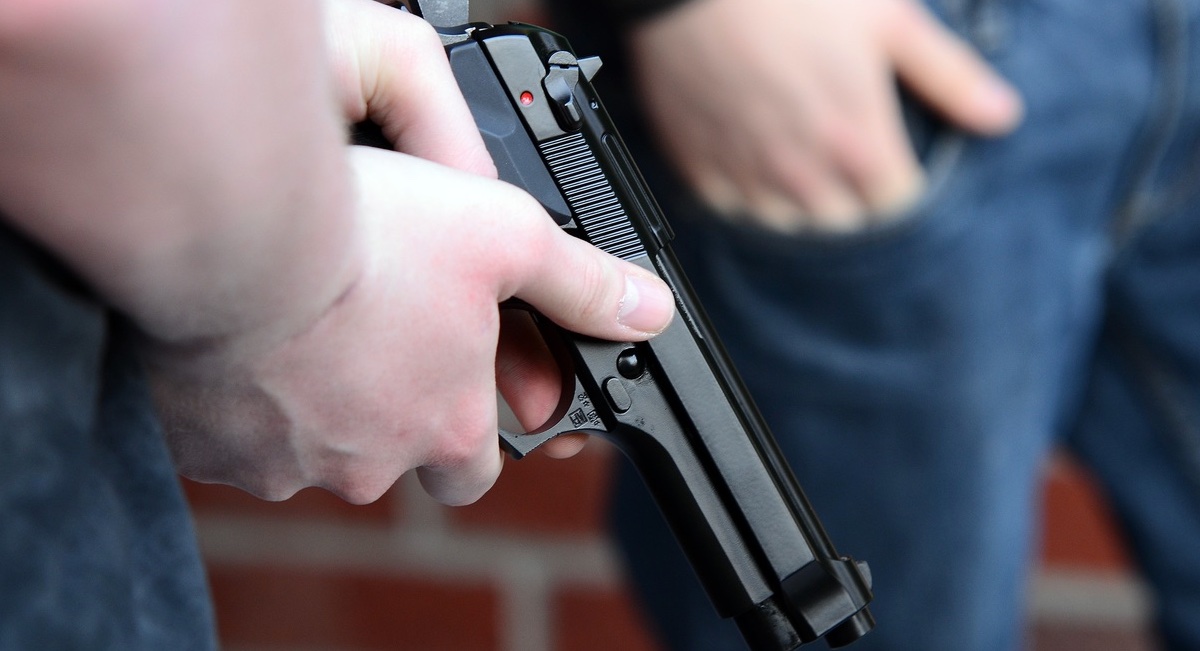 Ed. Note: Mass shootings have become a fixture of the American landscape. The past two weeks alone have seen attacks in Buffalo, Orange County, and on Tuesday, the gruesome killing of 21—19 of them children—at an elementary school in Uvalde, Texas. Public discourse invariably turns to the question of gun control in the wake of these tragedies, yet too often the perspective of immigrant communities is left out or ignored, even as they become increasingly ensconced in this uniquely American phenomenon. We spoke with members of Korean, Vietnamese, and Sikh media to gain a better sense of how their audiences view the question of gun control. Each of these communities has been struck by the recent uptick in mass shootings. Each also carries with them histories of war and internecine conflict, experiences that inform their attitudes toward the question of gun rights in this country.

“Many Koreans… and especially Korean men, support tighter gun control laws,” says Jongwon Lee, an attorney and Atlanta-based reporter. “That’s because they were once in the military, and they know how lethal and how dangerous guns are.”

South Korean men are required to serve two years of active duty in the military, and another four years in active reserve. Because of that, says Lee, “probably 80 to 90 percent of Korean men have some level of training with firearms.”

That fact became all too clear during the LA Riots in 1994, when images of rifle-carrying Korean business owners defending their establishments circulated widely.

And while Lee says he doesn’t support a blanket ban on gun ownership, he does believe that “common sense steps” are necessary to address the rising tide of mass shootings and gun violence more generally in this country. “We know guns are dangerous and we need to know how to use them properly.”

An editorial in the Korea Daily echoed that sentiment, tying the issue of gun violence to rising incidents of racism, including last week’s attack by an avowed white supremacist in Buffalo that killed 10 African Americans.

“The two issues that most reveal the American character are race and guns,” the author writes. Pointing to recent attacks targeting Asian communities in Dallas and Atlanta, he adds, “If deep-rooted racial conflict can’t be eradicated, at least keep guns out of the hands of racists.”

In Texas, Georgia, and a handful of other states gun laws have until recently been moving away from tighter controls, with Texas Gov. Greg Abbot recently doing away with background checks for all gun purchases.

Lee says gun culture in parts of the south have Korean corporations—which are increasingly eyeing the region to set up factories—fretting. He cited an incident in Alabama, where an employee brought a gun onto company property after an altercation with someone higher up.

As for gun culture more broadly, Lee notes most Koreans believe there won’t be any significant change. With Atlanta having recently marked the one-year anniversary of a fatal shooting that killed eight women, he says most are “praying they aren’t targeted.”

“We’re so tired of fighting,” says Dzung Do, editor of the oldest and largest Vietnamese media outlet in the U.S., Nguoi Viet News, based in Southern California. “We all had loved ones among the victims killed by guns on the battlefields, in cities or villages. So, guns are the last thing most of us want to see in our own homes in America.”

Like many of his generation, Do arrived to the U.S. as a refugee fleeing a war that claimed upwards of 3 million lives. Today, Vietnamese Americans comprise one of the fastest growing communities in the country, with population centers spread out across both blue states and red.

Yet even amid a rising tide of violence targeting Asian communities, Do says many Vietnamese turn to family and local institutions for security.

“We actually look to our families and community congregations as the most powerful and effective protection against any kind of calamity, from violent attacks to natural disasters,” he said. “It’s not unusual for a family household to have 3 to 4 generations living under one roof, not just for economic and cultural reasons but also for safety. There’s always someone with the children and seniors at home.”

Do adds that more Vietnamese are running for elected office, a sign that they see their security as being vested in “family and community structures” as opposed to the more “individualistic” security that comes from gun ownership.

Still, there is some degree of nuance when it comes to the politics of gun ownership. Many Vietnamese are in fact registered Republicans—indeed, many continue to support former-President Trump—a position linked to the GOPs traditional stance against communist governments.

But according to Do, when it comes to guns, positions tend to vary by geography.

“Most Vietnamese living in major urban areas like San Francisco, Orange County, Seattle, or New York… would likely vote in favor of gun control laws,” he says, while those in more rural areas or along the Gulf Coast would be more inclined to support gun ownership. “For these folks, possessing firearms is more like abiding by local social etiquette rather than a deeply rooted belief in the second amendment.”

For Sikh community, a “holistic approach” to gun violence

On Aug. 6, 2012, the Sikh American community in Oak Creek, Wisconsin, was targeted in one of the most horrific instances of gun violence. Wade Michael Page, a self-ascribed neo-Nazi, opened fire at the town’s main center of worship as congregants filed in for Sunday morning prayers. Page killed six people and wounded four others before taking the gun to himself.

Jasjeet Singh, publisher of the Amritsar Times, in Fremont, California, told EMS that the Sikh American community responded with increased calls for gun control, including a ban on semi-automatic pistols, which Page used in his attack. The community also called for universal background checks. Page’s affiliation with white supremacist groups was well-known.

“But gun control alone will not solve the problem of gun violence,” said Singh, who has been covering the Sikh American community for more than 30 years. “There are so many underlying issues that are never addressed.”

“Did the gunman have a history of depression? What was his relationship to his family? What was his economic status? In Sikhism, we look at all the factors that could cause a person to commit such an atrocious act of violence,” he said. “We must teach people to pray, to rely on their faith. We must revamp our education system. We must have a holistic approach to addressing gun violence,” said Singh.

Additional reporting by Julian Do and Sunita Sohrabji