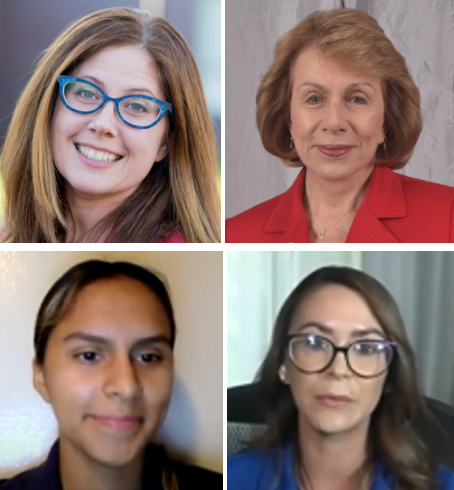 The Internet has become so central to modern life that access to it is a necessity. Broadband access is an integral part of infrastructure negotiations and in the United Nations, that access is considered a human right.

At a panel convened by Ethnic Media Services on July 23, representatives of national and California nonprofits, joined by an elementary school tutor and an adult education leader, discussed efforts to create equitable, reliable Internet access for all and why doing so is important.

“(The pandemic) drew attention to the issue … when there were news stories showing kids doing their homework in a Taco Bell parking lot, how does that not break anyone’s heart?” Angela Siefer, executive director of the National Digital Inclusion Alliance  (NDIA), asked.

“There is no longer any question as to whether broadband is infrastructure,” she said, but “It’s also about work, it’s also about health, it’s about connecting to your families, it’s about everything. Survive today without it? No.”

Nationwide, “36 million U.S. households do not have an Internet connection – a wire line – cable, DSL or fiber in their homes,” Siefer said.

“We still encounter individuals who think the problem is about rural availability,” Siefer added. “Twenty-six million are urban, 10 million are rural. All of these households are important, but the bigger number piece of this is urban.

“There’s also a significant problem about affordability and having the support to learn digital skills to be able to make full use of it.”

“The digital divide is literally just another manifestation of the economic divide, of the opportunity divide, and that is rooted in systemic racism,” said Sunne McPeak, president and CEO of the California Emerging Technology Fund (CETF).

CETF was formed in 2005 to address the digital divide in the state as part of the negotiations that allowed SBC to buy AT&T and Verizon to buy MCI. In its most recent survey, McPeak said, “We have about 91% of Californians connected at home – a very good number.

“But we also have, within that, 6% who are connected by a smartphone only, which is truly an under-connected household. So between the 9% without any access, and the 6% using only a phone, 15% are underserved.”

CETF also found that Latino households in California were markedly behind other ethnic groups in having broadband access. While 24% of Latino households either had no access or smartphone only, for Asian American respondents, that number was 11% and for Black or White/non-Hispanics, 9%.

Of low-income respondents, 23% reported losing access for a month or more in the previous year.

The growing popularity of streaming for entertainment, along with the need to both download and upload documents, video and more for education and other purposes, particularly “telehealth” visits with doctors, means that broadband systems need to be able to grow.

“It’s sort of a miracle that the entire network didn’t collapse” as the pandemic set in, McPeak said.

“We need to significantly upgrade the speed capacity of networks throughout the entire country.”

But, Siefer said, “More folks understand and recognize the digital divide than ever before,” including in official circles.

It could be extended, McPeak said, but for the moment is under-subscribed, although the eligibility rules are not steep.

And a key element of ongoing negotiations on an infrastructure bill in Congress is improving broadband access nationwide. Preliminary figures advanced by the Biden administration include  $65 billion for “universal broadband infrastructure” in the $1.2 trillion package.

Of that, $2.75 billion supports a Digital Equity Act, Siefer said.

Siefer and McPeak were followed at the news briefing by Michelle Flores, 19, who tutors students in grades 2-5 in Los Angeles County, and Erica Del Torro, who runs the Parent University program at Cal State Fresno.

Flores said her students often struggled to participate due to lack of Internet access, computers or system crashes. Her employer, Southeast Community Development Corporation,  was able to step in to help some, she said, but “some students couldn’t attend anymore.”

Del Torro said that with local school systems greatly impacted by pandemic, their need for her program providing computer and financial-management skills went “through the roof.” Students at home didn’t know how to use their devices, or the programs they now had to use for school, nor did their parents.

“In the United States, providing Internet service is a commodity, it’s not a public utility,” McPeak said, in conclusion. “Legally, it’s not a utility. But morally, it should be.”

There is room to change that, though. There are places in the world where broadband access is provided by the government, even in California.

“It is first and foremost the responsibility of our government to provide the leadership,” McPeak said. “We say (to political leaders and Internet service providers) ‘either step up or step aside!’”