Q&A: Covering San Francisco’s Chinese community from the heart of the Mission 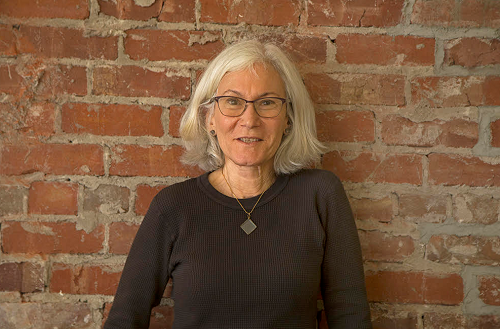 Ed. Note: A year and a half into the COVID 19 pandemic, Mission Local founder and editor Lydia Chavez launched a series of articles focusing on the food lines in San Francisco’s heavily Latino Mission District. Her team quickly discovered that many of the individuals in line — sometimes as many as half — were elderly Chinese immigrants who spoke little to no English. “It killed me that we could not talk to this population,” says Chavez. The experience prompted her to bring on a young reporter, Yujie Zhou, who is fluent in Mandarin and Cantonese — two of the more prevalent Chinese dialects in The City. Weaving personal accounts with modern Chinese history, Zhou’s reporting has shed new light on the experiences of this often seen but rarely heard community, bringing greater visibility and understanding at a critical moment of high anxiety, isolation and fear. Chavez spoke with Ethnic Media Services contributor Peter Schurmann.

Tell us about your decision to cover the Chinese community? What prompted it and what have you learned?

If there was any benefit to COVID — it’s so hard to even talk about COVID in those terms — it was that it made people see how important local coverage is. People wanted to know what was going on in San Francisco, in their neighborhoods. And that is a good segue into Yujie. The Mission only has a 15% Asian population, and it killed me that we could not talk to these people. And San Francisco, of course, is more than 35% Asian, and I just don’t see them reflected in the mainstream media at all.

We had this series of stories where we would go out to the food lines. And sometimes half, or at least 25% of the people in the lines were Chinese immigrants. We tried interviewing them, but the English was not there. People were hesitant to talk to us. We tried to get translators, but they would only do it by Zoom because of COVID, and so of course that wouldn’t work. At one point we even had a Stanford professor volunteer to translate for us.

When we were hiring interns, we were looking for Asian language abilities. Yujie sent in her application, and we just grabbed her. She’s a fabulous reporter and in her reporting, I can see how much we’ve been missing. We sent her out to the lines first. I said, “Just talk to people. See what’s on their minds. See how this has been for them.” She began to get sources, to talk to social service agencies in Chinatown to see what they are saying about trends and ongoing issues. And she’s just come up with great stories doing this.

What jumps out at you from her reporting specifically?

A lot of the stories from the food lines are about the difficulty of paying rent, but with the Chinese community, isolation was the bigger problem. They’re talking about how, “We went through the Great Leap Forward, we went through the Cultural Revolution. The worst of this [COVID pandemic], aside from the isolation, is we can’t go back to China to get our clothes where we do our shopping.” So there, that’s the story. They’ve lived through so much worse. And it puts the pandemic in a bit of perspective. I mean some of the stories are like, wow… It’s almost like literature, which has always given me a great sense of what it’s like to be an immigrant; the loneliness, the isolation. And I feel like Yujie’s stories are doing that as well, and it’s simply by speaking to people who haven’t talked to us before.

There is so much history in the stories. Was that intentional?

You said the pandemic has prompted a desire among readers to learn more about their communities. What role do you see for outlets like Mission Local in responding to that desire?

With COVID from the get-go… we’ve been tracking hospitalizations, tracking cases. We were cobbling together the information. If you look at other outlets here, they were doing the Bay Area, but people wanted to know what was happening in The City, what was happening in their neighborhood. And so, we started to do that. We did it daily, now we’re doing it three times a week. It became very popular. Our series on testing campaigns, and what communities were getting tested and why… They really appreciated just focusing on San Francisco. Since 2016 we’ve covered police reform, which I think is important to all San Franciscans. City corruption, following City Hall… we’re trying to get a smaller grant for a City Hall investigative reporter. Housing remains huge. The trash in The City is a huge problem. That’s a story we’ll continue to cover. I’ve always looked at Mission Local as adding value, adding depth where we can. I think that has earned us loyal readers.

What are your priorities for the coming year?

We’d like to expand. Our entire issue is money. It surprises me… we’ve been at this since 2008. I’m Latina, the leader of a news site that has successfully grown, we’ve hired an impressive team. And it is surprising to me that some benefactor doesn’t come along to say, “Let’s see what you can do with a little more money.” I would love for that to happen.

How do you describe Mission Local?

I think we’re a media for everyone. Covering San Francisco, I don’t know how you can cover The City well and not cover the wider ethnic communities.