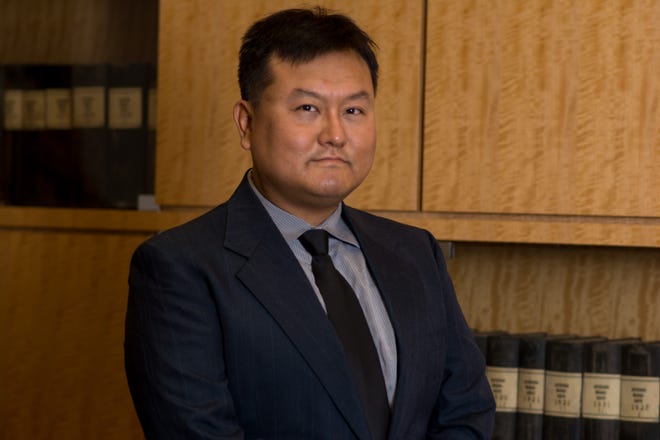 Ed. Note: The March 21, 2021 fatal shooting of 8 people, including 6 Asian women, cast a spotlight on the growing Korean population in Georgia — as well as in surrounding Southern states, including Texas, Alabama, Louisiana, North Carolina and Florida. Korean media based in Atlanta provided invaluable connecting points for the local community in shock and grieving the loss of life. As EMS organized briefings this week in these same states with redistricting advocates fighting for more equitable representation for communities of color, we relied heavily on Korean media to inform their audiences about what was at stake. Jongwon Lee, a veteran of Korean media in Atlanta, is a lawyer and long-time associate of EMS. We asked him to talk about the vital role of Korean media serving the Korean diaspora populations in the South at this critical juncture.

The Korean community in Southern states like Georgia has grown rapidly in recent years. What role does the Korean media play for this growing community?

The Korean community in Georgia is the third largest in the United States after Los Angeles and New York, and yet neither the state nor local governments have offered adequate resources in Korean, even during the COVID 19 pandemic. It’s clear the state continues to ignore communities that don’t speak English. For instance, when the City of Atlanta’s Immigrant Affairs office declared a COVID emergency it put out an announcement in multiple languages, including Korean. It was the only agency in the entire state to do so. Otherwise Korean media and volunteers have to translate all the materials themselves. Even now I am sharing info about the FEMA funeral assistance program because Koreans have no idea it even exists. Look, Southern hospitality is real. People here are very nice. But that doesn’t mean they understand Asian communities. And now, as the API population grows, it’s clear local politicians and elected officials don’t understand them either. So, Korean media plays an important role as information providers on important policy and social issues like this.

Do local governments in Georgia make any effort to work with Korean media?

It’s interesting, the Republican National Convention recently opened an office in Atlanta’s Koreatown and is specifically targeting Korean and API voters. They [Republicans] hired a full time API manager just for that role. I always tell my Democrat friends, you’re too slow. In general, though, I think governments here see Korean media as being just one among other media sectors. But the Korean media here is distinct… for most Georgians there are a lot of options to find news and information, while there are only three Korean language newspapers in the entire state and one TV network. I think the government should pay more attention to Korean media, given its unique position and the huge service it provides. But unfortunately, they don’t.

You mention the service Korean media provides. That became clear after the tragic mass shooting in March that targeted members of Atlanta’s Korean and API community.

There is a huge gap in coverage by Korean media and so-called mainstream media. After the shooting journalists began appearing in the community, asking me for sensitive information, like contacts for victims’ families. These were the same media that were reporting on the victims as sex workers and illegal immigrants. That was infuriating to the community here. In the Korean media, what you saw was a focus on how to help victims’ families, how to protect yourself in the event of a shooting, and how to report crimes. The mainstream press just doesn’t seem to understand or care about the sensitivities in the Korean community, about the importance attached to dignity and honesty. Their reporting harmed the entire community. Korean media isn’t perfect, but it fills this important gap.

There continues to be anxiety around crimes targeting the API community. Is there still a sense of fear among Koreans in Georgia?

Fear is still there. Nothing has changed. We had a lot of media coverage after the shooting in March, but all that attention is gone now, and nothing has changed. This is why I became a spokesperson for the Korean American Association Against Hate Crimes in Atlanta. We still need media attention, and we keep raising our voice, but no one is listening. We are planning an online event on January 30 to commemorate the one-year anniversary of the shooting and to discuss ongoing hate crimes targeting API communities. We are also planning a memorial event for the March shooting, to provide specific safety training for the Korean community.

Like a lot of media, Korean media has struggled in this current environment, even as the need is as great as ever. Can you tell us what that looks like from your vantage point?

Korean media nationwide are struggling with staff shortages and with declining revenue thanks to social media. Even Korean seniors — who traditionally relied on local Korean media — now turn to social media. And the problem is that, as we know, social media is often rife with false or misleading information, which can get shared rapidly, especially during a pandemic. The problem for Korean media is again the staffing shortage. Here in the South, Korean companies are opening factories and luring young, bi-lingual Koreans who might otherwise have taken work with Korean media. At the same time, veteran journalists are getting older while their outlets struggle with diminishing resources.

What do you see as the future for Korean media?

Despite the challenges, I still believe Korean media in the South has a future because the Korean population in the South is younger than other areas. The average age is around 30 or 40. Quite young. Because there are a lot of jobs from Korean companies, there is strong demand for bilingual workers. And the population here is growing, even as the size of the Korean community in other areas like Chicago or Washington DC have begun to stagnate or even shrink. So Korean media still has a future, but it won’t be for traditional media, like newspapers. Instead, it will have to find a way to grab this younger generation and to become more adept with social media. That would be an opportunity to guarantee its future.