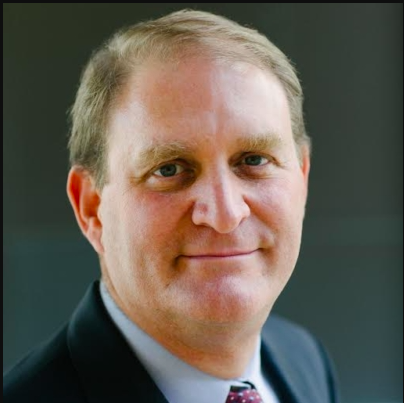 With the 2020 presidential election now just days away, Stanford Law Professor Nathaniel Persily shared some thoughts with dozens of ethnic media journalists on what to watch for and what to beware as results begin to come in next week.

“We’re working in an incredibly polarized political environment,” said Persily, who leads Stanford and MIT (Massachusetts Institute of Technology)’s joint Healthy Elections Project and appears regularly on such mainstream media outlets as NBC and PBS television. “Everyone right now is thin-skinned, looking for problems, likely to react in dramatic ways.”

Persily opened an Ethnic Media Services teleconference by pointing out some of what is new and different about the election this year. Primarily, because of the COVID-19 pandemic, unprecedented numbers of people will skip voting at the polls on Nov. 3 in favor of voting “absentee,” also called voting “by mail,” setting a trend he expects will become increasingly established in years to come.

Persily estimates that between 70 million and 80 million such votes will be cast in the current election. He noted, too, that “by mail” may more accurately describe how the ballots are distributed to voters, rather than how those voters then cast their votes.

With Election Day now less than a week away, he said, anyone planning to use an absentee ballot should probably hand-deliver it to either the local registrar’s office or an official drop-off box. Rules vary from state to state, but it may already be too late to be confident that a ballot sent through the U.S. Postal Service will arrive in time to be counted.

The volume of “by mail” voting is expected to be double that of any previous election, Persily said.

Also different this year is the extent to which those absentee ballots are being used by Democratic Party-aligned voters and the record volume of early voting in states across the country that have polling sites open.

Persily expects that “easily 60%” and perhaps as many as 75% of votes in the 2020 election will be cast in advance of Election Day. So on Nov. 3, only 30 million to 50 million people are expected at the in-person voting booths, he said.

Nonetheless, “there are going to be problems on Election Day, there always are,” he cautioned, and suggested a few to expect, including: long lines, machine breakdowns, a shortage or subpar training of poll workers due to the impacts of COVID-19, scuffles between voters, and intimidation tactics. But it’s too early to see what might lead to litigation.

“The key for reporters,” he said, “is to not focus on isolated instances but to look for systemic issues.”

Once the polls have closed, he continued, news organizations should take care not to focus on the percentage of precincts reporting results. Because every state has its own way of counting votes, for instance, some will include absentee votes on a precinct-by-precinct basis, whereas others will dedicate a precinct just to those so-called “mail-in” ballots. Also, some states will count early-arriving ballots as they come in, while others will wait until Election Day itself, or just before then, so getting numbers that accurately reflect results will be a confusing process.

“Every state and locality is different,” he said, so “initial results are not necessarily predictive.”

“Do NOT declare winners!” Persily urged the news writers in attendance.

“Contextualize results. When you’re reporting on votes coming in, contrast those numbers with the number of expected voters.” To do that, he recommended knowing how many votes are expected in any given locality before reporting on its preliminary results. Also, he said, it’s important to note where the votes are coming from, and how they’re being cast — for instance, if absentee ballots have been attributed to their location of origin.

Most importantly, he said, compare results, particularly in the presidential election, to the results from 2016, to see if there’s been a rising tide for either party at either the state or county levels.

Arizona and Florida have already begun counting absentee ballots, he pointed out, and Florida expects to have those tallies ready for dissemination when the polls close on the evening of Election Day. But in states including Wisconsin, Pennsylvania and Michigan, votes received in advance may not yet be counted on the evening of Nov. 3, and may take days to fully report.

He warned against premature acceptance of results based on phenomena such as a “Red Mirage,” based on Election Day turnout at the polls that lean Republican, a “Blue Wave” of heavily Democratic-leaning absentee votes, or a “Blue Mirage” the earliest tabulations of those “mail-in” votes in the states that report them while Election Day votes are still being counted.

Persily cautioned about what sources to trust for election information, and to beware of early claims of victory, and of foreign or domestic claims of fraud such as destroyed votes or official malfeasance in the counting process. For reliable, authoritative sources and information on litigation and on the procedures of the different states, he recommended healthypolls.stanford.edu and healthyelections.org.

Temper expectations of when results will be available, particularly if the election is anywhere near as close as 2016’s, he said. “I tend to think it’s closer than people presume.”

Asked what states might be important to watch, he said that a Biden victory in Florida or Trump ascendancy in Maine or New Hampshire could be predictive.

It’s inevitable that pundits will make their predictions, he said, but “exit polls on Election Night are notoriously inaccurate.

“We’re going to have to wait. What makes an election official is certification by the chief election officer in the state,” he said, and that can take weeks.