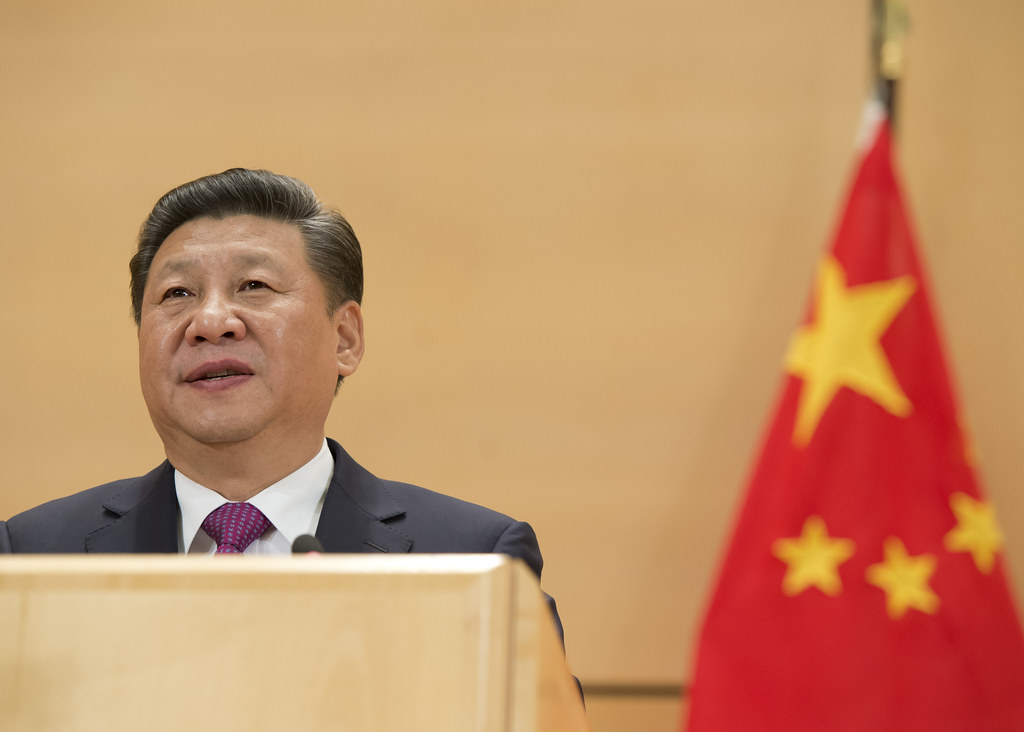 Ed. Note: Jeremy Goldkorn spent 20 years living and working in Beijing before moving to the United States, where he is now editor-in-chief of SupChina, an online news source that seeks to cover the rising superpower “without fear or favor.” As tensions with the US rise and as China seems to be closing itself off to the outside world as it continues to grapple with the Covid 19 pandemic, Goldkorn says achieving that balance is becoming increasingly difficult. He spoke with EMS Contributing Editor Peter Schurmann. (This interview has been edited for length and clarity.)

Tell us a bit about SupChina. What is its history and its mission?

SupChina was founded in 2016. The initial impetus was to create something like a short newsletter that allowed readers to stay current on news from China every day, though it became obvious there was a need out there for something more in depth. We are trying to cover China “without fear or favor,” and that has become increasingly difficult with rising tensions between the US and China. We are constantly dealing with the difficulties of walking that line, often getting criticized from both sides. We were recently attacked by a Chinese state media for being a hostile anti-China force. It’s part of why we exist, because everyone is feeling so strongly, but it also makes it quite a difficult thing to do.

What are your thoughts on US coverage of China? What does it get right, and what is missed?

Jamil Anderlini, former head of the Financial Times’ Beijing bureau, used to say there are only three stories that people internationally are interested in about China: “big China,” “scary China,” and “weird China.” So “big China” is, huge numbers of people, large dams, fast trains, and economic growth. “Scary China” is viruses, or they’re stealing our intellectual property, or they’re going to invade. And “weird China” is sex doll factories and people eating funny things. And to an extent I think this is still true, it still does end up being these kinds of stories that make it to the top of the fold as it were. Which means there are a lot of gaps in the coverage, and China is a complicated place. Now we are in a situation where for the better part of 10 years the US and China have been drifting, which makes it an even tougher story to cover. You are trying to describe a country that is often demonized in the press in a way that does not give news consumers an accurate idea of what is going on. What are the dangers, what can we learn? That is why we exist, to make it easier to get a complete picture.

What are some stories you’re covering now that you think merit more attention here in the US?

Ukraine is important. China is being very supportive of Russia. And it’s gathering support in the global south, where Beijing is portraying itself as a neutral actor. If you’re an African country, you see that no one cares about war in Ethiopia, but now you have to get into line behind Russian sanctions over its war in Ukraine? We don’t know what kind of economic support China will offer to Russia, but it is offering moral support to Moscow while persuading countries in the global south that it is an honest broker, whereas the US is not. China’s relationship with the global south, generally, is under covered, and when it is covered, it’s often inaccurate. China is putting a lot of energy into Africa, for example, and not all of it is being driven by the government. The continent’s largest mobile brand is a Chinese-owned company that recently released software designed to enhance photos of people with darker skin. These are entrepreneurs doing this, not the state. These are things that will lead to real changes, and the US may soon find it is no longer seen as the benevolent force in the region.

Has the war in Ukraine changed Beijing’s calculations over Taiwan?

The obvious takeaway is if China is cozying up to Russia, some of it must be a quid pro quo… they expect support for a possible invasion of Taiwan. Now that view is dismissed by experts and former diplomats, who point out all the reasons why China would not want to invade Taiwan. But we live in uncertain times. Russia invaded Ukraine, Beijing supports Russia and is drawing a line with the US, while encouraging other countries to join it.

China maintains a tight grip on information flows inside and increasingly outside the country. How do you gather your news under these constraints?

We have writers in China. We talk to a lot of academics and reporters around the world. We read a lot of Chinese media… We read everything published. But it is getting increasingly difficult as China is shutting itself off from the outside world. This is a country that considers itself a superpower, aspires to be an equal to the US. But the censorship is so strict in China that you can’t report on anything related to reality as a media entity and still exist. The story we ran yesterday was about how five Chinese scholars were supposed to participate in online panels at the Association of Asian Studies annual conference. This is the most respected organization in the field in terms of organizing these big academic get-togethers, and there has always been a lot of people from China attending. These scholars were basically hassled by the authorities to withdraw from the event. How can such an important country function with that level of paranoia?

What about Covid? What kind of changes has the pandemic wrought for ordinary Chinese?

I think generally most Chinese have grown more patriotic… They’ve looked at the death toll in the US (over 1 million) with horror and they see in China’s response a mark of competence on the part of the government and a sign that China is emerging as a modern, powerful state. But the pandemic has also accelerated the closing off of China. Travel restrictions make it almost impossible for foreigners to come in and make it tough for Chinese to leave or move around the country. And this coincides with the surge in very nationalistic propaganda, and I think these are having negative effects on the psyche of the country. But in some ways, it’s like everywhere. The NYT had a piece today about how this is exposing the fragility of China, but I don’t know if it’s any different from anywhere else. People are tired, we’re all tired, and in this sense the Chinese are no different.

It’s often said that China takes the long view. What do leaders in Beijing see, or want to see in the coming decades?

They want to be rich and strong and respected. They want to be the first among equals or at the very least on an equal status. They want their people to be prosperous. And the CCP believes it is the only one to deliver this. It’s true that not having to account to an electorate helps for long term planning, as does the ability to order people about. Not having to worry about elections means you can make long term plans that cause short term pain. But at times it seems like China is reacting to more immediate challenges, and Covid is emblematic of that. Two years in and they are still maintaining a strict, zero Covid policy as much of the world returns to something like normal. Their current Covid response is an example of thinking in the extreme short term, like playing a game of whack-a-mole. And you often see this in society. No one who does business in China can afford to think too long term. Things are too unpredictable. You have to take your profits as soon as you can. And that is how a lot of society operates. Things change very quickly in China and if you’re not clever about taking advantage in the short term you won’t get anything in the long term.

Jeremy Goldkorn will be among the speakers during an EMS media briefing on April 1, “Journalists in the Crosshairs.” You can view the briefing via FaceBook live: https://fb.me/e/1yrfRL17N

Charms and Challenges of Ethnic Communities Made Plain on Our Plates