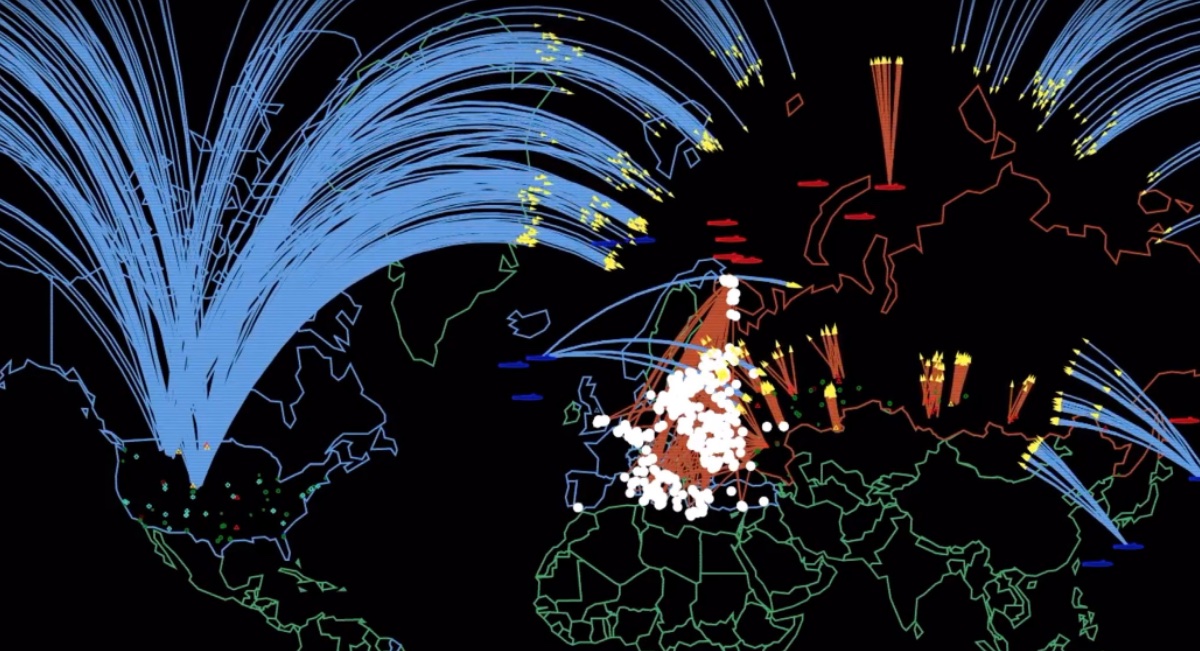 Both Russia and the United States have tactical nukes. Various war scenarios envision using them. That might ignite a global nuclear war that nobody would win.

Between them, the U.S. and Russia have more than 10,000 strategic long-range nuclear warheads. Neither country has ruled out using them—either in retaliation to a nuclear attack or to respond to non-nuclear threats.

During his campaign President Joe Biden said he would embrace a “no first use” nuclear policy but has since approved a National Defense Strategy that leaves open the option. Biden’s nuclear weapons policy is similar to the Obama administration and that has alarmed arms control advocates at home and abroad.

“The United States and Russia maintain their strategic forces on a ‘launch under attack’ posture, and U.S. presidents have all refused to rule out the potential use of nuclear weapons against non-nuclear threats,” wrote Daryl Kimball, Executive Director of the Arms Control Association (ACA) and publisher for the organization’s monthly journal, Arms Control Today.

In March 2022 Biden stopped a Trump plan to develop a new generaton of nuclear-armed sea-launched cruise missiles (SLCM). Four previous administrations, two Republican and two Democratic, had nixed the idea because there is no way to tell when a ship launches a cruise missile whether it is nuclear-armed or not. Cruise missiles can carry both a nonnuclear or conventional warhead. Last deployed on American warships in 1991, their existence is inherently destabilizing and would increase the possibility of nuclear war through miscalculation.

“In 2019, Biden called this weapon a “bad idea” and said there is no need for new nuclear weapons. He was right then and is right to cancel the system now,” Kimball wrote recently.

Still there is pressure in Congress to restore funding for nuclear SLCMs to increase the U.S. stockpile (320) to equal Russia’s—which has between 1,000-2,000. The idea of parity between U.S. and Russian nuclear weapons makes little sense when both sides already have way too many. “Neither side would need or want to use more than a handful of these highly destructive weapons,” Kimball said.

He said adding a new type of tactical nuclear weapon to the U.S. arsenal would not enhance deterrence but increase the risk of nuclear war; he said it would mimic irresponsible Russian nuclear signaling, as Putin has done in Ukraine; it would start another arms race because Russia and China would respond by building their own sea- or land-based nuclear cruise missile systems.

The 1987 INF Treaty required the United States and the Soviet Union to eliminate and permanently forswear all of their nuclear and conventional ground-launched ballistic and cruise missiles with ranges of 500 to 5,500 kilometers.

The INF Treaty forced the withdrawal from Europe of the Soviet SS-20 and U.S. Pershing II nuclear missiles in the late 1980s. It prevented an arms race from flooding the world with midrange nuclear missiles. In recent years, each side accused the other of cheating. China was not a signatory to the INF treaty or the Strategic Arms Reduction Treaty (START).

In August 2019, the U.S. formally withdrew from the Intermediate-Range Forces Treaty (INF). The Trump administration cited concerns over China’s missiles and Russia’s failure to eliminate its ground-launched 9M729 missiles.

START does not prevent adding tactical weapons to existing nuclear arsenals or developing new delivery systems like hypersonic missiles, which Russia has reportedly used in Ukraine. START has not stopped a tactical nuclear arms race between the U.S. and Russia.

Arms control talks aimed at reducing nuclear stockpiles and halting development of new weapons will not happen in the current climate. However, there is a framework for eliminating nuclear weapons altogether.

A total of 191 countries have joined the 1968 Nuclear Nonproliferation Treaty (NPT), including five nuclear-weapon states—China, France, Russia, United Kingdom, and the United States. India, Israel, and Pakistan never joined the NPT and are known to possess nuclear weapons. North Korea announced its withdrawal from NPT in 2003 and likely has 40-50 nuclear warheads.

Defense hawks argue that low-yield tactical nuclear weapons can be used to fight and win a regional nuclear war. But they cannot guarantee such a conflict would not quickly escalate and start a global nuclear war involving the thousands of long-range strategic nuclear weapons in the U.S. and Russian arsenals.

In the 1983 film “War Games” the super computer concludes that the only way to win is not to play. In the movie, Armageddon is avoided at the last minute.

A simulation of how the use of tactical nuclear weapons in a “limited” regional war would quickly trigger a nuclear winter with 90 million dead or injured in the first few hours is depicted in the video above.

Peter White writes for the Tennessee Tribune. He is based in Nashville, Tennesse.