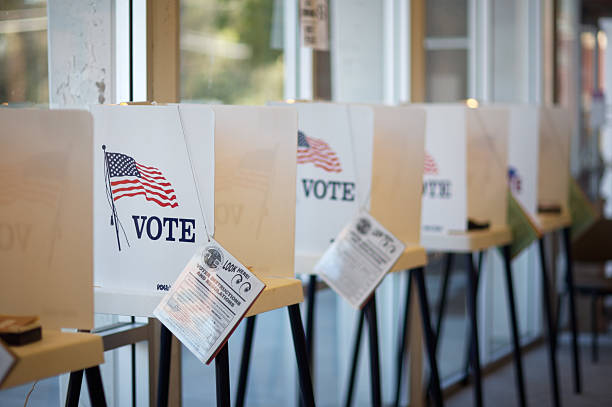 Over 2.5 million voters have already cast their ballots in Georgia’s runoff elections to determine control of the U.S. Senate.

Coalitions do not always fit as seamlessly as jigsaw puzzles to produce an agreed upon victor. They can emerge like shifting tectonic plates to disrupt the landscape of the status quo. African American and Latino Democrats, for example, collaborating within a party framework, still compete with each other for political patronage.

1992 was also the last presidential election in which Georgia voted blue, sending Arkansas Gov. Bill Clinton to the White House. With the state’s early voting over on December 31, America holds its collective political breath for the outcome of the January 5 election.

It will be unlikely to find an American who has not heard that control of the U.S. Senate is at stake. Assuming a purely partisan vote on a given issue, even one Republican victory in Georgia’s run-offs would provide the numerical superiority for Republican Senate majority leader, Mitch McConnell, to pursue his legislative agenda or to impede Biden’s.

Biden won Georgia by less than 13,000 votes, but the taste of what many analysts considered an improbable Democratic victory in the Peach State may have fueled the spike in the run-off’s early voter turnout. Over 2.5 million voters have already cast their ballots, and, as voting advocate and former state Rep. Stacey Abrams observed in a Newsweek interview, 65,000 of those, including many young voters, had not voted in the November election.

Warnock trounced Loeffler in November by 343,000 votes, though he did not achieve the 50 percent plateau to avert a run-off under Georgia’s rules. Those rules, as Rep. Jim Clyburn of South Carolina has pointed out, stem from the legacy of Georgia’s history of concerted suppression of the African American vote. A run-off affords a numerically dominant voting bloc, which may have initially split its vote among other candidates, to now reconsolidate, aggregating its vote behind a unifying candidate — in this case, Loeffler — to deny a victory to a challenger from another ethnic group.

Jon Ossoff, the other Democratic Senate candidate, has the tougher challenge in vying to unseat a seasoned incumbent, Republican Sen. David Perdue. However, as political analyst Larry Sabato notes, it is rare in recent U.S. history that voters split their Senate choices between two parties. Thus, if Warnock does well, his supporters will likely check their ballots for Ossoff also.

It is known that the demographics of Georgia are changing. There has been an inflow of African Americans returning to the South and a growing Latino and Asian American presence as well. But, as pollster Henry Fernandez, CEO of Fernandez Advisors, explained, it’s not numbers alone that have put Georgia and its Senate seats in play.

Fernandez acknowledges former state Rep. Stacey Abrams, who, after losing a close gubernatorial election to Gov. Brian Kemp in 2019, founded Fair Fight Action. The organization has become a catalyst for voter education and, as Fernandez observed, has built on the legacy work of others, including Pro-Georgia. Under Pro-Georgia’s coalition umbrella, The Advancement Project, Asian Americans Advancing Justice, Mia Familia Vota Education Fund, Rock the Vote, the Hip Hop Caucus, to name a few, have sought to increase civic participation and challenge Georgia’s well documented history of voter suppression.

Even now, Georgia’s Secretary of State’s office is being sued for a voting purge primarily targeting African American and Latino voters and, in the midst of this election, selectively closed a number of early voting sites in African American communities.

Yet, as Fernandez’s polling research has documented, there is a commonality of concerns among Georgia’s ethnic communities that is increasingly finding expression at the ballot box. In an election eve poll for November’s election, Fernandez and his colleagues found that African Americans, Latinos, and Asian Americans shared a collective disdain for the Trump administration’s handling of the coronavirus pandemic, deplored its separation of children from parents as an egregious aspect of its immigration policy, and looked askance at what they considered the encouragement of overt racism.

As for the friction that occurs among competing ethnic group interests and agendas, “there’s always some of that,” Fernandez concedes, adding that ethnic communities still have much work to do in Georgia and across the South before reaching their full civic potential.