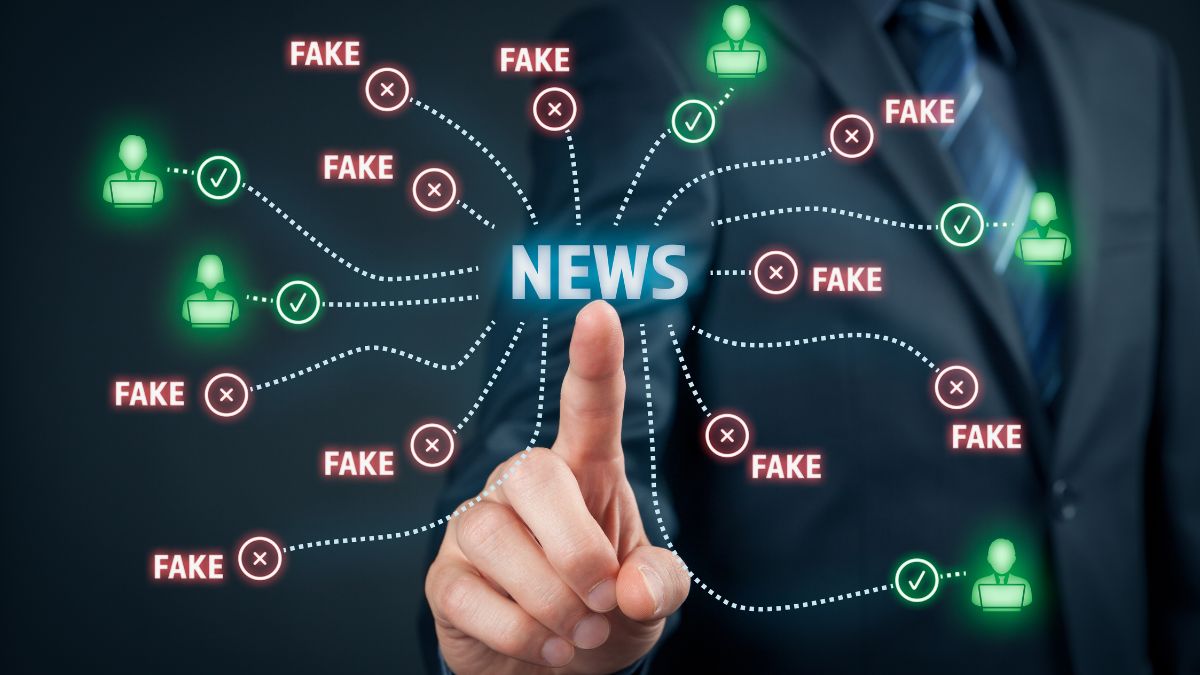 Democracy, like nature, abhors a vacuum. The relative absence of accurate information for immigrant communities with limited English proficiency has opened the door to a flood of misinformation and lies, undermining key democratic norms.

A new tool now takes direct aim at misinformation within the Chinese speaking community, where its ongoing proliferation has already shaped outcomes in some high-profile elections.

“The problem of misinformation generally has gotten broader attention,” said Vincent Pan, co-executive director of Chinese for Affirmative Action, but there has been little effort to “address how this challenge is unique and especially difficult in non-English situations.”

Pan spoke during a September 28 press conference on the release of a new report, Fake News, Real Consequences: The Growing Threat of Chinese Language Disinformation. The report provides an important snapshot of right-wing driven disinformation campaigns operating across a range of social media platforms.

Data for the report comes from a new fact-checking website, Piyaoba, which in Mandarin translates as “Let’s Fact Check This.” The site was launched earlier this year by CAA and to date has already managed to track some 138 accounts and more than 300 articles linked to disinformation campaigns specifically designed to play on community fears.

Most of the accounts appear to be connected to individuals, though the report also notes that conservative Chinese language media companies — including one tied to former Trump advisor Steve Bannon — are also linked to the disinformation campaigns.

A majority (54%) of the accounts and articles appear on the social media channel WeChat, the preferred platform for most Chinese immigrants, followed by Twitter and YouTube. Biden and the democrats, as well as public safety issues were the top two themes reflected in the content.

“We saw a lot of this disinformation narrative around issues of crime, homelessness and drugs… during the recall of San Francisco District Attorney Chesa Boudin,” explained Jinxia Niu, program manager for CAA’s Chinese Digital Engagement project. “Some say Democrats are to blame for the rise in anti-Asian hate crimes.”

Other headlines warn of rising criminality in more progressive states with tighter gun laws, that newly arrived immigrants are to blame for the recent shortage of baby formula, or that as part of Critical Race Theory public schools have begun injecting information about prostitution and sexual abuse in math curriculums.

Niu says there was a notable spike in content following the FBI’s raid on Donald Trump’s Florida residence. “Trump continues to hold significant influence within the Chinese American community,” noted Niu, adding the overarching narrative was that the search at Mar a Lago was “meant to aid the Democrats.”

According to Niu, more conservative leaning Chinese Americans have taken to calling Trump “chuan bao,” which literally means Trump baby and is a term of endearment often reserved for major celebrities in China. In Mainland China Trump fans have coined the nickname “chuan jianguo,” or Trump the nation builder. Niu says the name is meant to be satirical. “By making the US a mess he is helping China.”

Piyaoba is supported by 3 full time staff and 15 columnists, including former journalists, fact checkers and data analysts who not only track and identify suspect content but also produce content as a means of countering the flood of misleading information targeting Chinese Americans.

Pan says his organization has heard from a number of second-generation Chinese Americans whose older, non-English speaking relatives have fallen prey to what he calls the “steady stream of fake news.” For this younger generation, Piyaoba serves as a “tool” for getting accurate information to “folks susceptible to these narratives.”

Asian Americans are the fastest growing electorate in the US with Chinese Americans making up the largest percentage within this group. The 2020 presidential elections saw record turnout among Asian Americans, with similar turnout anticipated in 2024.

For Pan, this effort is as much about tackling misinformation targeting Chinese Americans as it is about ensuring they have “equal access to information that impacts their lives.”

“This report provides such insight into what the disinformation landscape looks like for Chinese Americans,” said Chen, who warned such narratives sought to pit communities against one another “at a time when we need to come together.”

Chen also faulted Democrats for not doing enough to engage with communities where English is not widely spoken. “Fifty two percent of Chinese American voters say no one from a political party has reached out to them,” she noted, citing data from APIAVote’s annual survey of Asian American and Pacific Islander voters. “Local leaders need to be more available.”

Peng echoed that theme, saying conservatives are “more organized than the left” when it comes to setting the tone within the Chinese community. “Given how limited their access to information is,” she said, speaking through an interpreter, “it is easy to manipulate emotions.”

Content on WeChat will routinely exaggerate the degree of danger confronting Chinese Americans, creating a sense of panic before offering up what are often extreme right-wing policy prescriptions, explained Peng.

“When you raise fears, then offer a solution, everyone thinks well of that person even if they might be telling lies,” Peng continued, adding, “the left needs to work harder and invest more resources in fighting this disinformation war.”