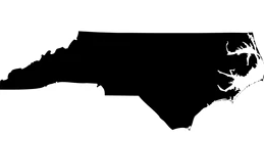 In the once-every-decade reapportionment process, in which seats in the U.S. House of Representatives are divided among the states so that each member represents the same number of people, that almost 10% growth in the past decade earned North Carolina a 14th seat in the next Congress, which will be voted on next year.

Those 14 seats in the House of Representatives, along with the U.S. Senate seat of retiring three-term Sen. Richard Burr, are all up for grabs in the elections of Nov. 8, 2022. At present, the state’s Congressional delegation is divided 8-5 between Republicans and Democrats.

Since the 2011 redistricting, North Carolina’s 13 congressional districts each represent almost 735,829 people. With its 9.48% growth documented in the new 2020 Census data, those districts, which now number 14, will be redrawn to each include about 745,500 people.

Similarly, new boundaries will also have to be drawn to evenly divide the population into 50 state Senate districts (currently 190,710 people each), 120 state House districts (79,462 each), and so on down the line to locally elected offices such as school boards.

In North Carolina, redistricting falls under the purview of the North Carolina General Assembly (the state legislature). The Republican Party is in the majority in both the Senate (28-22) and the House (69-51). Democratic Party governor Roy Cooper, in office since 2016, does NOT have veto power over redistricting maps the legislature develops with ever new decennial census.

North Carolina is one of the 12 so-called “divided” governments among the 50 states, where neither party has “trifecta” control of both houses of the state legislature and the governor’s office.

Currently, the General Assembly has 29 women among its 120 members; among the 50 senators are 16 women. Of those 97 GOP senators and assembly members, none are African American.

Those new Republican majorities in the 2010s ran afoul of the law when it came to redistricting. In 2017, the U.S. Supreme Court upheld by a 5-3 margin in Cooper v. Harris that North Carolina’s Congressional districts 1 and 12 violated the U.S. Constitution because they’d been drawn to be primarily Black and then made more so following the 2010 Census. In so doing, the state’s congressional delegation flipped from being 7-6 Democrat to 9-4 GOP.

The District 12 seat is currently held by Alma Adams, who won with 88.1% of the vote.

The state’s subsequent maps, also, wound up in front of the Supreme Court, in Rucho v. Common Cause, when the new Districts 1 and 12 maps were challenged on the basis of being drawn along partisan lines instead of racial lines, although in both cases, the populace of those districts leaned heavily Democratic.

In this case, which had been combined with others from Wisconsin and Maryland, the Supreme Court found that districts drawn based on presumptions of residents’ political leanings, rather than race or ethnic identities, were now beyond the court’s reach. The decision allowed GOP-leaning districts in North Carolina and Democratic-leaning ones in Maryland to stand.

Although, as was the case across much of the U.S., most of the population growth of the past 10 years in North Carolina has been among people of color, North Carolina remains very much a white-majority state, at 60.46%, down from 65.27% 10 years ago. That decline has been concentrated in rural areas; in urban areas in the center of the state, the white population is increasing.

African Americans constitute the largest minority group, at 20.19%, down from 21.18% in 2010. The population changes mirror those of the state in general, decreases in rural areas and growth in central, urbanized ones.

Hispanic population grew from 8.39% in 2010 to 10.72% last year, a 39.8% jump, and the Asian American population jumped 64.61%, from 2.17% of the state’s overall population to 3.26%, particularly in the southern regions of Rockingham and Monroe. North Carolina has the country’s sixth-largest American Indian population, currently 1.6% in the state.