Public Notice, A Potential Gold Mine 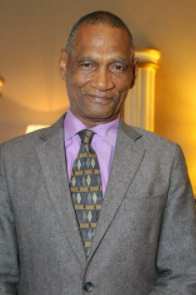 “You’re sitting on a gold mine but you don’t know it,” said Wallace Allen, publisher of the African American newspaper Westside Story News, speaking to an EMS workshop for half a dozen ethnic media leaders representing Arabic, Chinese, Vietnamese, Korean, South Asian, and Filipino communities in California.

Allen added, “And getting your media adjudicated is the first step to dig it up”.

The potential gold mine Allen refers to is public notice. It’s a one time investment and when done right, it can be a recurrent revenue stream indefinitely.

Ethnic news outlets, like many other sectors, have been scrambling to find business opportunities to sustain themselves through the pandemic’s economic fallout and beyond. Public notice is a hidden gem as the state requires local governments and businesses to place legal announcements in adjudicated newspapers to publicize government meetings and information and businesses’ intended activities, licenses, and fictitious names.

According to Allen, public notices represent a significant and steady revenue stream for his newspaper ever since its adjudication certification in San Bernardino County more than 30 years ago.

To become adjudicated requires an investment of money and time as a publication must petition its application to a local county court. While many publishers often resort to hiring a lawyer to handle the adjudication process, Allen prepared all application documents and appeared in court himself.

“I admit the process was intimidating when I first went through it,” said Allen. But he read and prepared his documents exactly as stated in the code’s guidelines. On the day of Allen’s court appearance, there was a challenge to his application. In the end, the judge was satisfied with Allen’s documents and responses and awarded Westside Story News the adjudication certification.

“If I could do it, so can you,” said Allen to his fellow ethnic media representatives.