GOP Election Radicals Get Their Day in Court 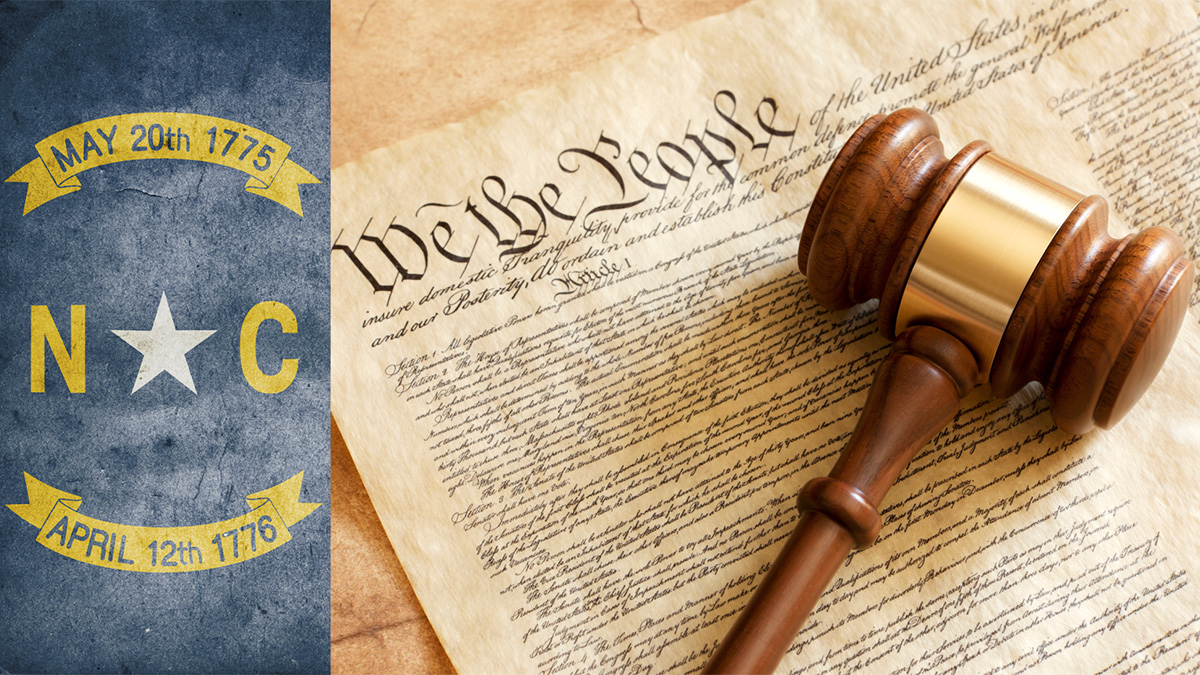 On Dec. 7, the U.S. Supreme Court will hear the case a leading conservative federal judge, now retired, has called “the single most important case for American democracy in the nation’s history.”

The case, Moore v. Harper, was brought by Republican legislators from North Carolina alleging that the so-called “Elections Clause” of the U.S. Constitution bars anyone but state legislatures from deciding how to run an election.

Should they convince the court of the merits of their independent state legislature theory, politicians of either party could conduct elections however they chose, free of concern that a court or a governor could interfere.

So, for instance, the North Carolina Supreme Court’s 2013 finding that new legislative maps drawn after the 2010 Census were “the most restrictive voting laws North Carolina has seen since the era of Jim Crow” and “targeted African American voters with almost surgical precision” would be toothless.

And similarly free from potential review would be the raft of new laws in states across the country that affect the numbers and locations of polling places, their hours of operation, the freedom of voters to cast ballots by mail or absentee, how those votes are counted, how elections are reviewed, how people are registered to vote or purged from registration rolls, what behavior is allowed or forbidden at polling places and more.

“There’s been a lot of discussion about this being a ‘monster case’ with almost untold consequences in every aspect of voting rights and election administration,” Allison Riggs, one of the lawyers who will be arguing the case in Washington next week, said at a press briefing Nov. 29.

She’s been before the Supreme Court before, in a Texas redistricting case in 2018 and another North Carolina case in 2019.

“But I want to emphasize the racial justice aspect of this particular case. It’s not a North Carolina-only phenomenon. Across the country and particularly in the South, there are significant racial impacts to partisan gerrymandering. The ‘Southern strategy‘ is alive and well.”

“When Republicans took control of the North Carolina state legislature in 2011, they drew districts that packed as many black voters into as few districts as possible, thus limiting their political power.”

And when courts ruled against using those district maps, she said, “North Carolina legislative leaders said, ‘OK, well, if we can’t racially gerrymander, then we’ll partisan gerrymander’ to achieve the same outcome, which is limiting Black political participation, limiting black power and assuring a partisan outcome.”

“We see lots and lots of convenient explanations for discriminatory and disempowering redistricting plans,” she said, but “partisan gerrymandering, in my experience, has been used as a tool to disenfranchise voters of color.”

The immediate issue in Moore v. Harper is the North Carolina legislature’s effort to prevail over court rulings that have found the gerrymandered political districts the legislature passed — and that North Carolina law bars the governor from vetoing — deny voters’ the ability to participate in free and fair elections.

Joining Riggs at the briefing was Tyler Daye, who worked for the North Carolina chapter of Common Cause, one of the respondents in the case, to boost public participation in last year’s redistricting process.

He described how the North Carolina General Assembly – the state senate and house – conducted its public business out of public view, destroyed records of its work and ignored what public input it did allow as to what would truly be representative maps.

But “this case is really about power, and the power among our branches of government,” Daye said.

The plaintiffs’ argument for an “independent state legislature theory” of election law, Daye said, “goes beyond just redistricting. And that is what’s so concerning.”

“Obviously, state legislatures are controlled by different parties throughout the states. No matter which party you like, we don’t want one party to have that type of unfettered power.”

“The Times, Places and Manner of holding Elections for Senators and Representatives, shall be prescribed in each State by the Legislature thereof; but the Congress may at any time by Law make or alter such Regulations, except as to the Places of chusing Senators.”

And in 1912, to name one example, Congress did, in fact, make a significant change to election law, passing the 17th amendment to the Constitution, which changed how U.S. Senators are chosen, from being appointed by state legislatures to instead being voted for in statewide elections.

And more generally, that authority reserved for state legislatures has been understood from Alexander Hamilton’s Federalist Papers (“the Elections Clause … is expressly restricted to the regulation of the times, the places, and the manner of elections”) to recent years, to be much more limited than what is being asserted now in Moore v. Harper.

Dictionaries of Hamilton’s era defined “Legislature” not as a state’s specific senate or house of representatives, but rather as a description of whoever had the authority to pass laws in that state.

That understanding still held more than 200 years later when, in the 2015 “AIRC” case, the Supreme Court affirmed Arizona voters’ power to create via initiative an independent redistricting commission that the state legislature then unsuccessfully challenged.

And in 1995’s “Thornton” case, concerning term limits, the Court ruled that “he Framers understood the Elections Clause as a grant of authority to issue procedural regulations, and not as a source of power to dictate electoral outcomes, to favor or disfavor a class of candidates, or to evade important constitutional restraints.”

Even if Common Cause and its fellow travelers turn back what Riggs referred to as the plaintiffs’ “radical and fringe” independent state legislature theory, there’s still plenty of work to do in safeguarding voting rights nationwide, she noted.

Because until there are national voting rights standards, each state remains a separate battleground.

Riggs will be advocating on behalf of Common Cause and other respondents, including Rebecca Harper, who initially challenged North Carolina’s legislative maps in 2021. Timothy Moore is speaker of North Carolina’s House of Representatives.