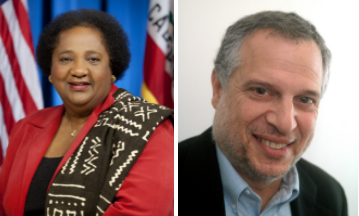 California voters have less than two weeks to decide if Gov. Gavin Newsom should be kicked out of office and, if so, which of 46 candidates would be better suited for the job.

For those who vote in the Sept. 14 election, the process is relatively simple. The ballot has only two questions. Those questions, although both related to the recall, are independent of each other.

In the first question, you can vote for or against the recall. You could ignore the second question, which offers you a choice between 46 potential next governors, if that first question gets a majority “yes” vote.

Similarly, you can sidestep that first question of whether you want to fire Gov. Newsom, and in response to the second question simply state your preference from among the 46 candidates to replace him, again, if the vote to recall succeeds.

Voting is already under way.

On Aug. 30, California Black Media and Ethnic Media services hosted a press briefing to address any confusion over how the recall election process works.

Raphe Sonenshein, Executive Director of the Pat Brown Institute for Public Affairs at Cal State Los Angeles, provided a history of the recall process by which elected officials in California can be removed, and California Secretary of State Shirley Nash Weber, the state’s top elections official, answered questions about how this election is being conducted.

In hopes of making things as clear as she could, Sonenshein emphasized that a “no” vote for the recall would be a vote in support of Newsom, whereas a “yes” vote would be to end his time as governor.

With the recent mailing out of absentee/mail-in ballots to registered voters statewide, he said, it’s “a two-week election.”

“The real ballgame,” Sonenshein said, “is in that first question. That’s the history maker.”

Voter turnout is expected to be a decisive factor in the election. This is what is known in political circles as an “off year,” in which neither Congressional, Senate nor presidential elections are on the ballot. Typically, off-year elections attract much less interest and many fewer voters.

“This is a meat and potatoes election,” Sonenshein said. “You know what this is about? Who sent their ballot in!”

So far, he said, “early voting is coming in at very high levels,” particularly among older voters, as is generally the case.

Voters age 65 or older had already cast ballots at a 35% rate, he said, and the percentage is even higher among those age 71 and up. But “there’s a lot of work to be done,” he said. Voters age 18-34, he said, have so far been responding at a very low level.

Although ballots don’t precisely indicate the race or ethnicities of those who cast them, in estimates of voting so far, Sonenshein said, “White voters are overrepresented and Latino voters underrepresented.”

She discussed how there will be cameras monitoring the tabulation process, wherein a machine separates the ballots from envelopes, and what to do if your ballot is lost or spoiled (contact local registrar of voters).

And you can track the progress of your vote once you’ve cast it at her office’s website.

“This is such an important election,” she said. “Whatever you do,” she said, “be sure you vote for number one” (the first question, about whether or not to recall the governor), “because that really starts whether there’s going to be a recall or not.”

The state will tally up the votes for the replacement governor, she said, even if the recall vote is defeated: “We’ll count the votes, but it’s immaterial.”

The recall process was first devised in Los Angeles County in the late 1800s, Sonenshein said. It proved popular in local districts across the state, along with the initiative process to create new legislation and the referendum process to eliminate them. In 1911, California made all three processes available statewide.

In the 110 years since then, Sonenshein said, there have been 179 attempted recalls of state officials, but only 11 of them got enough petition signatures to qualify for the ballot.

One of the unique things about this “critically, urgently  important” 2021 recall election, Sonenshein said, is that a court last year gave recall petition signature-gatherers an extra four months to get the recall qualified to be on the ballot, in light of COVID-19 pandemic-related difficulties in gathering signatures.

An inexplicable oddity of California’s original 1911 recall legislation, Sonenshein said, is that the election for someone to replace someone being subjected to the recall is conducted simultaneously, and “it is incredibly easy to become a candidate.”

But for elected officials facing a recall, he said, “it’s terrifying!”