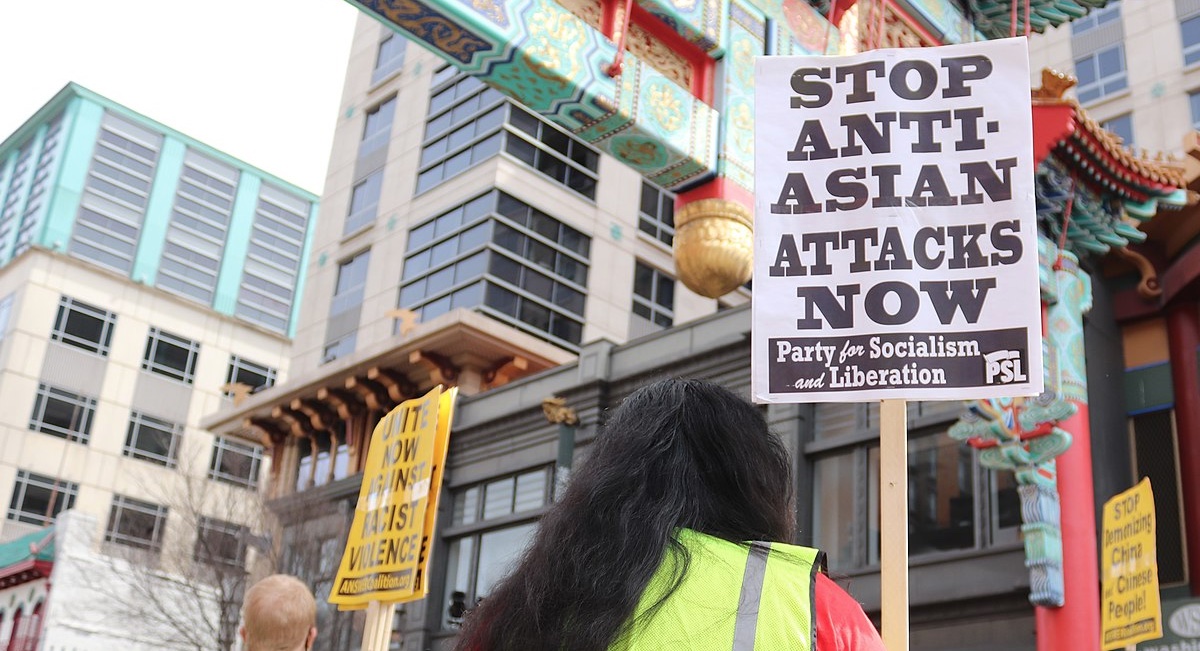 Forty years ago, on the eve of his wedding, a young Chinese American named Vincent Chin was fatally beaten with a baseball bat on the streets of Detroit by two white men shouting anti-Asian slurs. The miscarriage of justice that followed – neither assailant served a day in jail for the crime – marked the birth of the modern day Asian American civil rights movement.

What made Chin’s killing even more egregious, said Helen Zia, author and veteran activist for AAPI and LGBTQ communities who worked in Detroit at the time of Chin’s murder, was that “there was no question in anybody’s minds, had the killers been black or Asian, had they not been white, they would have gone to prison for a very long time. So the sense of injustice was great.”

Zia spoke at an Ethnic Media Services briefing on May 27th to highlight plans for a special 40th anniversary commemoration of Chin’s death in Detroit (June 16-19) and efforts to build stronger cross-racial solidarity to confront today’s surge in racist violence.

Noting the parallels between 1982 and 2022, Zia recalled that Chin’s murder occurred amidst mounting public fears that manufacturing jobs were relocating to Asia even as inflation, fueled by an oil crisis, had already hit 20%. Meanwhile the Reagan administration was dismantling social safety programs such as unemployment benefits, food stamps, and mental health services – policies whose impacts are still being felt today.

“There were people in the C-suites, the heads of the auto industries, people in the halls of Congress saying we are at war because Japan makes fuel efficient cars,” said Zia, ignoring the fact that German cars were even more fuel efficient. “It was a scapegoat to blame some external force for the difficulties that were happening internally in America.”

That has happened repeatedly in American history, Zia noted, pointing to the Chinese Exclusion Act of 1882 that banned Chinese laborers from immigrating to the U.S., and the Trump administration’s national security program that focused counterintelligence resources on fighting “Chinese espionage.”

Then, as now, Asian Americans came together with Black Americans, Arab Americans, and people from all walks of life, social classes, and faiths to denounce racist violence, Zia said, despite concentrated efforts to keep people divided, including misinformation implying that much of the rise in anti-Asian hate crimes are committed by Blacks.

Zia noted that the majority of assailants against Asians are white and that Black leaders – from Jesse Jackson to Stacey Abrams to Kareem Abdul-Jabbar – have denounced Asian violence, even as Asians have mobilized to support the Black Lives Matter protests in the wake of George’s Floyd murder.

“A study done by the University of Michigan that came out in the summer of 2021 shows that 75% of the attackers of Asian Americans are white,” said John C. Yang, president and CEO, Asian Americans Advancing Justice (AAJC).

“This hate is based on the ‘replacement theory’ in which extremists argue that all of our communities of color are seeking to replace white Christian males with guns,” Yang noted. “There’s a great deal of despair, but we’ll do all we can to help dismantle it.”

Yang spoke of the strong support he personally received from Black, Latino and Native American civil rights leaders following incidents such as the mass shooting of Asian beauticians in Atlanta last year.  “There is an allyship I found among my communities of color,” he added.

Lisa Cylar Barrett, director of Policy at the NAACP Legal Defense Fund, singled out “a running narrative” that holds that if one group gets ahead automatically, another group is left out or falls behind. The narrative is perpetuated by “a white power structure that seeks to maintain control and is fearful of the growing communities of color in this country.”

“We’ve had folks in political offices and media stations, corporate representatives creating an environment where misinformation and disinformation has become normalized,” Barrett said. “And we have to do more to push back against that narrative with stories that really help folks see the humanity in one another.”

Michael German, a fellow with the Brennan Center for Justice’s Liberty & National Security Program who formerly investigated white supremacists for the FBI, argues that until there is more accurate official data on hate crimes, “people won’t understand that white racism is much more common in our society, that it in many ways is foundational in our society.”

Despite passage of the Hate Crime Statistics Act in 1990, requiring the Department of Justice to collect “accurate data,” the DOJ’s policy has been to defer the investigation of hate crimes to state and local law enforcement, though only about 15% of police departments acknowledge such crimes occur within their jurisdiction, German pointed out.

While the Bureau of Justice’s National Crime Victimization Survey reports an average of 230,000 violent hate crimes a year, the DOJ prosecutes just 25 defendants a year.

“There were always racist dog whistles that politicians would use to try to get votes,” German said. “But what’s occurring now is that they are actually openly supporting these causes, appearing at campaign events with members of right-wing militant groups.”

Speakers noted that the Biden-Harris administration has issued a directive to federal agencies to look at how they can “make racial equity real.” The Justice Department, meanwhile, is expected to release several new initiatives in the coming week aimed at addressing the recent rise in hate crimes that are mostly targeting Black and AAPI communities.

These efforts need to permeate down to other elected officials in legislatures and school boards, and to the community, the speakers agreed.

Zia also pointed to states like Illinois and New Jersey that passed bills to create curriculums for K-12 that acknowledge the real history of Asian Americans. At least nine other states are discussing similar initiatives.

Vincent Chin’s legacy will be honored through a series of live streaming events at Vincentchin.org. The site includes a guide translated into several Asian languages that tell the stories of cross-racial solidarity and understanding among communities and the history of civil rights in America.

Alongside other Asian-American organizations, AAJC is leading the “Unity March” on June 25, a multicultural event where Black, Indigenous, Latinx, Pacific Islander, LGBTQ+, Muslim, Sikh Arab and Jewish people will come together in Washington D.C. to demand cultural equity and racial justice.

When they Get to Vote, Native Americans Swing Elections