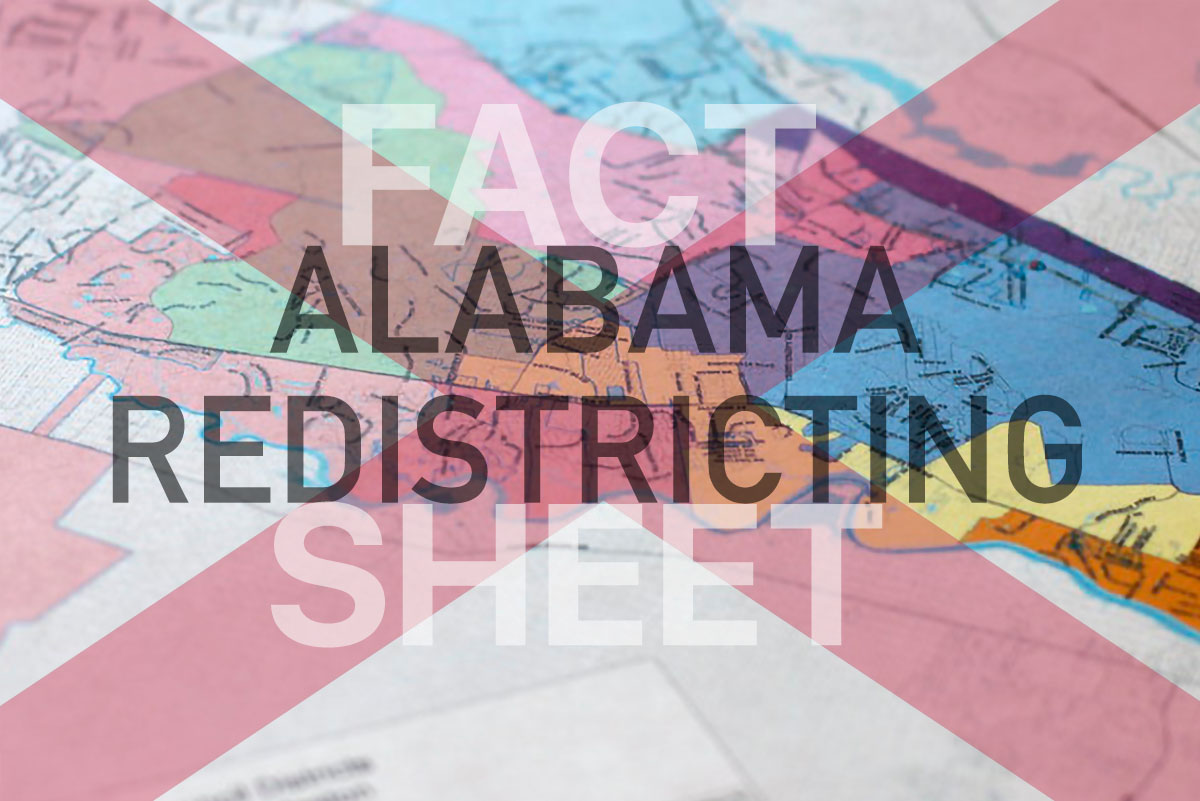 2020 Census figures show that Alabama’s population has grown by 6.3% since 2010, to 5,024,279. That change is not enough to gain or cost Alabama a seat in Congress, where the state’s contingent will remain at seven.

Those seven seats in the House of Representatives, along with that of incumbent Republicans Senator Richard Shelby and Governor Kay Ivey, are all on the ballot in 2022.

Since the 2011 redistricting, Alabama’s seven congressional districts each represent almost 700,000 people. With its 6.3% growth documented in the new 2020 Census data, those districts now will be redrawn to each include 717,750 people.

Similarly, new boundaries will have to be drawn to evenly divide the population into 35 state senate districts (currently 136,564 people each), 105 state assembly districts (45,521 each), and so on down the line to locally elected offices such as school boards.

Although, as was the case across much of the U.S., most of the population growth of the past 10 years in Alabama has been among people of color, Alabama remains very much a white-majority state, at 69.1%. African Americans constitute the largest minority group, at 26.8%, Hispanics are at 4.6%, Asians at 1.5% and Indians at .7%.

Alabama is one of 23 states in the U.S. where the Republican Party controls a “trifecta” of both houses of the state legislature and the governor’s office.

The legislature controls the redistricting process. Its Permanent Committee on Reapportionment – comprising six Democrats and 15 Republicans — is holding a series of hearings across the state between Sept. 1 and 15, sometimes five per day, as it prepares to redraw the political districts. Gov. Ivey has veto power over the maps it produces.

New political districts drawn in the 1980s were found to be in violation of the 1965 Voting Rights Act, but in 2013, the Supreme Court’s controversial, 5-4 decision in Shelby County v Holder vacated the VRA’s “preclearance” requirement that states with historically discriminatory voting policies must get Justice Department approval before enacting any changes to their election rules.

Take, for example, Alabama’s 7th Congressional District, the only one in the state represented by a Democrat, Terri Sewell, first elected in 2010. It spans the state’s so-called “black belt” and includes sections of Montgomery, Birmingham and Tuscaloosa.

The 7th district overwhelmingly votes Democrat – by more than 70% in the past three presidential elections.

But Sewell is the only Democrat Alabama has sent to Congress in the past decade, one of the first women and the very first Black woman to represent Alabama in Congress.

Of Tuscaloosa County’s 54 voting precincts, 16 voted majority Democratic in 2018. Of those, 15 were entirely in the 7th district, and the 16th was partially so.

Sewell got 185,010 votes, 27,540 from Tuscaloosa County. In neighboring District 4, the losing candidate, Lee Auman, got 5,456 votes from the county – albeit in a district deemed the most GOP-leaning in the entire country.

Nonetheless, according to the League of Women Voters, 43% of Alabama voters supported a Democrat running for one of those seven Congressional seats in 2018:

“In 2018, 43% (about 3 in 7) of Alabamians voted to have a Democratic representative in Congress. A little less than 4 in 7 (55%) voted for a Republican Congressperson. From this perspective, Alabama doesn’t seem as partisan (or dominated by one party) as we are often led to believe. If we just think about the numbers in terms of voter preferences, if we have 7 Congressional districts, then 3 of them should have sent a Democrat to Congress, and 4 of them should have sent a Republican. But what do we actually have? Only 1 in 7 (14%) was won by a Democrat.”

The Border Wager: Near Shoring Puts Ciudad Juárez at Center of Global Economy