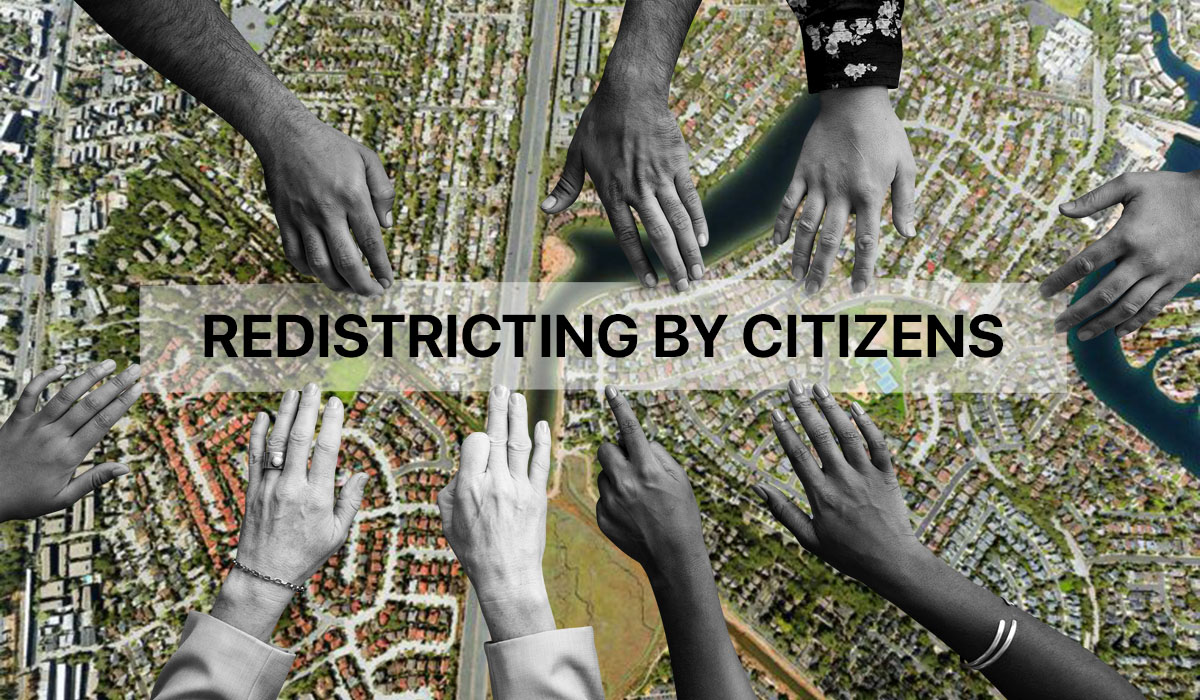 Two members of California’s Citizens Redistricting Commission joined a press briefing hosted by Ethnic Media Services on Oct. 11 to discuss the process of drawing new political boundaries for the next decade.

Sara Sadhwani, chair of the commission, and colleague Linda Akutagawa joined Paul Mitchell, a national expert on redistricting and demographics, to discuss the process in California​.

California is a pioneer in efforts to end the traditional political “gerrymandering” that for centuries has enabled incumbent politicians to choose their voters via the redistricting process.

Typically, this was done by making districts less competitive, either by “packing” voters expected to vote a certain way together so their views aren’t reflected in neighboring districts, or “cracking” communities into several larger districts where their voices will be drowned out.

By passing 2008’s Prop. 11 and 2010’s Prop. 20, California voters have tried to de-politicize the redistricting process by taking it out of the purview of state legislators and establishing a nonpartisan redistricting commission. (Prop. 11 only covered the state legislature, Prop. 20 added Congressional districts.)

Both Sadhwani and Akutagawa said they applied to the commission in part to help ensure it would be representative of California’s diversity.

“This would give our community, in this particular case, the Asian American community a voice on the commission,” Akutagawa said.

Following California’s example, another eight states now have redistricting commissions, although debates continue on how to best make them truly non-partisan, for instance, in the process of selecting the commissioners.

“It’s a pretty esoteric idea,” said Sara Sadhwani, chair of the redistricting commission, a mother of three and a professor of political science at Pomona College.

“It’s not something moms sit around talking about on a regular basis, or at the water cooler or over coffee.”

California, like every other state in the country, is redrawing voting districts based on changes in population in the past decade, as seen in new data from the 2020 Census.

California​ has growing Latino and Asian communities​, noted Paul Mitchell, who runs Redistricting Partners. The Asian community, he said, has not become as widely dispersed as the Latino/Hispanic community has across the state, tending to instead add population to already established communities. ​Meanwhile Black populations in California​ are tending to disperse throughout the state.

But racial characteristics aren’t the whole ballgame​, Mitchell noted. Voting districts still have to be “compact, contiguous and makes sense,” and also consider “communities of interest” that share, for example, language, culture, schools, commonalities in the amenities and services its people use, or characteristics such as being renters, or being homeowners.

“The idea,” Mitchell said, “is to draw them into districts where they can affect the outcome of an election or they can have better representative or voting power.”

The panel is continuing to hold meetings and hearings, in person and online, to gather community input. Information on these, currently scheduled through Dec. 22, is available at wedrawthelines.ca.gov/hearings/. Final maps have to be submitted to the secretary of state by Dec. 27.

“We’re really in a phase of assessing to what extent can we be responsive to the communities of interest testimony that we received while at the same time upholding our obligations to historically excluded communities under the Voting Rights Act,” Sadhwani said.

California also has a Fair Maps Act that applies to local government redistricting, adding transparency and rules against partisanship or emphasizing incumbent interests.

But, Mitchell said, “just because we’ve changed these laws doesn’t mean we’ve eliminated some of the gerrymandering we might see in local redistricting.”

Mitchell demonstrated proposed maps in Riverside and Orange counties where minority blocks had been “cracked” to where there were no “majority minority” districts, despite those counties’ demographics, thereby diluting their representation.

Redistricting follows close on the heels of the reapportionment process that divides the 435 seats in Congress among the 50 states to ensure that those officials all represent the same number of people – now, about 760,066 each.

The 2020 Census found that California has not been growing as fast as other parts of the country since 2010, so it will lose one of its 53 seats in the U.S. House of Representatives. Texas, by contrast, will gain three.

So California has to draw new boundaries to divide the state into 52 congressional districts instead of 53.

It also has to establish 80 political districts for the 80 state assembly seats, 40 for the state senate, and four for the State Board of Equalization.

​”What does it take to have elected officials actually be responsive to the communities they serve? We know communities on the ground have real needs. Those needs and concerns really mean a lot to me,” Sadhwani said.

“We are truly a citizens’ commission. The majority of us are not political individuals. That is truly what we have brought to this commission,” Akutagawa said.