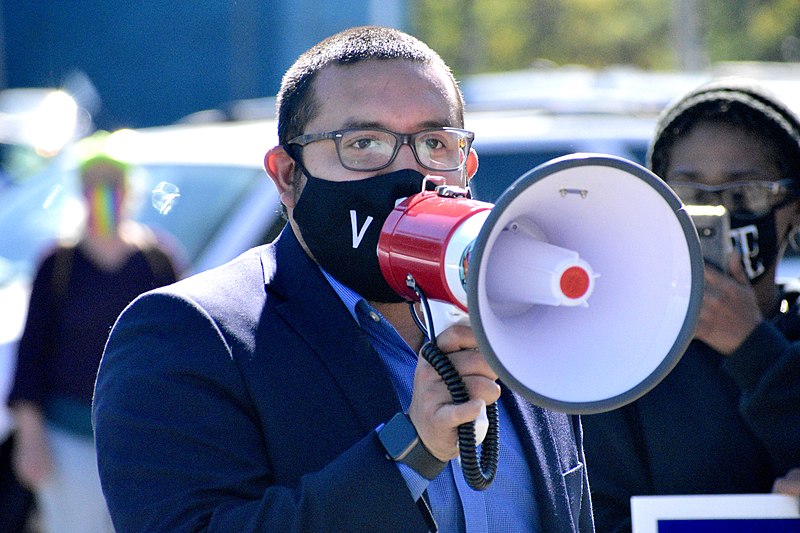 Too often in the United States, the government “of, by, and for the people” seems to ignore certain communities. That the political “inside game” called redistricting is little understood, voting advocates say, is a big part of the problem.

In response, advocates, elected officials, and lawyers are grappling with how to make redistricting a rallying cry for community-based organizations.

He was speaking at a recent panel discussion, “Drawing the Line: How Redistricting Impacts Latino Communities in North Carolina,” hosted by the Brennan Center for Justice at NYU Law and the Hispanic Federation.

“It’s supposed to be a practice and exercise of democracy and representation, everything that is great about American government,” Hurtado continued.

“When you start to look at the process more closely,” however, it becomes apparent that “the checks and balances that we have in other parts of our government” are insufficient. Politicians inevitably abuse redistricting to stay in power.

“I’ve always been a big proponent of independent redistricting and getting this process away from state legislators that have so much to gain and a lot to lose,” Hurtado said, reflecting a growing impulse across the country, pioneered in California, to create “Independent Redistricting Commissions” that make it harder to “game” the system.

Even though the state’s population is now 11% Latino, Hurtado is the only Latino in North Carolina’s 120-member state assembly.

Without a series of court battles over its redistricting process, he might never have been elected and the state might still not have any Latino representatives, Hurtado said.

Keeping redistricting at the forefront of community concerns is a challenge, advocates agreed.

Redistricting “is so complex; people don’t understand what it is, how it impacts us,” said Iliana Santillan, of El Pueblo, a Raleigh, N.C., nonprofit developing Latinx leaders.

El Pueblo made a point of showing up at every public hearing on new district maps, though they were often held at inconvenient times, without translations for non-English speakers, and sometimes seemed perfunctory.

El Pueblo, she said, focused on “looping in all of our community members … grassroots groups doing amazing work,” and ultimately submitted 4,000 public comments into the process.

So, community-based organizations “have the responsibility to help explain,” anywhere they meet the public, how redistricting decisions “ultimately determine if a community is or is not represented in government.”

She recommended her organization’s website, Redistricting Academy, that offers a course of informational videos and printed materials in English and Spanish and then provides a conduit for people to get involved in the process in all 50 states.

Manuel Mejia, of Democracy NC, cheered Hurtado’s interest in an Independent Redistricting Commission and discussed issues particular to his work in the state’s fast-growing rural regions, more populous and diverse than is sometimes assumed.

“You hear it across racial categories, but especially in the Latino community. You just get this sense of ‘well, I guess I don’t matter. I’m forgotten, I don’t matter, it doesn’t matter.’”

To reach those communities, he said, it’s important to respect the work already under way and meet people where they’re at, for instance, churches.

Going door-to-door is more difficult here, Mejia said, and churches, too, are likely to be resistant to engaging in political work, so persistence and patience is important.

Fatima Diop, of the International Advisory Committee of Greensboro, described how demoralizing unfair redistricting is in her community, and also endorsed DemocracyNC.org as an organizing resource.

“We need to get involved,” she said, “because this can impact us. We’re going to be able to choose the people who understand our needs, come to us and make sure our voices are heard, make sure we’re part of decision-making.”

“If you care that in 2023 congressional maps are going to get redrawn, then the people who draw them matter,” Hurtado said, including judges, who rule on disputes.

“I think for Latinos, immigrants, anyone that cares about good, effective, responsive government, who believes in the American experiment of democracy, participating in the elections that will choose people who will draw these maps is very, very important.”

Omicron and a Collapsed Healthcare System: This is How COVID Closes 2021