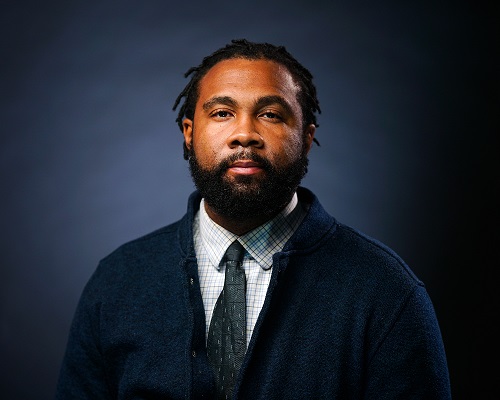 Evan Milligan has high aspirations for the state of Alabama where communities of color — including recently arrived Spanish, Korean, Chinese, Arabic and Vietnamese speakers as well as African Americans — now make up a growing percentage of the population, even as the white population has declined.

Milligan believes the demographic changes documented by the 2020 Census will lead to a broader, more inclusive culture if – and only if – the state’s redistricting process, now in full swing, ensures more equal representation for all groups.

Milligan is executive director of Alabama Forward, a statewide coalition of multi-racial community groups pushing for greater participation by all Alabamans in the political process. For inspiration he draws on his parents’ inter-generational household in Montgomery, their passionate activism and his own work and travels in Brazil, the Holy Land, Italy, and South Africa.

As a religion major at Birmingham Southern College, a liberal arts school affiliated with the United Methodists, Milligan took a semester abroad in South Africa. After graduating in 2003, he returned for a year through a Rotary Ambassadorial Scholarship. “I chose a graduate program that focused on connections between theology, human rights and community development. Some of the individuals I encountered had survived torture under the apartheid regime.” Milligan said he draws from those personal interactions to inform the work he now does in Alabama and which complemented the social dynamism of his parents.

By the time he reached second grade, they had moved to Montgomery, the city of his mother’s birth, to care for his maternal great grandparents, a grandmother, and other relatives. “My mother was like the granddaughter who had connections to everyone…she felt it was really urgent to come back to Alabama to assume a caretaker role.”

His family’s dealing with issues ranging from strokes to car accidents and Alzheimer’s became a window into the disparities in health care Alabamans faced for generations and still face today. Milligan points to the state’s failure to expand Medicaid as a key reason for why it has the highest infection rate and second highest fatality rate due to COVID-19. With the worst ratio of mental health professionals per capita in the country, he adds, “How do we grieve and deal with the pandemic trauma?”

In late June, Milligan’s father died, though not from COVID-19. Yet, Milligan encountered the inadequacies of care from an overtaxed hospital staff, truncated visiting hours and other shortcomings exacerbated by the pandemic.

Now, after a year at Alabama Forward’s helm, Milligan is focused on expanding state-wide community participation in how the state legislature redraws maps to determine congressional and state legislative districts.

“My first job after college was working on a statewide campaign to amend Alabama’s constitution to reform our income and property laws,” Milligan notes. “That was the first time I could look at the structural and legal basis that leave our communities so vulnerable.”

The experience gave him a framework as an organizer, whether working on childcare advocacy or as a paralegal in criminal defense, to look at the structural causes for racial injustice and White supremacy in Alabama. “I had this common thread in my mind, how it is all inter-twined in our civic infrastructure here.”

When he was offered the job at Alabama Forward, he says, “I was like wow, this will be a great place to draw on those experiences.”

Alabama Forward fosters coalitions with grassroots groups. “We have 25 member organizations—some statewide, some very local. Most are led by women and the groups individually work on issues ranging from climate change to labor rights to removing racist iconography. Our common aim is to make civic institutions more accessible and broaden the voter base.”

Since incorporating in the fall of 2020, Alabama Forward has distributed more than $600,000 in subgrants to help groups with outreach and voter protection. It also held a legislative summit, in part to let state legislators know the issue of fair mapping was a community priority.

“Redistricting sets the landscape for who we vote for and who determines the flow of resources to our communities,” Milligan says. “It’s important to increase public education and engagement so that people to learn about how our government actually works.”

Redistricting, Milligan adds, is not like voting; it happens only once every 10 years. Many of the people Alabama Forward works with are experiencing redistricting for the first time. “The next time it comes around, in 2030, if we do our jobs right, we will have many more people engaged and a shot at greater representation for all Alabamans.”