Amazon to Pay $61.7 Million to Flex Drivers Whose Tips Were Withheld 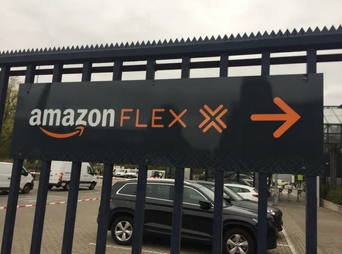 Amazon will pay over $61.7 million dollars to the Federal Trade Commission following an investigation that revealed that for two and a half years the company failed to pay Amazon Flex drivers the full amount of tips they earned from Amazon customers.

The $61.7 million will be returned to Flex drivers and is equal to the full amount of tip money Amazon withheld.

According the FTC’s complaint, Amazon advertised that Flex drivers would be paid $18-25 per hour while making deliveries and would keep 100 percent of tips they earned. Statements such as: “You will receive 100% of the tips you earn while delivering with Amazon Flex,” were featured on job recruitments and other documents given to Flex drivers.

Amazon also assured its customers that 100 percent of tips they paid would go directly to drivers.

“Rather than passing along 100 percent of customers’ tips to drivers, as it had promised to do, Amazon used the money itself,” said Daniel Kaufman, Acting Director of the FTC’s Bureau of Consumer Protection in Feb. 2 press release. “Our action today returns to drivers the tens of millions of dollars in tips that Amazon misappropriated and requires Amazon to get drivers’ permission before changing its treatment of tips in the future.”

The Amazon Flex program classifies its drivers as independent contractors and Flex drivers use their own vehicles to deliver groceries and other products through Prime Now and AmazonFresh, both of which allow customers to tip drivers.

In 2016, Amazon reduced its promised $18-25 to a lower hourly rate. They did not disclose this shift to drivers and instead used the $61.7 million in customer tips to make up the difference between the reduced hourly rate and the promised rate. Amazon’s failure to inform drivers of the reduction in their base pay was intentional and the company continued to promise both drivers and customers that drivers would receive 100 percent of their tips. Amazon also instructed employees only to ‘react’ to questions and according a Feb. 2 FTC press release, an Amazon employee has said that the company “did not want to communicate any pricing changes to the [drivers].”

“The specifics of our allegation and complaint are that this is a violation of the FTC act which prohibits deceptive acts of commerce,” explained Guy C. Ward, Staff Attorney with the FTC.

Amazon received hundreds of complaints as drivers noticed their pay was decreasing. Drivers who complained received a form email falsely stating Amazon was continuing to pay drivers 100 percent of their tips. Amazon continued to subsidize the reduced hourly pay with misappropriated tips until August 2019 when the company learned it was being investigated by the Federal Trade Commission.

Along with the $61.7 million settlement, Amazon is also prohibited from misrepresenting likely income, how much of their tips drivers will receive, and whether the amount paid by a customer is a tip. Amazon will also have to get “express informed consent” from drivers before they can make any changes to how drivers receive their tips, said Ward.

Amazon will also have to demonstrate to the FTC that its practices are not in violation of the new order.

“There are certain requirements within the order that require Amazon to send certain information in the future to the FTC to demonstrate compliance with the order. The core concept of our case against Amazon is that they have to be honest with both the gig worker and the customers paying tips,” explained FTC Staff Attorney Claire Stewart.

Amazon drivers can sign up for email updates on the status of the refund process in the case here: https://public.govdelivery.com/accounts/USFTC/subscriber/new?topic_id=USFTC_155. The FTC will issue a press release when the checks are mailed and details about the distribution will be added to the FTC website at that time.

“While the gig economy is changing the way the way people work, the FTC applies just the same. We will hold companies accountable for their compensation claims,” said Stewart.

“This sends a message to companies who use gig workers that they have to be honest about pay and tips with those workers and those customers who leave the tips,” Stewart added. “If they change their polices on pay and tips they have to make sure workers understand and agree to changes, and that more broadly applies to other people in the industry.”