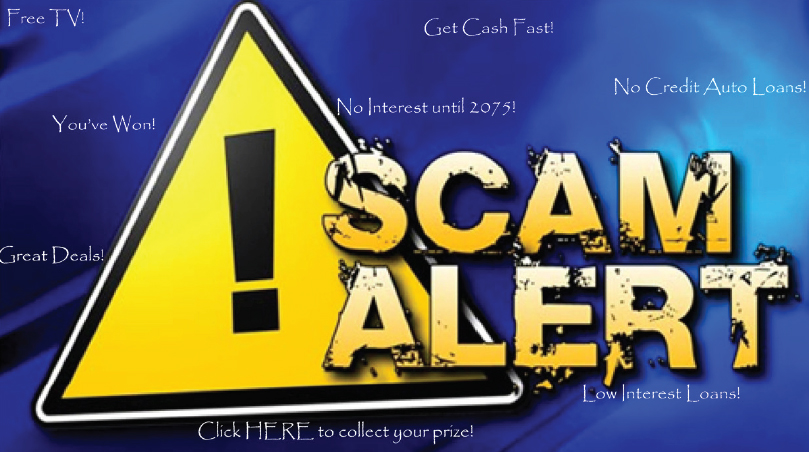 (Milwaukee, WI) -- African Americans and Hispanics continue to be victimized by consumer scams at higher rates than white Americans but are more reluctant to report their experiences, according to the Federal Trade Commission (FTC) officials.

“African Americans are almost twice as likely to be victims of consumer fraud as whites,” said Todd Kossow, FTC’s Midwest Regional Director, noting that Hispanics also are victimized “at a significantly higher rate than whites.”

He listed debt-related scams that hold out the hope of avoiding foreclosure, paying down student loans, and credit card debt among the leading monetary enticements that lure poor, low-income, or otherwise financially marginal individuals to grasp at the false promises of solvency and freedom from creditors.

Kossow led off a discussion on consumer fraud with other FTC officials and an all-star panel of experts drawn from federal agencies, including IRS Criminal Investigations, the U.S. Attorney’s Office Elder Justice Initiative, U.S. Postal Inspector Service, and the Federal Deposit Insurance Corporation. They were joined by a representative from Wisconsin’s Department of Transportation’s auto division, other state and Milwaukee city agencies, including the Milwaukee Public School District, as well as local participants from consumer advocacy organizations like the AARP, and the Better Business Bureau. Media also attended the event, held at Milwaukee’s Washington Park Branch Library.

Sandy Close, founder of Ethnic Media Services, termed the symposium “a convening of fraud busters in order to create a community of informed advocates. Local media are vital to this effort.” EMS, an organization that serves ethnic media, has co-hosted similar events with the Federal Trade Commission for over three years in cities across the country. The magnitude of the crisis is pervasive and daunting.

Kossow said latest data show that 11 percent of America’s adult population, or approximately 25.6 million people, were victims of scams in one year alone. Though reporting can be done anonymously, African Americans and Hispanics have been less likely to report fraud, making it more difficult for enforcement officials to alert consumers to the latest scams. That underreporting prompted an FTC report.

In Milwaukee, and throughout the country, imposter scams comprise the greatest number of consumer fraud events; “any scam where someone pretends to be who they are not in order to get your money,” Kossow explained. These scams are often initiated over the phone by an individual who claims to be an IRS agent, or is calling from the Social Security Administration, from a well-known institutional authority or reputable corporation. Also proliferating are technical support scams, where the caller convinces a consumer that a computer or a piece of equipment needs a patch or adjustment of some kind.

Aside from fraudulent schemes that can potentially affect any consumer, there are scams rooted in bitter legacies of discrimination, for example, when banks, through redlining, declined to offer mortgages to African Americans seeking to live in certain neighborhoods or zip codes. Insurance companies likewise shirked legal obligations behind the veneer of prudently avoiding doing business with “high-risk individuals,” the not so discrete term for people of predominantly non-European descent, or, who, if then insured, were charged exorbitant rates.

Jessica Roulette, an attorney at Legal Action of Wisconsin, and a native of Milwaukee, spoke to the ramifications of this history. “Scammers prey on the effects of structural racism, the fact that minorities have been excluded from our banking system; excluded from home ownership.” She cited the 2008 financial crisis as but one fairly recent example of how financially unsophisticated, low-income consumers, were steered into burdensome mortgages designed to fail.

She outlined how structural inequities have affected minority and poor communities in her city and continue to impede home ownership, the primary means of the transfer of intergenerational wealth in America. She exuded particular scorn for home ownership scams, such as rent-to-own, and explained how aspiring low-income homeowners in the city are currently being bilked by predators.

“These deals offer the worst of both worlds for consumers,” Roulette said, “because they actually never transfer ownership of the property to the consumer.” The initial pitch to prospective homebuyers, in what is likely to be the largest financial transaction of their lives, is ‘you’re building equity so you can own it one day,’ and that’s what many people want.”

“What you’re actually getting is a property tax burden that may not ever be disclosed,” Roulette said, or a home that may be uninsurable due to its poor condition or, ultimately, even uninhabitable. She said unsuspecting victims, initially proud, thinking they are homeowners, are often embarrassed at their predicaments, thus often becoming, predictably, among those who fail to report the fraud.

Immigrants also, especially those who have functioned outside the traditional banking system, are vulnerable to these types of scams. Without community members sharing their knowledge and gaining an understanding of their rights, simply put, Roulette said, “it’s easy to be deceived.”

Parker Rios, VP of Workforce Development at United Migrant Opportunity Services (UMOS), which has an over 54-year presence in Milwaukee, said, “over 1,000 people come through our doors every day for the services that we offer.” His staff also functions as case managers for its Latino clientele, including recently resettled refugees.

He said information on the prevalence of frauds and how they work could be better collected by his staff if they had a greater understanding of what questions to ask. “We’re all in,” said Rios, after listening to the presenters, inviting them to share their knowledge at upcoming UMOS staff training sessions.

The FTC provides materials in Spanish and other languages, but Milwaukee’s Hmong population poses a unique challenge. Wisconsin, given its relatively small size, boasts the largest per capita Hmong population in the country, and, at approximately a quarter of a million people, the third largest Hmong population, trailing only neighboring Minnesota, the second largest, and California.

Zongsae Vang, senior specialist of Hmong American Friendship Association, cited numerous examples of friends and relatives who fell victim to virtually every fraud described during the meeting but identified business pyramid schemes as especially appealing to Hmong community members seeking to attain the American dream of financial independence. “We’ve lost a million dollars in Milwaukee only,” he said of pyramid schemes, $20,000 of which belonged to Vang’s cousin.

Some lost life-savings because they were convinced of the need to give their bank account information. Others were conned by IRS or Social Security imposter fraud. Vang returned home one day, in the nick of time, he recalled. His wife was on the phone speaking with someone offering an upgrade for her computer. Vang convinced her to hang up. He said he has found these experiences gut wrenching. “It hurts,” he acknowledged, “I feel pain,” adding that “minorities get hit the most. They don’t know how to report or they don’t know how to handle the situation.”

That sentiment was wholeheartedly endorsed by the FTC’s Lois Greisman.

Greisman leads the Division of Marketing Practices in the agency’s Bureau of Consumer Protection. Among the advice she shared, as did Kossow, was to encourage attendees to spread the message that anyone soliciting payment by use of a gift card was likely a scam artist. And, as many phone scams originate from overseas, a caller who demands payment by a wire transfer, using Western Union or MoneyGram, as examples, should be considered one also. She explained that once the money leaves the United States, it’s harder to trace and far more difficult to recoup.

As in her other presentations at FTC-EMS events, Greisman emphasized that one of the best ways for consumers to avoid a scam is, before you act, tell another person about that free vacation, winning lottery number or any other too good to be true opportunity that only requires a minimum contribution to unlock the prize.

Importantly, Greisman reminded attendees, the FTC is an enforcement agency. She explained that the FTC can seek a federal restraining order that allows it to legally “freeze cash, freeze brokerage accounts, freeze jewelry, freeze real property” or other assets of a criminal, fraudulent enterprise before its operators can dissipate those assets. “Our primary goal is to return money to consumers and stop the frauds.” Neither, she stated, can occur unless information about fraud is shared in, between, and among America’s communities.