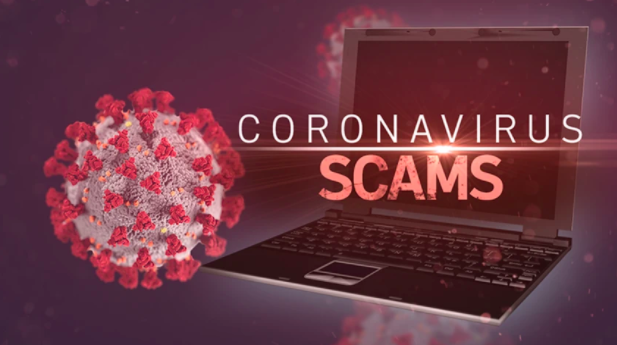 For a family in Billings, Montana, a personal apocalypse rode into their lives over the telephone.  The voice was indistinct, but the circumstances were clear. Her grandson was in jail; didn’t want his parents to know just yet – sort that out later – but desperately in need of immediate bail money.  Though the February snowstorm was heavy, she gathered the things necessary to make that drive to the bank to withdraw the funds. Of course the grandfather, her husband, insisted on accompanying her.

“On a very steep hill here in town,” recounted Detective Brett Lapham of the Billings Police Department, “she loses control of her car and starts sliding down the road, hits a curb, hits some mailboxes, clips a parked vehicle, which causes her vehicle to roll on its side. Both individuals are trapped in the car and have to be extricated by the fire department. Unfortunately, her husband passed away due to his injuries.”

Lapham spoke at a media symposium on the latest variety of scams in Montana.  Sponsored by the Federal Trade Commission (FTC), the event underscored the FTC’s mantra: scammers follow the headlines. Now, of course, COVID-19 virus related scams are ubiquitous.

There are scams hyping inadequate or faulty COVID-19 personal protection equipment (PPE) and scams pitching non-existent job training and placement programs – for a fee in advance, of course. Typically, these scams don’t directly incur fatalities, as did the grandparent scam, but scams drain vital financial resources from individuals, families, and communities, often from the people who can least afford the loss.

“The FTC has logged more than 400,000, yes 400,000 consumer complaints related to covid-19 and stimulus payments,” reported Chuck Harwood, Director of the FTC’s Northwest Regional Office. “More than two-thirds of those complaints involve fraud or identity theft. These scams have cost consumers almost $380 million.”  There are even scams that offer relief, upfront fee required, to those who have been scammed and a new scam has surfaced around surveys.

“Right now, for example, we’re hearing of people across the country who are getting emails and texts out of the blue asking you to complete a limited-time survey about the Pfizer, Moderna, or AstraZeneca vaccine in exchange for a ‘free reward,’ provided that they give their bank account or credit card number to pay for shipping of this reward,” Harwood explained. “If you get an email or a text about a vaccine survey and offering a free reward, just stop. It’s a scam. No legitimate surveys ask for your credit card or bank account number to pay for a ‘free reward.’”

Hayes said her client base typically share a low-income status, but that’s only the starting point. “We are representing survivors of domestic violence, senior citizens, veterans, Native Americans, folks with disabilities, folks with limited English proficiency.” For scammers, Hayes observed, “these are the kind of folks, especially when something like a stimulus payment is on the way, are prime targets.”

The arrival of stimulus checks won’t resolve struggle to maintain housing, for example. Housing instability is ratcheted up when scams suck dollars out of family budgets.

“The pandemic has created what we refer to in the housing industry as urban refugees,” agreed Hanna Tester, Housing Network Manager, NeighborWorks Montana. People who could no longer afford mortgage or rental payments and seek lower rent often in rural areas have created an on-ramp for scams. “Counselors are reporting an influx of fake Craigslist ads,” Tester noted. “Those who don’t actually own a property but will advertise a property and then collect a security deposit for first and last month’s rent — but there’s actually no property available. So that’s the biggest scam we’ve seen plaguing the housing market.”

Rural Native American communities and reservations have also experienced an increase in scams.

“Indian Country was once immune because of its isolation; if somebody wanted to come and steal or defraud people in Indian Country, they physically had to come onto a reservation,” explained Shawn Spruce, Programs Consultant, First Nations Development Institute. “Now our Native communities are literally just a swipe away on the iPhone from bad actors.”

Then, too, there are more Native Americans with enough assets to make scamming a worthwhile venture.

“There’s been a lot money that’s gone into Indian County within the last 10 to 12 years or so,” Spruce noted. “In the Corbell lawsuit that was settled in 2009 for $3.4 billion, now $1.4 billion of that was paid directly to plaintiffs. And then there’s $2 billion that was set aside to repurchase fractionated land interests.”

The landmark Corbell suit was brought against the U.S. Department of Interior for restitution on behalf of Native Americans who could prove they were adversely affected by that agency’s mismanagement and theft of Native American royalties for mineral and oil leases, and right of ways over their property.

Panelists agreed that consumer education is the key to reducing the likelihood of a scam being effective. Chuck Munson, an attorney with the Montana Department of Consumer Protection, recounted the story of a retired widow who had met a man online on a dating website who claimed to be a successful contractor.” When he asked for funds to resolve some licensing issues, her bank grew suspicious over the size of the request and called a local Adult Protective Services office  who then called the Office of Consumer Protection. “We were all able to investigate and confirm, it was a scam and the requested transaction ended up being cancelled…. She was heartbroken…. but she’s also very grateful to have been educated.”

In 2019, Munson said his office logged over 6,100 calls and was “our busiest year on record.”  Even though the number of calls decreased in 2020, a year when the public was fully aware of the pandemic, “it was still our third busiest year.”

One irony is that recent immigrants, particularly refugees, appear to be less susceptible to phone scams than their American neighbors.  “One of our clients’ biggest barriers, which is language, has actually been a benefit to these situations,” said Heather Molloy, Resource Center Coordinator, Soft Landing Missoula, a nonprofit which works with immigrants and refugees.  Montana’s four main refugee resettlement populations hail from the Democratic Republic of the Congo, Eritrea, Iraq, and Syria, none of which are English-speaking countries.  “None of our clients – knock on wood – have given money to anybody, but they definitely all get phone calls and text messages from scammers.”

Andrew Johnson, Chief of Staff, FTC’s Division of Consumer and Business Education, said he understands that when people are facing difficult times and may have been caught up in a scam, reporting to the FTC is not a major concern. “Reporting these scams to the FTC is really important … reports allow us to get ahead of the curve when we’re able to learn about a new and emerging scam in real time.”