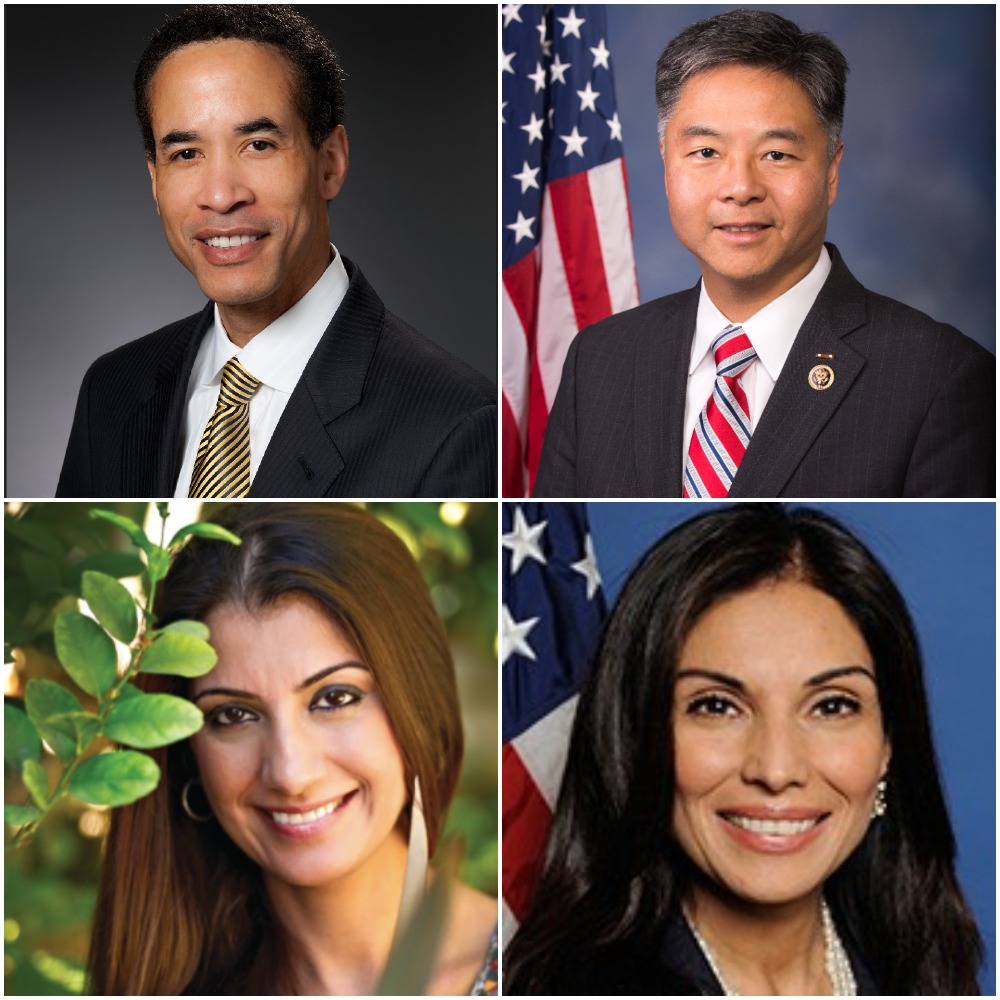 The first round of the government PPP disappeared among the big banks and big business owners.  What can ethnic businesses do to access federal relief?

In just five days, Sumita Batra, CEO of Ziba Beauty, went from planning the opening of her 14th beauty salon in Southern California to laying off her whole team of more than 100 employees so they could apply for unemployment benefits.

“For me it’s been like losing a member of my family,” said Batra in a news conference organized by Ethnic Media Services, in which experts discussed the state of small businesses, most of which founded by minorities and highly impacted by the COVID-19 pandemic.

“We offer an intimate and personal service. I can’t remove your eyebrow hair without touching you,” Batra explained referring to eyebrow threading, a technique that originated in India and that Ziba Beauty pioneered in the United States. “I’m not comfortable risking the health of my team or that of my clients. I’ve decided not to reopen the stores, at the risk of losing the 33-year-old brand that my mother and I built with our own hands,” added Batra. Her mother, who is over 70, now suffers from arthritis.

Ziba Beauty closed all its stores on March 13, leaving 45,000 clients without service. Since then Batra has had to pay salaries, vacation back pay and late rents from her own pocket. After many calls and paperwork, Batra was able to access the Paycheck Protection Program (PPP), which offers loans from federal government stimulus funds.

But only 12 per cent of Afro-American and Latino businesses and 25 per cent of Asian-American businesses, have been able to access the PPP, approved by Congress in April in a $350 billion stimulus package. Although the aim of the program was to help small businesses with fewer than 500 employees to survive the pandemic, the funds ran out in just two weeks as hotel chains, restaurants and even big businesses with risk capital benefited from the money.

“It wasn’t a fair fight,” said Charles Phillips, philanthropist and a Class A director of the Federal Reserve Bank of New York (FED). “All the money went to the big banks.”

Phillips explained that small businesses don’t have relationships with banking giants like JP Morgan or Bank of America, which have the oiled machinery to automatically fill out applications, receive government money and satisfy their big clients.

For micro-enterprises, PPP loans must be granted by The Community Development Financial Institutions (CDFI), which have more limited capital and serve communities facing the barrier of the English language. Though there are a little over 1000 CDFIs around the country, only 90 participated in the first round of loans.

“The application process is more complicated and now the Fed is providing more guidance and the CDFI are learning the rules,” said Philips.

At the end of April, an additional $484 billion were approved by Congress for the second round of PPP financing. Sixty billion dollars of that were set aside to be distributed by smaller banks with less than $50 billion in assets. That has allowed 324 CDFIs to participate this time and to reduce loan amounts from an average of $260,000 to $115,000, which leads to access by small businesses to the money.

Other barriers, explained Philips, are, for example, that more than 90% of Afro-American-owned businesses do not produce documentation such as W2 or 1099 forms or they just cannot afford the luxury of requesting loans that they will not be able to repay later. Even within the Latino community, people have already been swindled by unscrupulous agents, who asked them for money in return for filling out the applications. In addition, the PPP stipulates that 75% of the loan must be used to cover paychecks and there are companies whose operating costs are much higher than the salaries.

“Collateral warrantees or tax returns are not necessary now. It’s been easier in the second round,” said Philips. “But we still have reasons to worry. We need more economic stimuli, and there are more people acknowledging that, both in the House as well as in the Senate.”

In the last few weeks, Congress approved four bipartisan laws, two of them aimed additional funds to the PPP for a total of $300 billion, according to Representative Ted Lieu, of California’s 33rd Congressional District.

“We (the democrats) fought hard so that the second round of funding would be accessible to businesses with less than 20 employees,” said Lieu, whose immigrant parents started a business with no idea of what a loan or a chamber of commerce were or how the government worked.

“The challenge is that the CDFIs and the businesses understand that this program exists.” That is why Lieu ensured that each member of Congress have personnel dedicated to helping business owners apply for loans.

A problem of gender

In addition to the problems minorities face in accessing these loans, historically, businesses founded by women only obtain 2% of risk capital funds. Shelly Collins Kapoor, founding partner of Shatter Fund, a fund that invests in the initial stage of companies founded by women entrepreneurs, shared the number as she warned of what could happen in a post-COVID era.

“In a survey we took among our clients, we found that a third had to lay off their employees and more than half had no access to capital and had to close down their businesses,” said Kapoor, who is also a member of California Governor Gavin Newsom’s entrepreneur task force.

Around 12.3 million businesses across the country are woman-owned. They employ nine million people and generate $1.7 trillion in income. “If women continue expanding their businesses, we have the chance to increase our GDP by $500 billion,” said Collins.

The businesswoman warned that the pandemic cannot let what happened in World War II to happen again: “women roll up their sleeves during a crisis and when it passes, her work is forgotten,” she said referring to the number of women who are essential workers.

In the last month, Batra of Ziba Beauty has had to reinvent her business and now offers a line of “essential COVID kits” that include KN95 face masks, hand disinfectant, alcohol wipes, toilet paper and gloves that were part of the inventory in her salons.

“I had no idea of how to do online business or how to manage inventory. I didn’t even know what a CRM (Customer Relationship Management) was,” Batra said. Today her sales do not make up even 10% of her previous income, but she is sure that if aesthetic services of her kind return very soon, they will only contribute to the spread of COVID-19.

“I’ve discovered how by using existing technology for medical sterilization, I can keep my salons sterile, but what I don’t know is how to keep clients sterile so they don’t bring the virus to the salon,” said Batra. “When I discover that, then I might become a millionaire, because that’s the question we’re all asking ourselves,” she concluded.