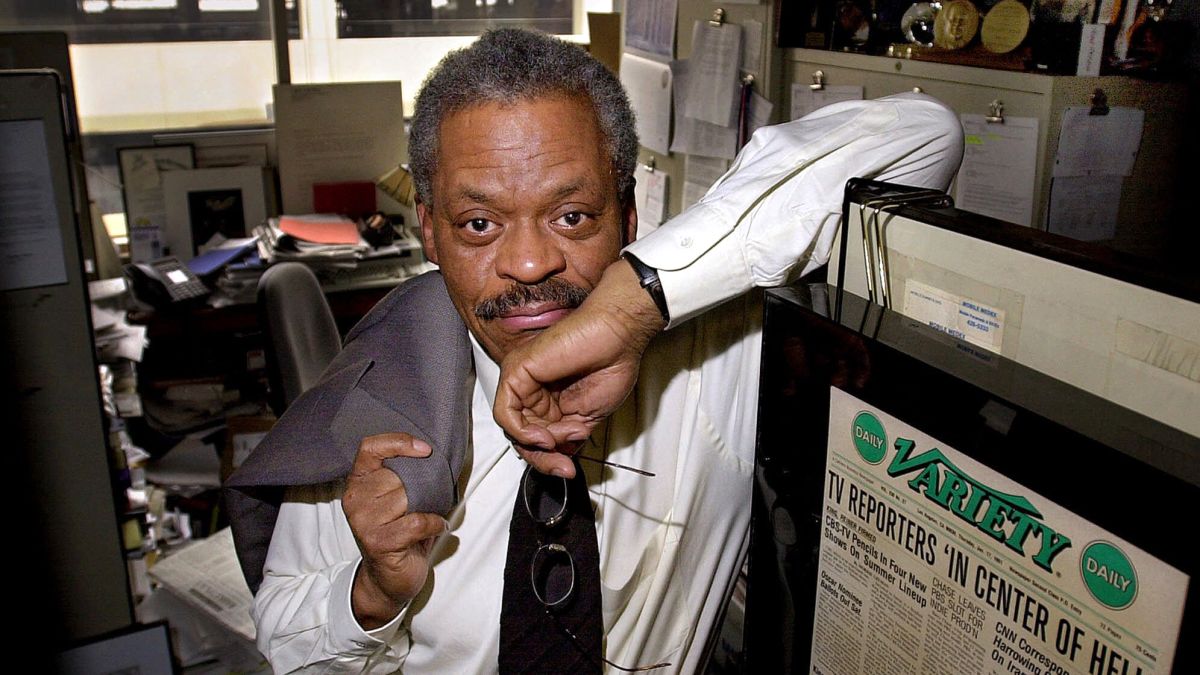 Groundbreaking and original CNN anchor Bernard Shaw has died of pneumonia, according to a statement released by his family.

“CNN’s beloved anchor and colleague, Bernard Shaw, passed away (Sept. 7) at 82. Bernie was a CNN original and was our Washington Anchor when we launched on Jun. 1, 1980,” Chris Licht, CNN Chairman and CEO said in a statement.

“He was our lead anchor for the next twenty years, from anchoring coverage of presidential elections to his iconic coverage of the First Gulf War live from Baghdad in 1991. Even after he left CNN, Bernie remained a close member of our CNN family, providing our viewers with context about historical events as recently as last year. The condolences of all of us at CNN go out to his wife Linda and his children.”

As CNN’s first chief anchor when the network launched in 1980, Shaw immediately showed why he was the man for the job.

When John Hinckley Jr. shot President Ronald Reagan, Press Secretary James Brady also took a bullet to the head from the would-be assassin. Clamoring to break the news, anchors across the nation and on CNN rushed to proclaim Brady’s death.

“When conversing with Shaw about why he was the only anchor covering the 1981 assassination attempt on Ronald Regan to not report that James Brady was dead, Shaw said that he didn’t go on air with the information because he didn’t have confirmation with ‘anyone in the room,’” CNN analyst Jack Cafferty said during a Jan. 4, 2006, spot on the network’s “The Situation Room.”

“Shaw didn’t report the erroneous information when all the network anchors did,” Cafferty recalled.

At CNN, Shaw reported on some of his generation’s most memorable news stories.

He anchored coverage of the infamous Tiananmen Square incident in 1989, the first Gulf War in Baghdad in 1991, and the 2000 presidential election that featured Republican George W. Bush and Democrat Al Gore.

Shaw began his broadcasting career as an anchor and reporter for WNUS in Chicago. According to the African American Registry, he then worked as a reporter for the Westinghouse Broadcasting Company in Chicago, moving later to Washington as the White House correspondent.

He served as a correspondent in the Washington bureau of CBS News from 1971 to 1977. In 1977, he moved to ABC News as a Latin American correspondent and bureau chief before becoming the Capitol Hill Senior Correspondent. He left ABC in 1980 to move to CNN as its Principal Anchor.

This story was originally reported by Black Press USA. Read the rest of the story here.

I’m Dreaming of a Flight this Christmas