Feet in 2 Worlds, the journalistic project that has brought hundreds of immigrant voices and stories to all Americans 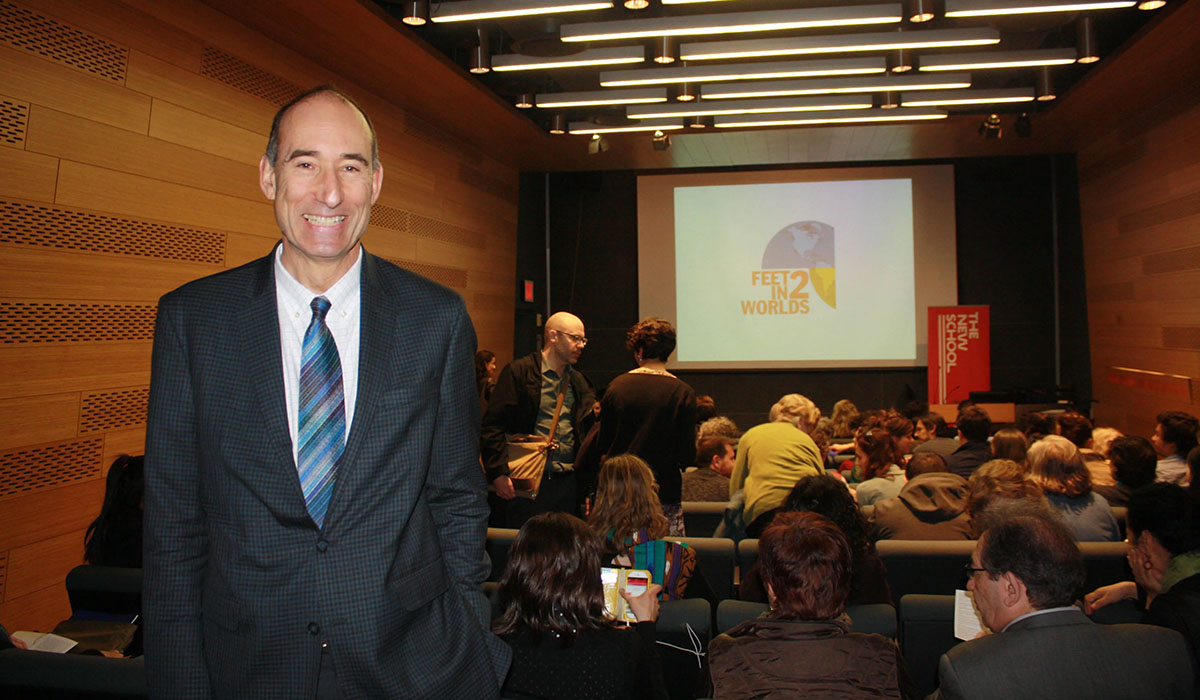 “It matters who tells the story” is a mantra that continues to drive Feet in 2 Worlds 17 years after the project´s founding by veteran radio journalist John Rudolph.
At its founding, the concept of having ethnic journalists tell their own stories in more mainstream media organizations was completely novel.

Today, according to Rudolph, FI2W can boast of having advanced the careers of hundreds of ethnic journalists through training, mentoring and special projects. Many now work in multiple media platforms “advancing the voices of immigrant journalists and thereby immigrant communities,” Rudolph says.

On July 1, FI2W and its project “Food in 2 Worlds” will join Ethnic Media Services to co-host a national news briefing celebrating the role of ethnic foods in the U.S. It’s also planning a food journalism workshop in Los Angeles in the winter.

How did Feet in 2 Worlds come to be?

It all started with a public radio documentary about new immigrants in NYC, and we came up with a concept that was brand new at the time: rather than having someone like me, who is three generations removed from my family’s immigrant experience, tell the story, we wanted immigrants to tell it. We recruited three newspaper reporters who served immigrant communities but never had done radio, and mentored them to be radio producers. We included their stories in the documentary.

We realized then that we had discovered a way to bring new voices and greater diversity to public radio. I grew up in NYC and the stories of immigrants were near and dear to my heart. But we really thought the way they were interpreting and reporting what was happening in their communities was the most important thing. One of our mantras became “It matters who tells the story.”

Where are you now, 17 years after that?

The New School became our home and we kept producing stories about immigrants and mentoring and offering fellowships to journalists working for newspapers. We started primarily in the New York City Metropolitan area but today we are a national organization and last July 1st we became an independent nonprofit organization. Our staff is spread around the country as well as the journalists we work with.

We now have a network of several hundred people who´ve had our fellowships or attended our workshops who are working in a variety of media; some became journalism educators or community organizers.

How did you get into food journalism and why?

A few years after FI2W was established I asked the staff: what do you want to do? We had spent a lot of time covering unsuccessful attempts to pass immigration reform and it was so depressing and dispiriting. Everyone said let’s do food!

We discovered what we knew but hadn’t experienced personally — that food is the common denominator, the expression of the immigrant experience that is accepted by everyone regardless of their political tendencies, their background, their ethnicity. Americans love food and they love the incredible variety of food that immigrants brought to the US over the centuries.

We started a podcast series, Food in 2 Worlds and that won a media award by the International Association of Culinary Professionals and later, we did a journalism workshop in Detroit. We partnered with the local public radio station and mentored 4 women journalism fellows, who had little to no radio experience, and they all produced radio and print stories for the website. They’ve all gone on to do amazing things in Michigan and Detroit.

We’ve held other food workshops, our last one pre-covid was in San Francisco in 2019 and we are now planning a food workshop, the first after Covid, next winter in Los Angeles, the perfect place because there’s so much amazing food and so many immigrant communities and people and there’s a lot of food journalism and a lot of people who want to become better food journalists.

Feet in 2 worlds has upcoming opportunities for ethnic journalists:

Q&A: ‘For Ukraine, From Overseas Vietnamese with Love’